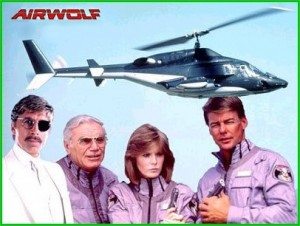 We’ve been playing a lot of Space Wolves lately and I can tell you that there is a new list on the horizon: AIRWOLF!

Check out the Tactics Corner for more great tactics articles!

So, Space Wolves are going to be REALLY good, with lots of excellent lists (we have found a number of them already). However, one stands out as pretty bad ass, and that I believe we will be seeing a lot of: AIRWOLF!

So, what does this consist of?

The Stormwolf is brutally good. With a solid transport capacity, assault vehicle status and a blistering arsenal of weapons mounted on a durable AV12 hull, this vehicle is no joke.  In our test games only concentrated AA has been able to take them down and they easily nuke ground targets, particularly with PotMS to fire on two targets.

Taking them as a dedicated transport for cheapo Blood Claws is a solid choice, and, they become ObSec while in hover mode. However, even sitting low on their base, you may not be able to get within 3″ of an objective to actually pull it off, but it is possible. The boys inside though, can definitely hop out and get it done. Plus, as an assault vehicle, Blood Claws can jump out after it goes into hove mode and punk a weak unit or get some extra range coming out of it to grab a distant objective. 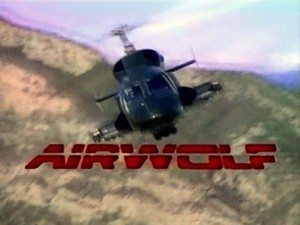 The key though, is having a reliable anchor unit on the ground to survive until the Stormwolves come in to play.

JY2 had the idea of using a Land Raider Achilles to anchor the list as with immunity to lance and melta, and -1 on the damage table protecting an AV14 chassis, that is about as resilient as you get. Plus, it can house an ObSec unit to give you even more objective grabbing power. It also packs some good firepower with a T-Fire and two, twin-linked Multi Meltas.

Baring that, you could take some T-Cav to give you some assault punch!

At any rate, here is a list we have been considering!

That leaves you a few extra points to mess around with.

You keep the Lord and Wolves out of LoS if you need to and simply wait for team AIRWOLF to show up. Then, use your speed to get in their and do work. If you aren’t worried about getting wiped before the flyers show up, you go forward with them aggressively and apply more pressure. When the flyers show up, you unleash a blistering amount of firepower and then play the waiting game for your Blood Claws to either jump into assault where needed to take out weak units or vehicles, or, wait for endgame to take objectives.

Also, you don’t HAVE to load up in the Stormwolves. You can also have the Blood Claws start on the table or go into normal reserves as needed if that is the better course of action.

The strengths of the army are–obviously–lots of mobile, heavy firepower and scoring units. Try to place Objectives off of ground level so that it is easier for your flyers to score them. As that will help a lot.

The weaknesses of the army is facing opponents with high model count armies. While you have high strength shooting, you do not have high volume and a horde can simply wait you out, soaking the damage while earning points during the game and then take end game objectives, winning without worrying too much about actually fighting you. You rely on your Lord and Wolves to clear the riff raff! Also, and again pretty obviously, you will be weak to heavy AA armies. Those though, are relatively rare. If you find yourself facing another air-force army, always try to go second so that you can come on after the other flyers and alpha strike them. And, typically, you will always want to go second as you can deny your opponent a first turn of shooting if your Thunder Lord and Wolves are out of LoS, plus you get the last shot at taking objectives, too.

Always go for the Strategic Warlord trait that allows you to reroll reserve rolls. That will be critical to getting your boys in on time.

Is this a GT winner? Eh, it is an extreme army. It will win big by overwhelming the other guy’s ability to stop you, or it will face it’s hard counter and you will lose big. These types of armies live or die by match-ups and if you get luck and draw good matches all tournament (which, most other lists are a good match for you) you will win. If you do not, or have a game with crappy reserve rolls, you will lose. However, it will probably be a fun army to try!

What AIRWOLF lists are you all thinking about?

Leave a Reply to Bdub