Come on in, the water is fine! 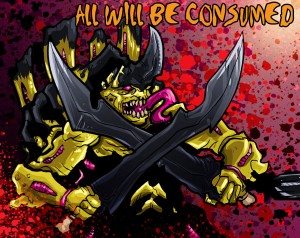 Geoff “InControl” Robinson of Star Craft 2 fame, chimes in on his experience at the BAO!

On the heels of BAO we’ve read a lot of horror stories about what negative things COULD happen at tourneys and I read a lot of comments from people saying something along the lines of “SEE! That is why I don’t go to tourneys!” These people are referring to the fear of playing against someone that is cheating, is competitive to the point of having an attitude or in general just not enjoying the brutal lists that lurk in the dark waters of a GT. Let me start off by saying I get it. These anxieties are not completely unfounded and  people WILL experience these things to varying degrees when they go to a GT but I would like you to hang in their with me through the length of this article and allow me to make a case for why these things can be dealt with and are in my humble opinion out-weighed by the impact of what a GT can and does offer in compensation.

Who the hell am I to talk about tourneys? Well, I’ve been a professional Starcraft: Brood War / Starcraft 2 player for the better part of 16 years. I’ve attended tourneys, played in front of 100’s of thousands of people and I’ve played for life changing cash. I’ve been embarrassed and I’ve been successful. In WH40k my pedigree is a lot less glamorous but I’ve traveled from coast to coast playing in the biggest tourneys over the last couple years and I have experience there as well. The point I am making here is I’ve experienced a LOT in tourneys. Cheating? Check. Horrible dickish attitudes? Check. Fluff armies? Check. Seer council with 5 wave serpents and a stone faced Tony Kopach behind them? Uh huh. I’ve also experienced beer-offering pleasant folks that gave me some of the most fun a guy can have in 2.5 hours. THAT is what I want to offer up first.One of the biggest offenders of creating a potential wall for people who are considering attending events but read something scary online about cheating/attitude and then decide “NOPE” is playing vs. a dishonest or unpleasant person. Being honest, I can tell you this can/will happen. Sometimes these individuals are uber competitive and it comes off dickish. Sometimes they are just kinda… mean. But these people are in the vast minority and there are ways of handling it that in my experience usually mitigates the issue completely. Be up front with them!  Tell them point blank you are new to tourneys OR (if you are not new) looking to have a fair, pleasant and competitive game. I find that the vast majority of people that share in this hobby with us are intelligent, passionate people (otherwise WHY ARE YOU SPENDING ALL THIS MONEY?!?!?) who will probably have a lot in common with you. Appeal to that. If you start the game with a threat to their body or by holding them down and farting on them you will probably have an antagonistic game. The opposite is true as well (I don’t mean letting them hold you down while they pass gas on you). Another thing I’ve experienced that could work for you as well is BE THAT GUY. Yeah, I mean it. Bring  beer for your opponent or do what the guy next to me at my final round of BAO did and bombard everyone around him with jello shots. Just sit there and try to  have a bad time when you share a beer or booze with your opponent. It’s against ancient laws to do that but you just try it. People are a lot less likely to try and cheat if you are pleasant like this but it may happen. The obvious answer is know the game as well as you possibly can. We all try that though, right? The better advice here is if something doesn’t sound right or TOO good don’t be shy about asking them to reaffirm what they said or show you the rule. Be nice and pleasant about it but that is a part of the game. We ALL do it! You can’t possibly know all the rules and anyone that says otherwise is either lying (Reece), is full of themself (Reece) or they are so damn old they might actually know all the rules (Reece) Hey, thanks a lot! lol-ed. 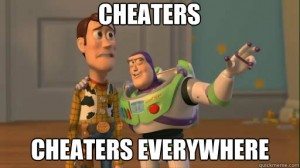 Cheating will happen be it on accident or on purpose. The latter obviously sucks a lot more but in competition WH40k or otherwise it does happen. Don’t let the fact that it CAN happen prevent you from another absolute: Tourneys kick ass and are fun! To that point it was again just this last BAO where a guy was so damn honest and kind it was astounding. My list had a Barbed Heirodule.. a giant big nasty Tyranid model that can stomp at the full power of D. Well I did just that to kick off the game. His drop pod marines went for all the marbles and due to my cover saves and feel no pain I was able to basically ignore his alpha strike. I then murdered his Warlord and bad ass assistants with a single stomp roll of a 6. Now, I wouldn’t fault him for being salty and mad the rest of the game and he was definitely upset about this roll but come turn 3 or 4 he got his revenge (or so we thought) by blowing up the Heirodule with some great rolling from his storm raven. I was in the process of sadly picking up my now dead Lord of War when he remembered that he was supposed to be snap firing due to a jink save he took.. we redid the shooting and he went from 4 wounds and a kill to 0 wounds and no chance of winning at all. I had genuinely forgot as did he about the jink save but HE reminded us and we played the game in earnest. You will face some dickish folk but you will also face people that give you hope for humanity.

The last fear I’d like to address is the concept of being annoyed/afraid of the “ultra competitive lists.” I think we all know what I am talking about. People who have more themed, lore based or just plain fluffy armies aren’t all that interested in going to a tourney and getting their ass handed to them HARD. I hear that. I have 30 some odd Genestealers that will never see the light of day and I know I am not alone when I say that. Can you take your Thousand Sun army to a GT? Yes. Can you run Chaos Space Marines as troops even though you were told they suck? Yes. Will it be at the final table of the tourney? Probably not. BUT that is ok! Again at BAO I went into my final round of day one 2-0 and on table 5 playing against a pleasant middle aged gentleman who had a Blood Angels army that was kitted out for assault. He had never been to a GT and here he was doing just fine! This story doesn’t end with him making out with Heidi Klum and winning the entire thing but he had a good time and despite his theme based army he did ok for himself and attended a big scary GT. 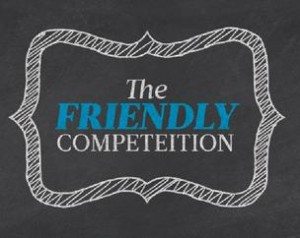 I’ve played in basements, backyards, garages AND hotels. I can tell you that both are awesome and fun for different reasons. I can’t help but cringe though when I hear someone who LOVES WH40k and has been a part of the hobby for years say something like “I don’t go to tourneys, too many assholes and dumb armies” or something along those lines. TRY IT! Those dumb armies can suck but you can also have a helluva time being the underdog! You will also play other people like yourself who do enjoy lore based armies and playing the game that way. If anything you will be in a room FILLED with people as passionate about the coolest thing on earth as you are.

Avoiding tourneys because of a generalization that they are all bad armies and cheating jerks is not only untrue but it is robbing you of a potentially amazing experience. The last piece of advice I would give here is that if you truly are afraid of those insane armies and you DO want to do well enough at a tourney make the small adjustments. If you are a CSM player add obliterators. If you are that guy who drunkenly yells WAAAAAAAAAAGGHHHH at a tourney maybe also include Lootas. Not sure what adjustments to make? This community is chalk full of intelligent and helpful people. Check outfrontlinegaming.org ‘s forum, torrentoffire ‘s articles and peruse dakkadakka/bells. Lots of great resources out there for you to find out what adjustments you can make. You don’t need to go full min/max but just a few competitive units can really round out your results and help you along. Beyond even that though the best way to become successful and happy at a tourney is EXPERIENCE. Guess how you go and get some of that?

In the end some of you just plain don’t want to go to tourneys and you know what? That is friggin cool man. Playing with buds in a basement with some tunes on in the background and beer in hand is some of the best damn time you can have. I would never tell you otherwise. This article is directed at the folk that are on the fence about attending tourneys and have a little bit of anxiety built up over the things mentioned here. Consider my advice, go to one tourney and hopefully have a great damn time. I am vouching for it and I hope you guys will give it a shot.