I had a wonderful time at Dirty Goblin Games yesterday.  I got to play three fun games with three great opponents.  The day was truly a win for me on many fronts.  I was super glad that four buddies from the Grimfoe Games 40k Group attended as well. Some of us met at my house first, and drove up together and that’s always nice to talk shop while making the 30-minute drive North up Route 32.  Most people think of Manhattan and the Bronx when they think about New York.  This state is 140,000 square miles of awesome. 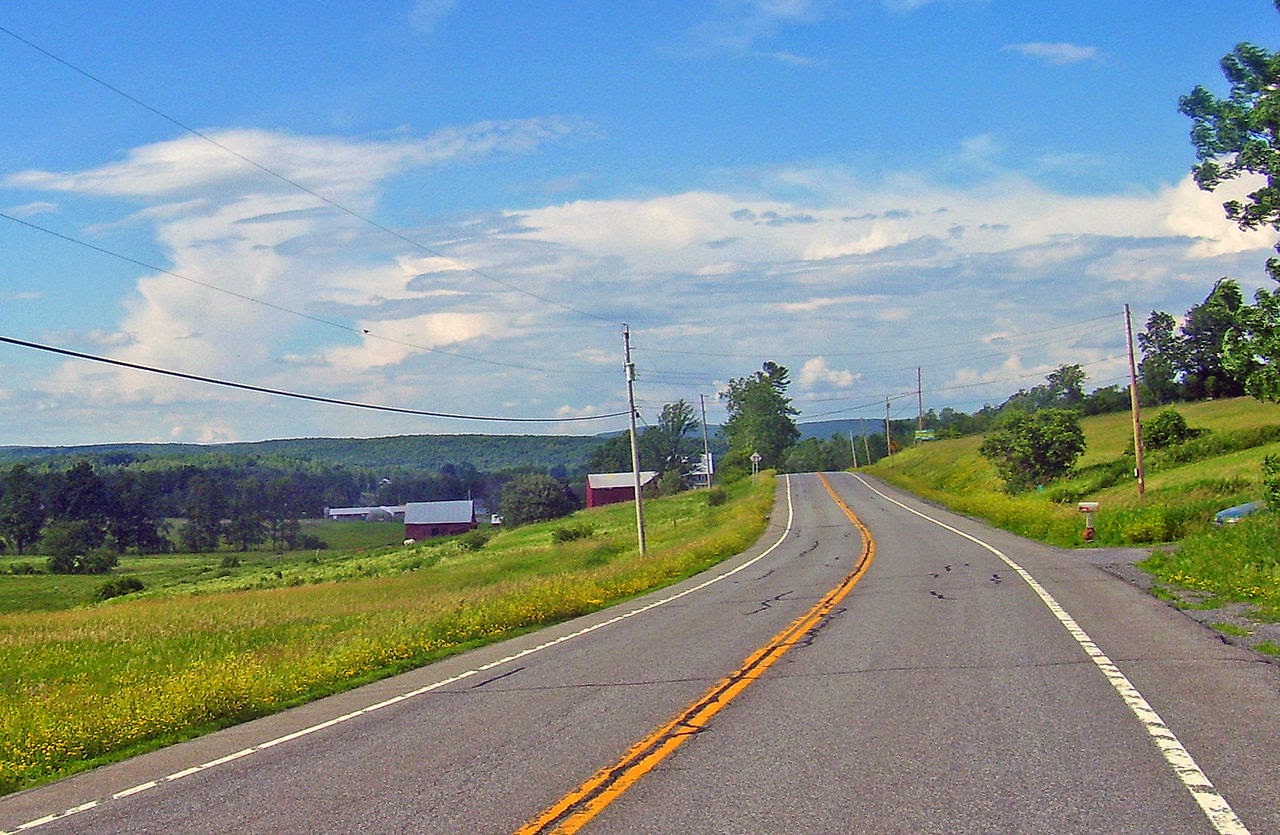 Anyways, we were running NoVa Open army-construction format for this tournament.  I thought it was good to rein in some of the craziness of multiple detachments even though our locals usually don’t go nuts with it and bring a dick list.   It really gives us a little bit of a challenge in army construction, but self-allying helps alleviate some of the unfairness that could crop up with new armies able to ally with their supplements and old armies not able to do it. I was glad we did it.

However, I do think I prefer the Bay Area Open list-building style which is nearly identical, but allows some Lords of War.  Without a Lord of War allowance, only Imperials may reliably bring a superheavy with the Knight.  Also, Ork players can’t take Gazzy.  I don’t use him, but others may want to.

I thought this was a super fun way to do it.  As my buddy, Curtis, pointed out, it alleviates the issues some armies have with some of the missions like Relic and Purge.  Sure, some of the cards are a little weird, but overall the player who pushes forward and takes territory will win the Maelstrom missions and that’s how it should be… it should reward bravado and keep the game interesting and dynamic.

I know that before I was a little hesitant to agree with the idea that impossible Tactical Objectives should be immediately discarded, but I think I’m coming around to seeing that point of view.  In one of my games, my opponent and I were on an even keel throughout the game and he pulled an impossible TacO and I felt like he was cheated because we really were about even.  I think that I’d like to see a houserule allowing the discarding of truly unattainable TacOs.  Of course, the TacO is just hard to get and not impossible (120 Orks are sitting on objective 5 and you draw the “Score Objective 5” card), then you should have to use your one free discard at the end of your turn to get rid of it.

I’ve been refining my list and I wanted to try replacing a few Battlewagons with more elite Trukk units. I also was up until 2:30am Friday night updating my old ‘Ard Boyz and my old Skarboyz so I can have two units of ‘Ard Boyz painted to a reasonable standard. 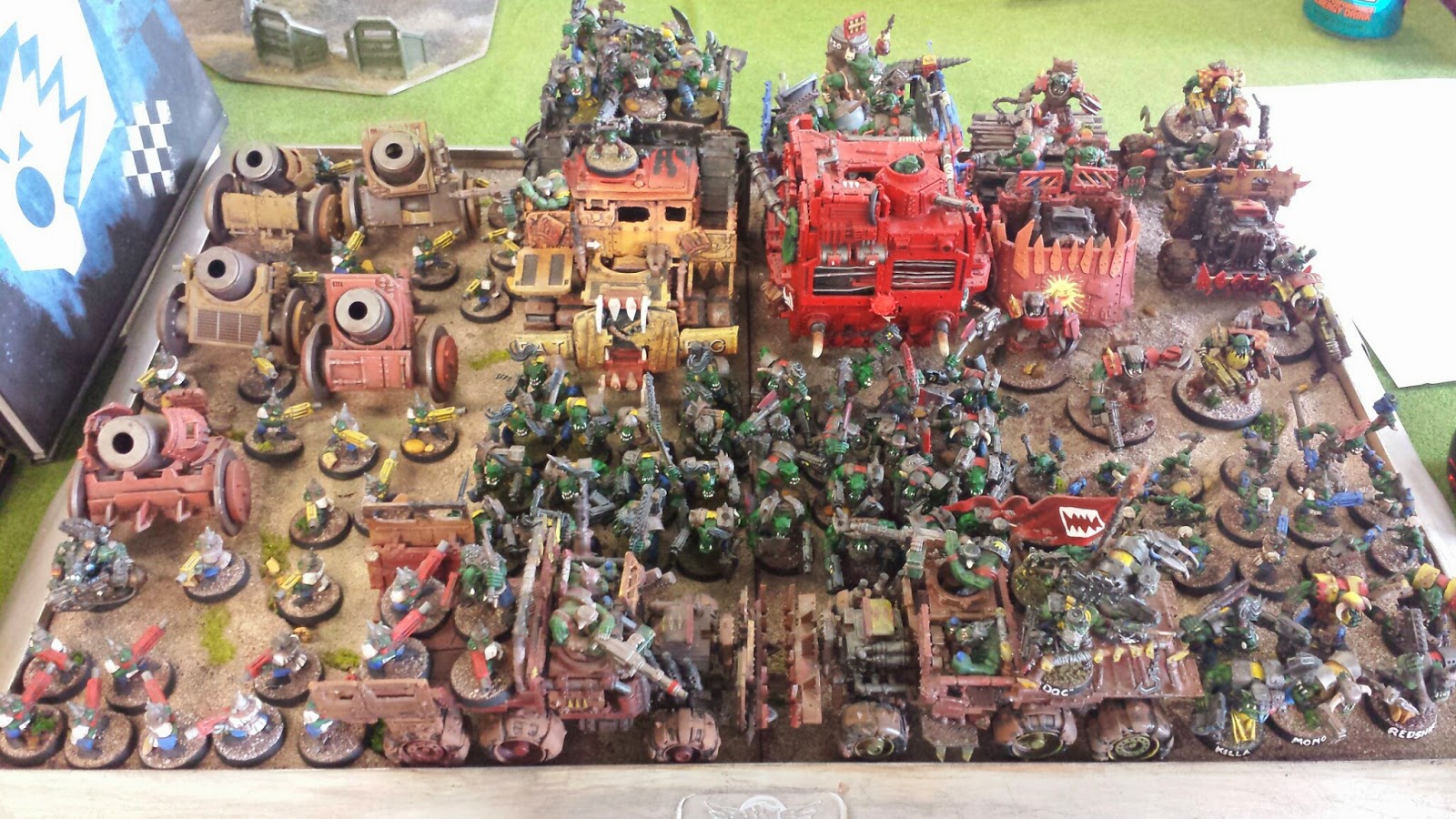 You’ll note I made my Mekboy my Warlord.  This was actually not a terrible idea.  While, narratively, Mad Doc should probably be my “Warlord”, I do think it makes sense that, if rolling Strategic Warlord traits, it should be on a Character better suited for directing the battle.  From his vantage point in the Mek Gunz squad, Fizzlefix makes sense as the warband’s strategic commander while Mad Doc leads in the Vanguard.

I was also excited about being able to take Trukks as a Fast Attack slot if I wanted to.  I’ve always wanted to be able to pile 11 Gretchin into a Trukk and shoot them forward 24″ onto an Objective late in the game.  This is actually a pretty rad unit to the tune of 73 points for 11 Gretchin, a Runtherd, and a Trukk with a Reinforced Ram.  It’s fast and the Grots are Objective secured.  It’s very good for Maelstrom because they will probably score once or twice before dying.

If I have one thing to say about these games is that if you really want to avoid issues with the Mob Rule table, aside from using Grots and Meganobz, is to rock Battlewagons full of ‘Ard Boyz with a Painboy. It is gloriously durable.  Sure, it ain’t a 2+/2+, but fuck those guys anyways.  20 wounds with a 4+/5+ (and two with a 6+/5+) is pretty damn fine.  The frustration this causes for some players is, if you’ll forgive me, delicious.  These two units did a LOT of work in my games, tying up enemies, killing units, and super-scoring Objectives.

Also, for every Ork player we need to add a d8, d10, d12, and d20 to our in-game play aids for randomizing damage to Battlewagon- and Trukk-embarked units.  It’s almost a necessity at this point.

I also suggest that folks try out regular Nobz squads again. I used to run these guys back in 5th Edition when you could blast in 13″ from Reserve and assault dummies who got too close to your board edge. I think that now, at 22 points for 5 str 5 attacks on the charge with Weapon Skill 5, we’re looking at a potential winner.  No, they aren’t as efficient as boyz, but they can help solve some Armor 11 issues we have with some Imperial Guard and Necron vehicles as well as being fast and durable in a Trukk the way Boyz can’t be.

Note, for the batrep below, that the store uses a houserule that the bases of the ruins do not count as part of the ruin and are treated as clear terrain.  This kind of sucks balls for Orks, but we make do. 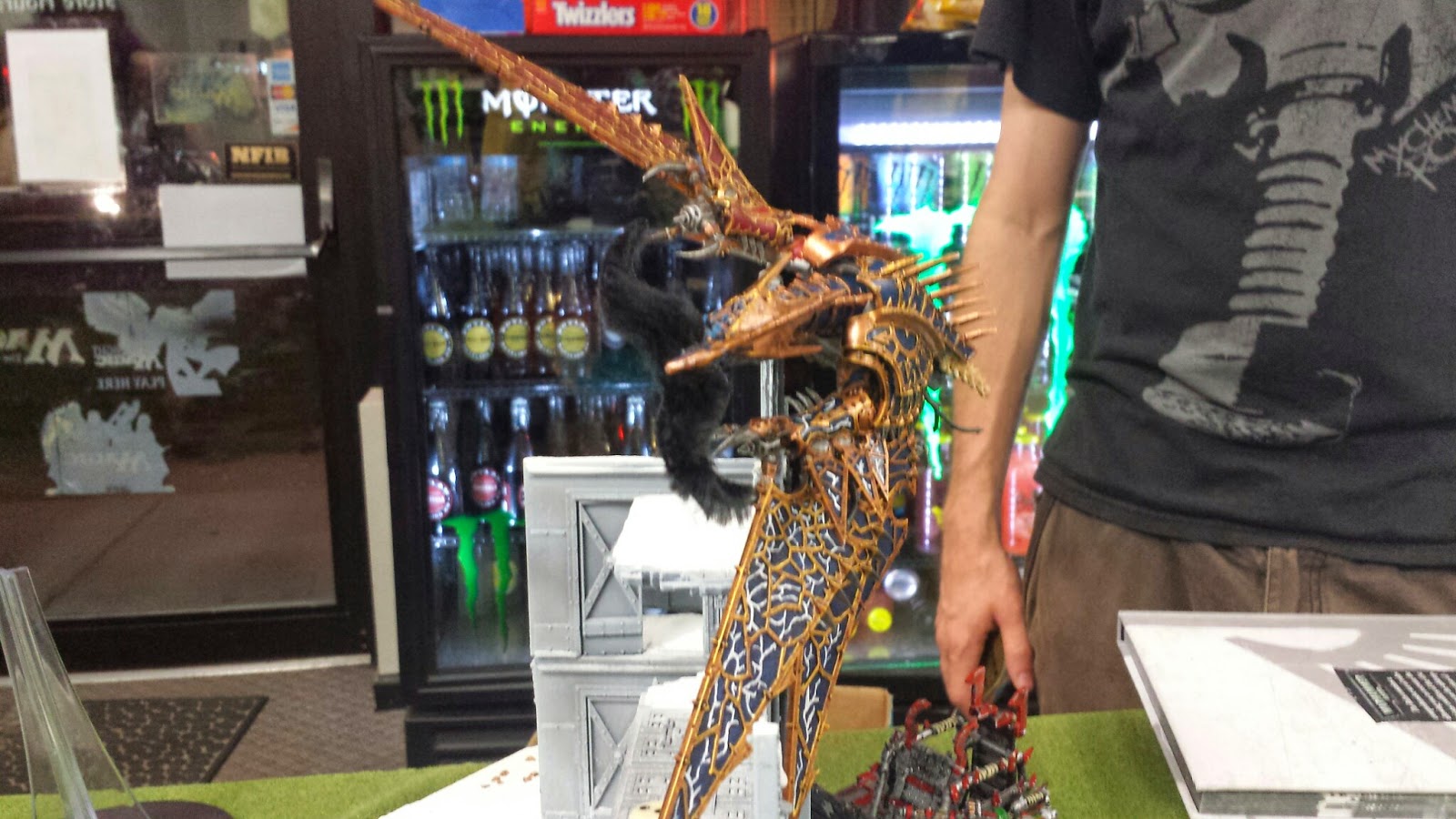 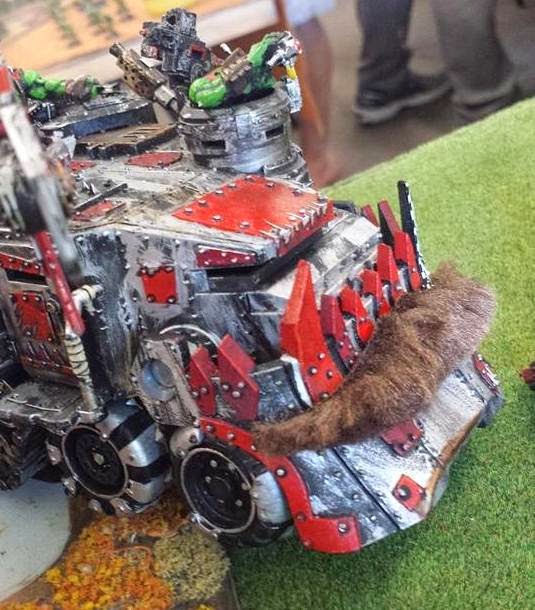 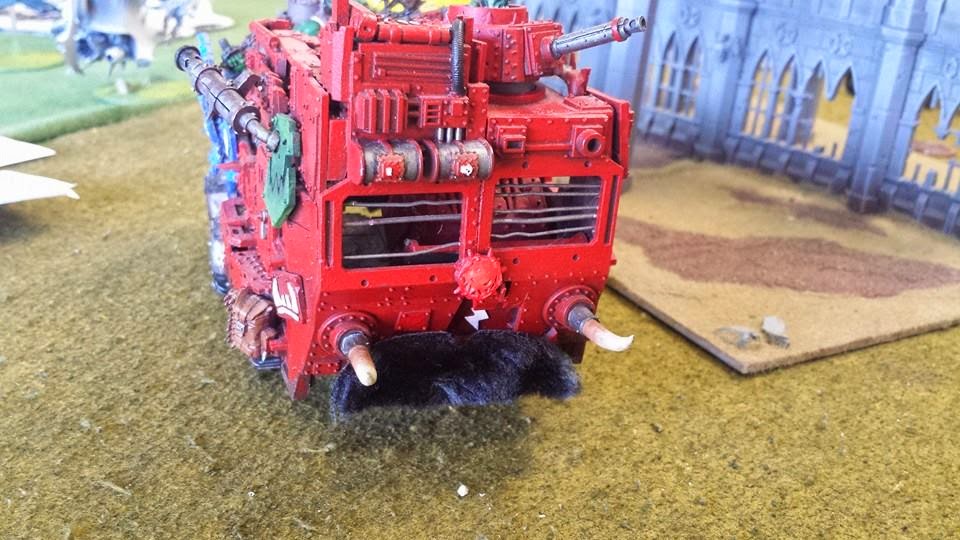 Secondary Mission:  The Spoils of War 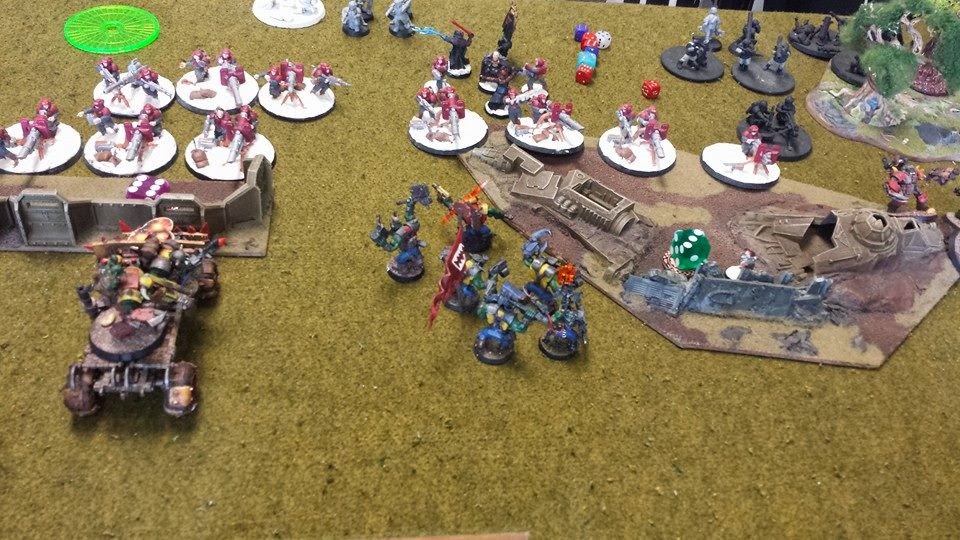 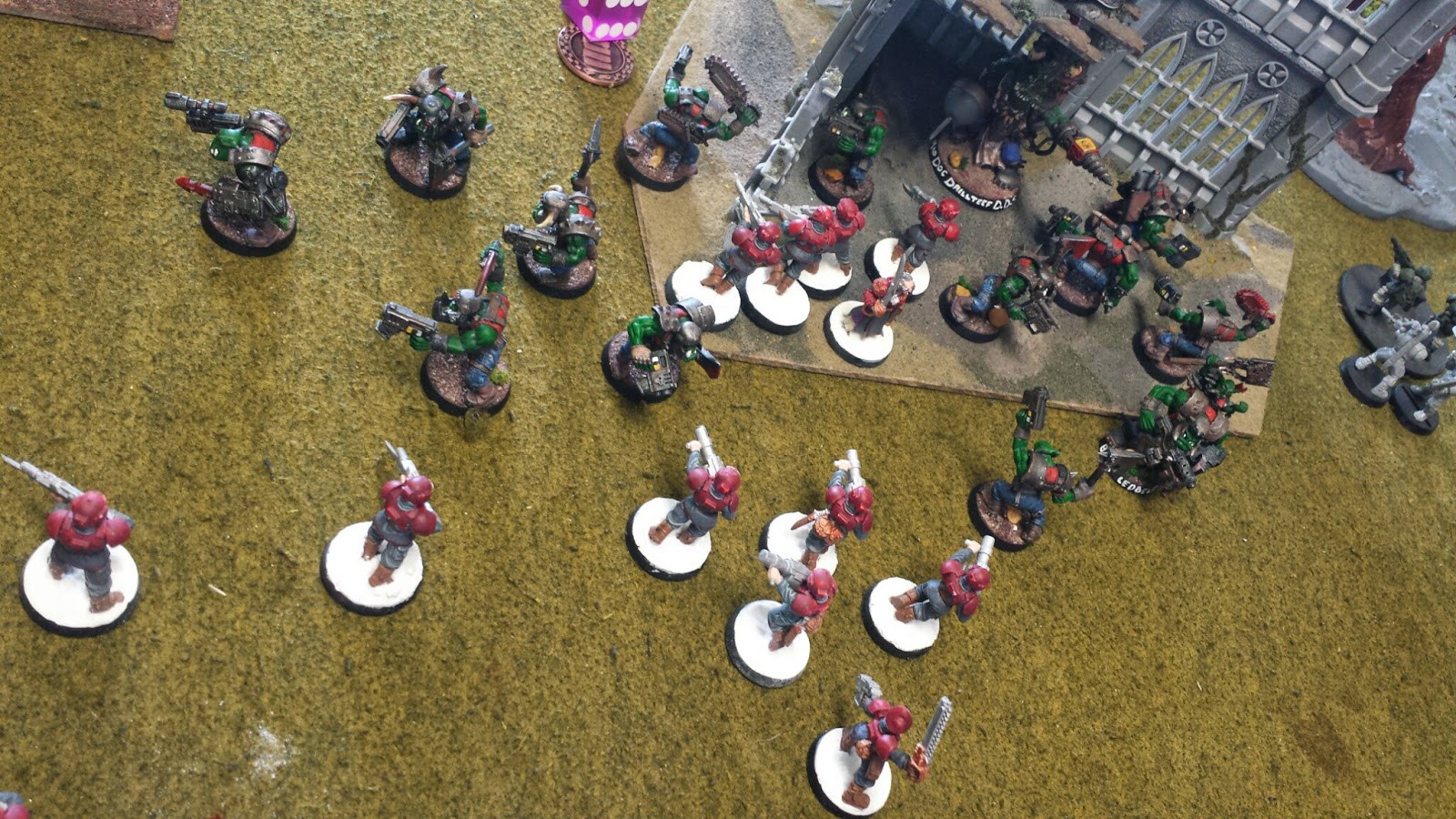 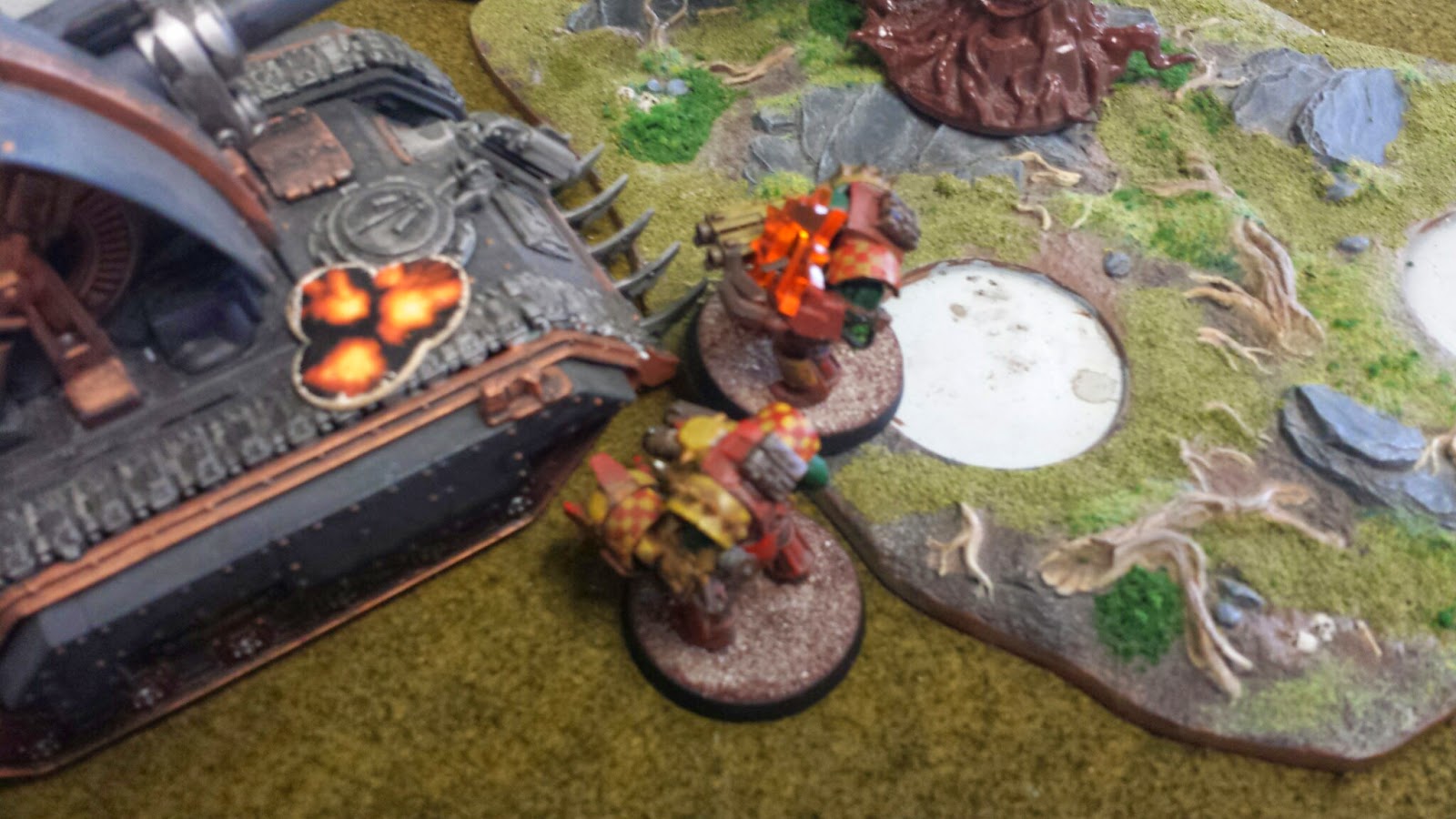 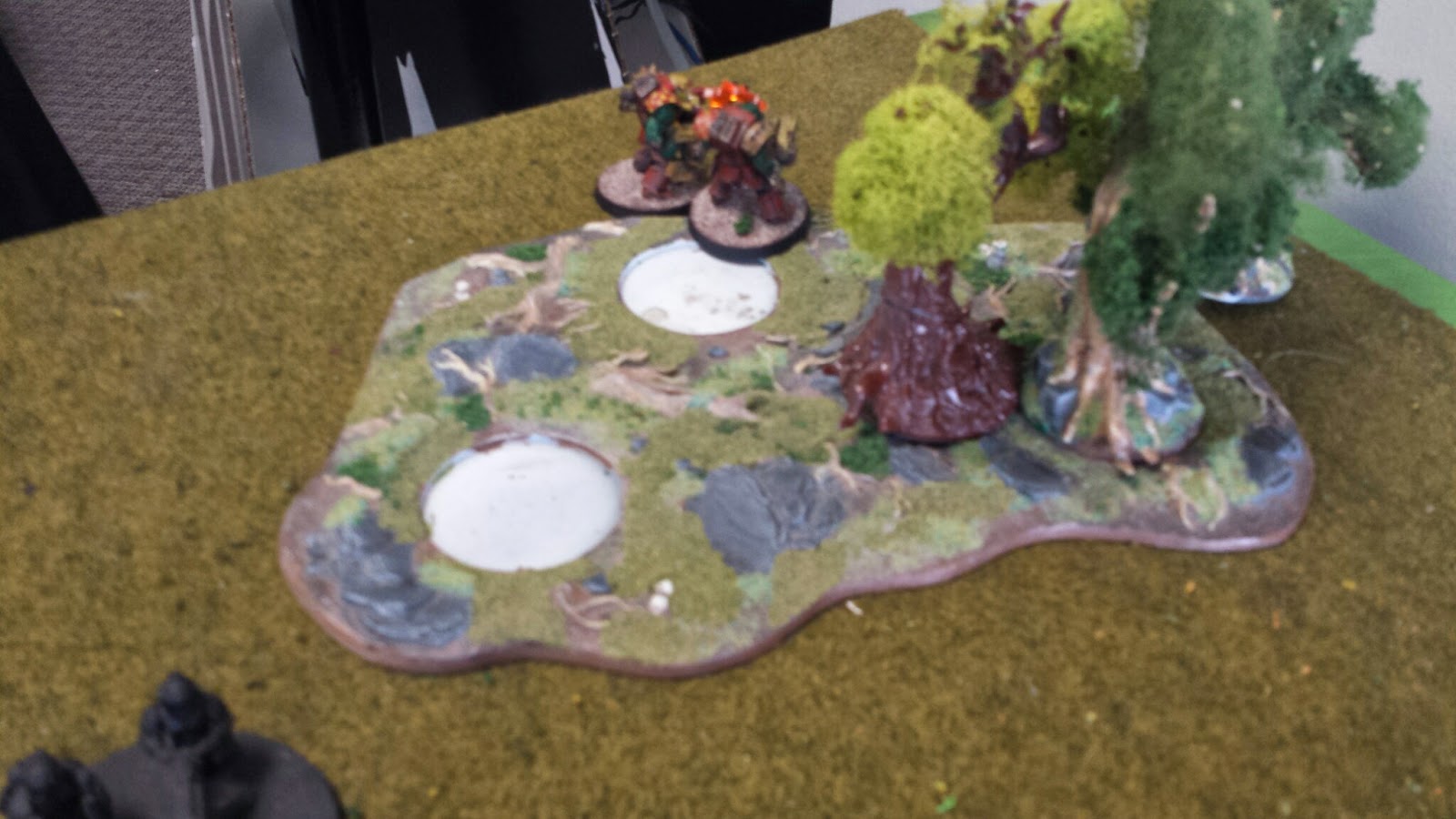 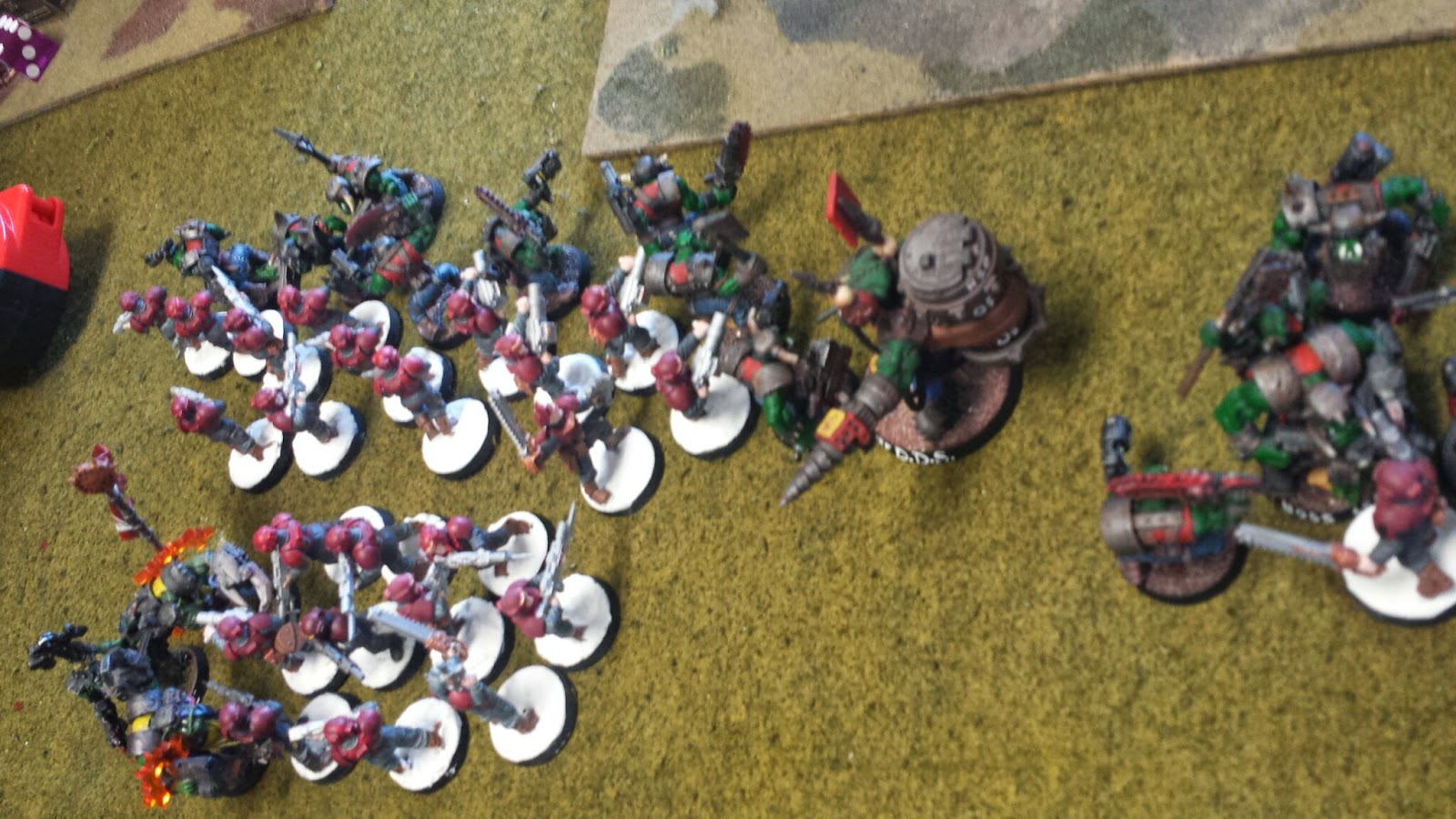 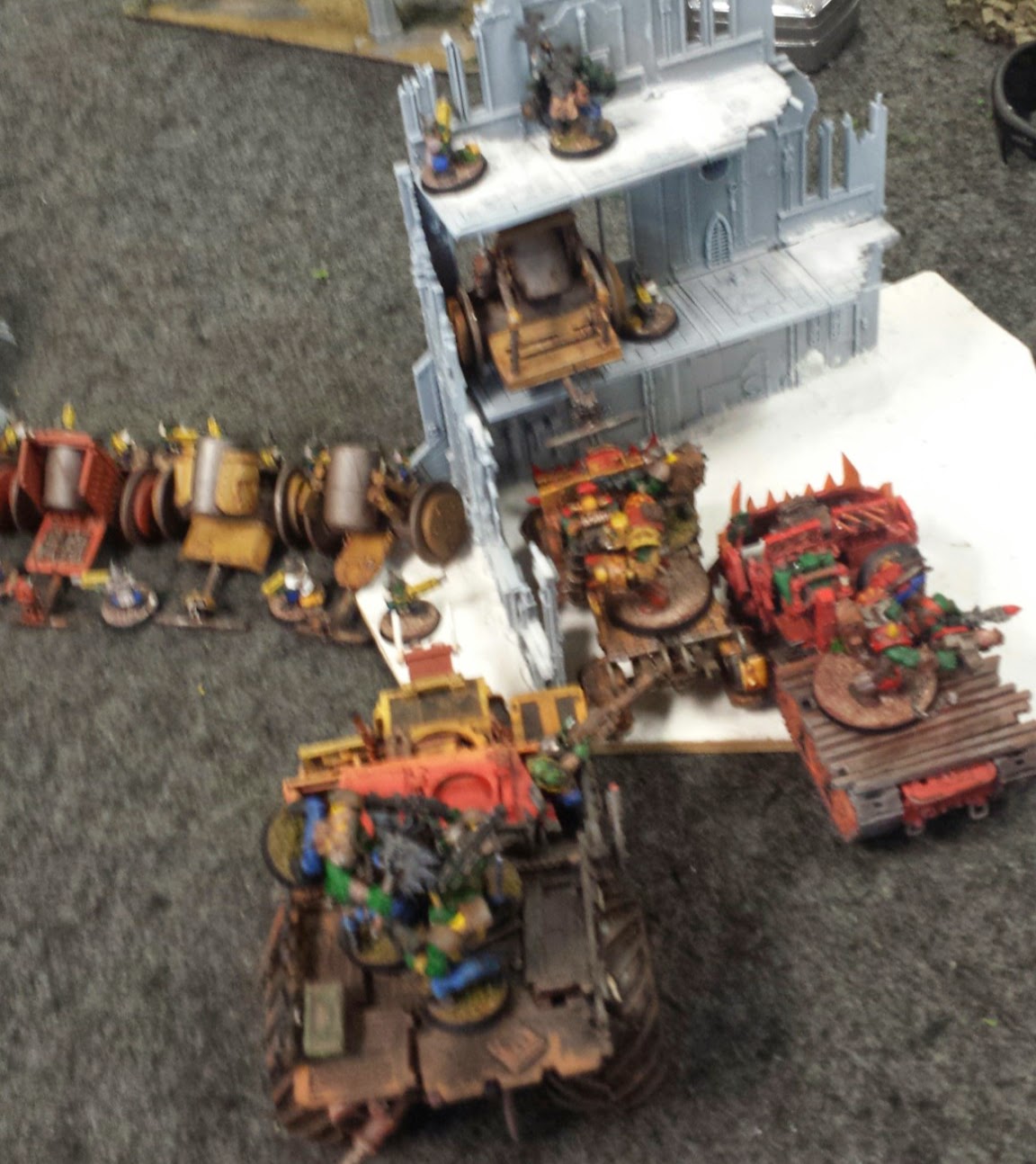 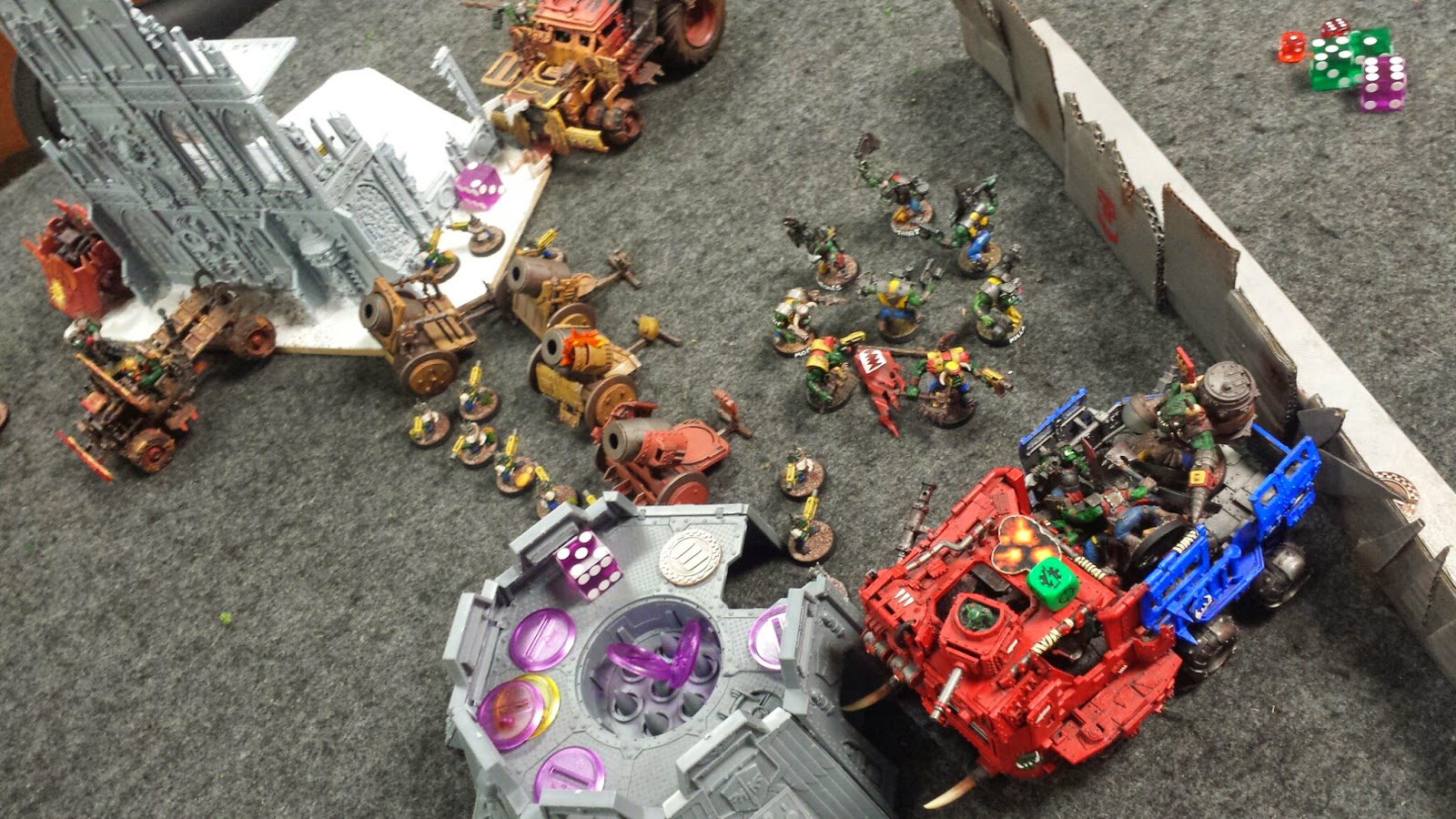 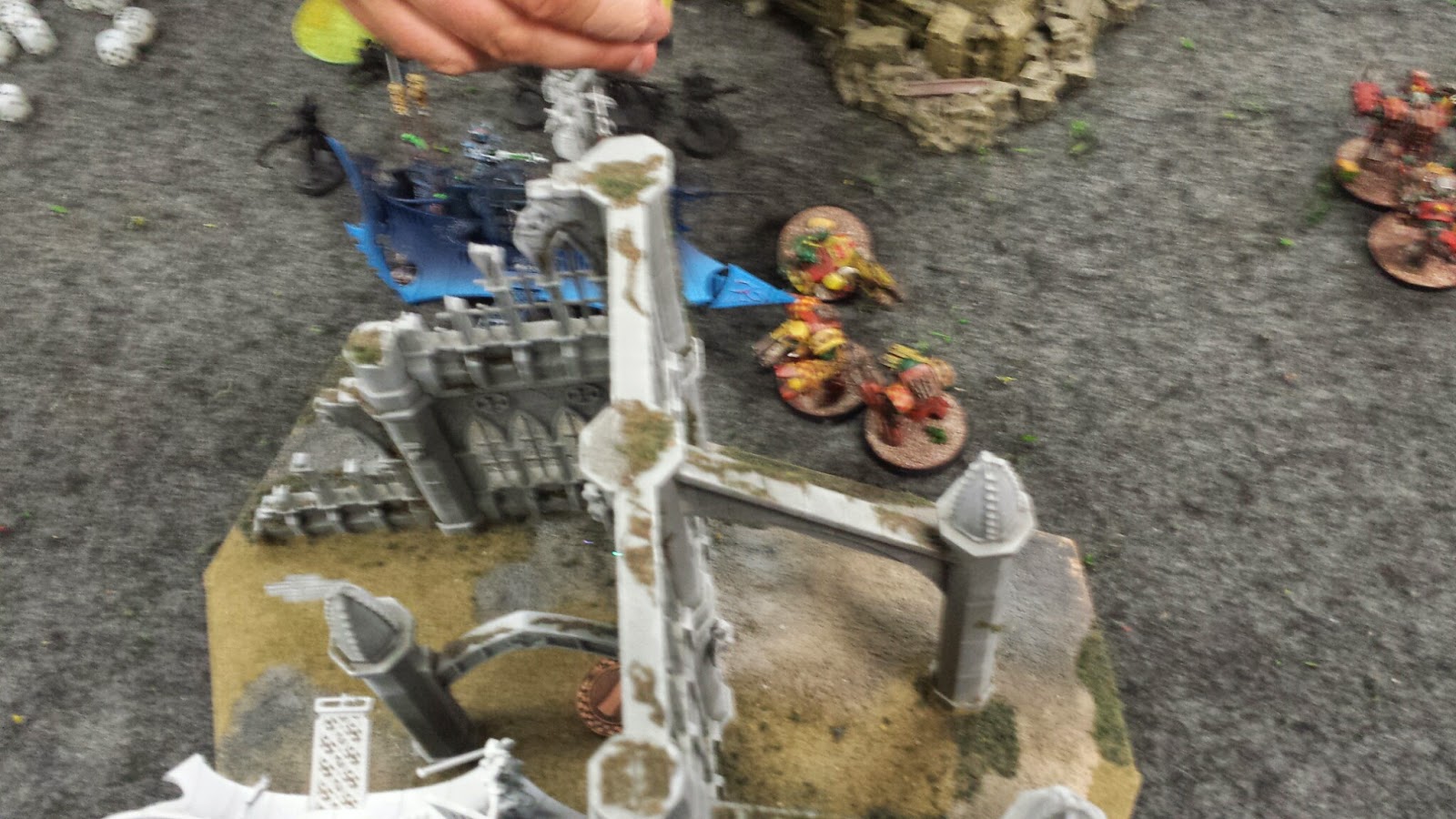 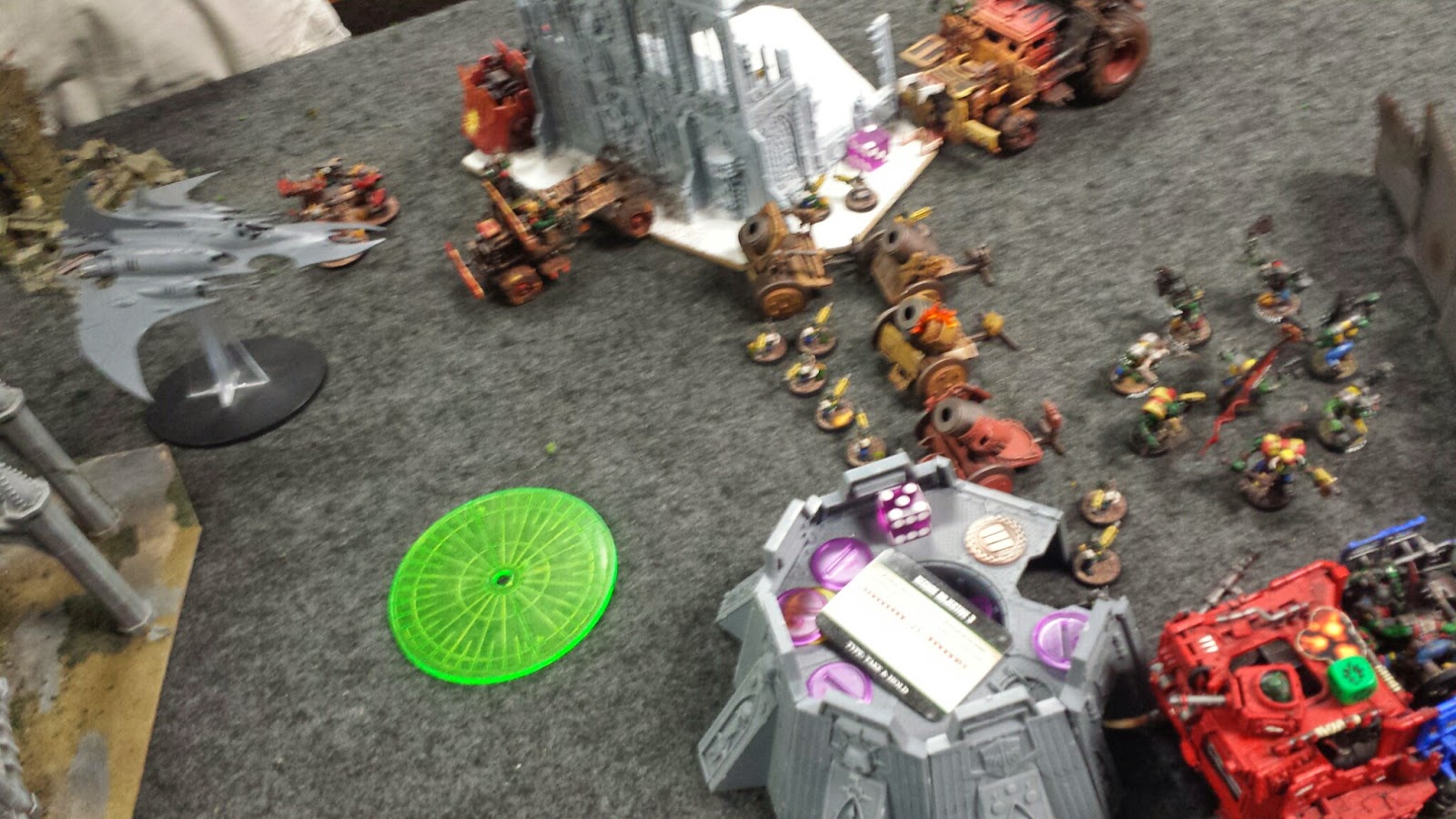 Throughout game 3, we made gentleman’s wagers on First Blood, the first to 3 TacOs, the first to kill a character, and the winner of the game.  By the time we finished our game, we were pretty cockeyed!

Congrats to Curtis for taking 1st with his Salamanders and Knight.  I believe that Jubal with his Necrons took second.  I can’t recall who took third, but Francis’s Orks took 4th.

I had a great time as usual. 5th out of a field of 13 for the Orks’ first showing at singles isn’t too bad. I’ll further refine my tactics and list for next time, though I think I do quite like the mix of Trukks and Battlewagons, Boyz and Nobz, and also the super mobile Gretchin.

Still not sure about whether Kannons are the way to go with that Fire Support slot.  I think the 16 grots are actually kind of superfluous with the Trukk grots Ready to score anywhere I need them to.  I do not like Lootaz still.  They need a pillbox to be safe and if I have to give up one of the Battlewagons to keep the Lootaz in serviceable order, that leaves a unit of Boyz on foot which I’d prefer not to do; that unit needs to be mobile in order for it to do what I want it to do.

We’ll see.  Thanks for reading.