Dropzone Journey Part 1 and 2 by Stompyspath

You are here: Home › Dropzone Commander › Editorial › Dropzone Journey Part 1 and 2 by Stompyspath

Greetings Frontliners! Stompyspath here with the first of a few articles covering some of my views on Dropzone Commander.

This first write up is me experience of embracing DZC and what got me into the game. The articles that I plan to write after cover some of the gameplay experiences I’ve had since then. So if you’re looking for game content go ahead and wait for the next one, but if you are still on the edge of getting into DZC and want to read about how random Joe Shmoe (that’s me) went about stepping into the rabbit hole, read on. 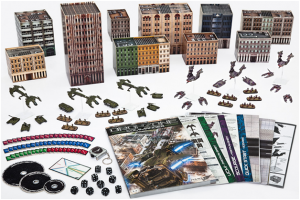 Approximately six months ago I was at Frontline when Reece pulled out the new starter set for DZC and asked if I wanted to try it out. I initially wasn’t too impressed with the aspects of this new miniature game, but Reece spoke quite highly of it and I’m always down for gaming so I eagerly accepted. I played the UCM and Reece the Scourge, both armies looks very similar and I wondered if it was going to be a “chess” like battle, where we mirror each other’s movements. Reece’s first activation was moving his dropship up X”, and deploying his Anti-Air tanks. Upon realizing I was not going to get anywhere near that far up the field I knew this was no “chess” match. The game was engaging and very fun, the highlight for me being able to wipe out 2 of his 3 tanks which left very little on his side that could deal with the mighty armour of the UCM. After the game my interest was perked but still not enough to invest into a new game. Slingshot forward a few months, I am sitting in front of my computer and while trolling the interwebs I see a link to a battle report between Nafka of Faeit212, and Dave creator of the game. I remember my brief experience and the constant word service of Reece and decide, why not. CLICK!

That was it for me, after seeing two large scale armies battle it out I was hooked! The amount of flexibility, options, tactical gameplay, and how it all looked on the table I was thoroughly impressed and began to scour the web for more info on this game. I watch every battle report on Youtube as well as all the tutorial videos made by Hawk Wargames. I then came across the gem of Salute 2013, the Avenger. 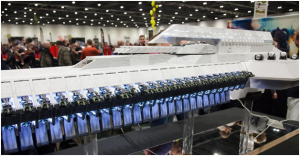 In addition to all the things I had come to admire about this game I now was introduced to the commitment of the games designer. Even in its “uncompleted state” this model was amazing, to build a game system is quite the accomplishment, but to have such a dedication to scale and functionality was jaw dropping. The added news of a space combat game in the future brought my excitement to a whole new level.

Now here I am, I have picked up almost 3000 points of PHR and am working on getting my 1500 point list painted up for the BAO. I’ve not been able to play anywhere near as many games as I’d like, but each time is a new experience in which I learn something new. Next week I plan to write about the little things, aspects of DZC that are easy to overlook but will greatly increase your ability to pull out a win. Till next time, and remember,

Only You Can Prevent Bad Gamers!

In the game of Dropzone Commander, just as many other miniature games, there are many aspects to learn and control during a battle. There are major components, such as movement, main goals or objectives, and of course, blowing shit up! Depending on the game system you are playing there are different amounts of swing between winning and losing a match. In DZC there can be large or small opportunities for this swing based on the mission you are playing. In order to control this swing to the best of your ability you must pay attention to the “little things”. Now the list of these can be quite long and I will probably come back to this concept in a future article, but for today I want to cover just a few.

Shoot All Your Guns 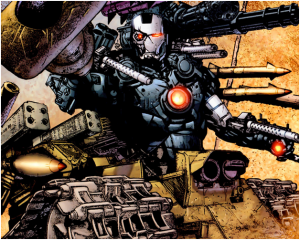 In DZC many of your units will have weapons that are very situational, or aren’t as “flashy” as an Ocelot’s LAZOR OF DOOM! Make sure that every chance you have to use these peashooters, you use them! An example would be those single shot missiles from a PHR or UCM dropship. Even though they aren’t as impressive as the main gun on a tank, they always have that chance to do damage. Or even if you aren’t in range of an enemy vehicle, they can shoot a building. Also remember those little guns, many times anti-infantry guns get forgotten. 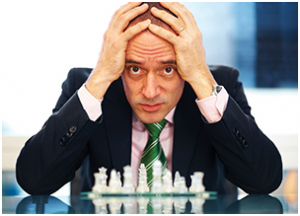 Even if you are familiar with an alternate activation system most times that doesn’t involve moving multiple models or even multiple units. Make sure that when you activate a battle group you preplan each models goals for that activation. Remember movement can be before shooting or after but all shots must allocated and shot at the same time. So if you want your dropship to take that small percentage shot at a heavy tank make sure you move it into range before you begin shooting your “flashy” guns. 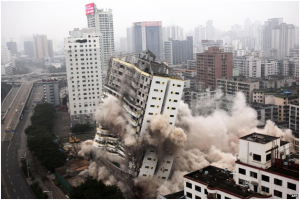 A bad habit many tabletop players have when starting in DZC is hugging the walls of buildings. This can be a fatal habit for you units, even the most armoured battle tank can be obliterated if it’s parked too close to a falling building! Don’t forget that if you do wander too close to a demo zone that you still have that 13.33333333% chance of not being smashed by falling rubble. (Ground units are destroyed on a 2+).

Lady Luck can be a Bitch 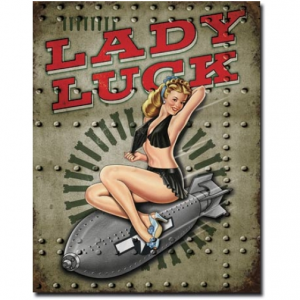 As with all games that involve a random element there are times that your luck will run sour. Do your best not to fixate on these bad runs, no matter how long or chronic they may seem. If you allow yourself to fall into a gloom of bad dice rolls your focus will spiral completely out of your control. This will cause you to make poor choices, or simple, less then optimal choices. Even though the run bads might lose you a game you need to let it go, don’t let that negatively impact your next game, especially in something like a tournament environment.

I hope these little tidbits help some of you out there! We are getting closer to the BAO and I’m planning on going over the tournament packet and missions in my next article. Till then happy gaming, and remember, Only You Can Prevent Bad Gamers!!! 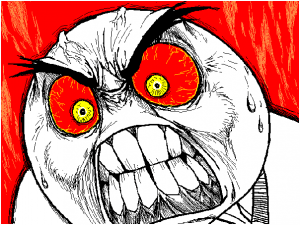 Posted on July 18, 2014 by Reecius in Dropzone Commander, Editorial

5 Responses to “Dropzone Journey Part 1 and 2 by Stompyspath”