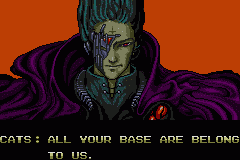 Hey everyone, Reecius here from Frontline Gaming to discuss Objective Secured (ObSec) in terms of how tactically important it is in games of 40K.

First of all, what is ObSec? It is a rule available to the Combined Arms Detachment (CAD) and Allied Detachment in the main rulebook, both of which can be used to build a detachment with almost any faction in 40K. It is also available to Gargoyles in the Tyranid Skyblight Formation.

The rule states that units with it (typically troops) can only be contested by other units with ObSec. It also transfers onto dedicated transports. What this means in practice, is that these units can be uber-scoring units that can take objectives very efficiently.

In a game where taking objectives is the objective of the game in most instances, a unit that is better at taking and holding them is, clearly, coming in with a big advantage. But is it as big of an advantage as we all think?

The reason I bring this up is due to the fact that I have been playing a lot of Tyranids and Orks lately. Hey, I love a challenge, and those two armies are certainly challenging to play! But, the creativity it forces out of the player is fun and it has forced me to look at the game in a different way. With my Nids, I have settled on a Nidzilla list with only 2 units of minimum Deep-striking Rippers as troops, and nearly all of my other points dumped into pure offense (I do take a unit of 2 Venomthropes as they are an incredibly good defensive buffing unit). I have found that while ObSec is great, the benefit of scoring Monstrous Creatures which add more offensively, is better. I find that they simply smush enemy ObSec units and then take the objectives over their lifeless corpses. Plus, deep-striking, Fearless Rippers that are now ObSec themselves are pretty incredible!

I have found the same thing with my Orks. Their troops struggle without support due to Mob Rule. They really need a babysitter to function efficiently. They also really want more HQs, and ways to mitigate leadership. As a result, I have been finding that I am becoming less and less concerned with ObSec and more concerned with specific benefits such as ways to make a unit Fearless or reroll leadership, or get more HQs and Heavy choices in the list over looking for ways to get ObSec units in my lists. I am finding myself gravitating more and more to the Ork specific detachments as while they do not have ObSec, they do offer some benefits that are pretty incredible such as the Fearless Bosspole in the Ghaz Relic section or the extra HQ slot in the Ork Horde detachment. Those I now precieve as actually being more beneficial in some of my lists. 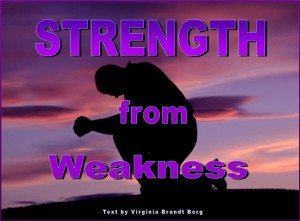 What I have found is that I win games more consistently when I find ways to make lists that are flexible and mitigate the specific weaknesses of the army even if that comes at the cost of less ObSec units.

Conversely with my Marines, I cram in maximum ObSec units because basic Marines and Scouts are awesome units on their own. I lose nothing maxing out on these incredible troops and so hey, why not really take advantage of ObSec? Rhino rush and Drop Pod Marines are most definitely going to be winning tournaments for that exact reason.

Whether or not to emphasize ObSec units in your list comes down to the faction you play and the list you are building. It is easy to fall into the trap of believing that you have to maximize ObSec units in your list when in reality how you play the game is far more important. If your opponent has 18 ObSec units to your 2, but you kill all of theirs or prevent them from ever getting to objectives to utilize their advantage, who cares? To that end, if you can build a list that does those things reliably but leaves you with few ObSec units, you will be winning more games than you lose.

What do you all think about ObSec? The Bee’s Knees or simply another tool in the complex tapestry of a good list?

34 Responses to “Are Objective Secured units always the right choice?”

Leave a Reply to Kyle New