Requiem for an Edition Part 2 of 4 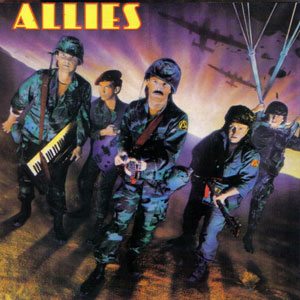 Eric Lofgren from Variance Hammer is back with part 2 of his article series! Check out the Tactics Corner for more great articles!

The first question in the “Requiem for an Edition” series, looking at the results of the Las Vegas Open as a sort of historical look-back at the end of 6th Edition and what the tournament scene was like at the time also relates to one of the biggest changes from 5th to 6th, especially as far as game balance and tournaments were concerned: Allies. Just how big of a deal were they?

First, a very naive view of things: What percentage of the armies at the LVO even had an allied detachment in the first place?

The answer? 54%. A majority, to be sure, but not exactly an overwhelming one. To be frank, this surprised me a little bit – both from discussions on blogs and podcasts, I somewhat expected allies to dominate the tournament, and in terms of sheer numbers, they didn’t. I’ll also admit that this took me by surprise in terms of my own tastes – I’m a little allied army crazy, especially when it comes to my Imperial armies.

And how many of these were the feared Tau-Eldar lists? 2%. Only two percent of all the armies in the LVO were Tau-Eldar or Eldar-Tau lists. This one, frankly, blew my socks off. For comparison:

There are, of course, dozens of other comparisons we could do. These though, I wanted to touch on, because from my passive observation of the discussions in local game stores, on the Internet, on podcasts, etc. these are the combinations lots of people are talking about. I wanted to see just how frequent they were. And honestly, they just aren’t that common. The Seer Star lists are nearly as rare as Chaos Space Marines, and while Eldar are an army that enjoyed a very prominent spot in 6th Edition, they were only in 14% of the armies at the LVO in either primary or secondary detachments. Certainly an army you should think about designing your list to be able to address, but they hardly overran the tournament.

Now, it’s all well and good to ask “How common are allied lists?” but that doesn’t get to the core of what the tournament player is after. They want to know how good a tournament list is. After all, if only one person takes a Dark Eldar/Inquisition list (someone did) but that person wins (they didn’t), that’s something to be considered. Again, lets look at the numbers:

Basically, the higher median value for the Solo Armies is explained by that hump right at the top of their distribution – lots of single-list armies do very well, but there’s also a hard cutoff. It was allied armies that won the tournament.

So there’s the crux of it: Do allies matter? It very much depends on what you want to do. If you’re a middling/good player, it likely doesn’t matter if you take an allied list, or an unallied list, because for the bulk of players, they’re essentially indistinguishable – and the really killer allied lists that you hear about in hushed whispers are relatively rare in terms of a random draw.

But if you’re someone who thinks they have a shot at winning, and is going for the championship, there’s a very clear cliff where allied army lists simply out perform their single army rivals.

Next up, we’ll look at the performance of particular lists.

8 Responses to “Requiem for an Edition Part 2 of 4”