The Greatest 40K Player in the World on Double CAD

You are here: Home › 40K › Editorial › The Greatest 40K Player in the World on Double CAD 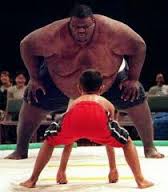 Hello everyone, the world’s greatest 40k player here to talk to you about double C.A.D. lists in tournaments.

Back in 6th I attended one double force org tournament (GTGT 2013) and it was relatively light on people actually using the two force orgs to its full effect. I think at the 60 man tournament there were about 4 players using/abusing it, me included, muahaha!! The Greatest 40k player in the world takes no mercy on the weak!

The reason there were so few players using double force org was due to it being a rarity to actually play it in a tournament and therefore, most folks lacked the models to do it.

Okay, so how was it? I will discuss how the games went with my abusive double force org army. Most games were just about over on turn two or three, due to my 6 Ravagers and Wraithknight bringing the pain.  Also, I was using the best tactics the world has ever seen (obviously) but that’s beside the point. The point is it didn’t really matter what army I brought since I am the greatest, but it was a lot easier to overwhelm my opponents with mass shooting from my double force org. I was lucky to play against really easy going opponents that took the games lightly and didn’t get too upset when the games were over so quickly. Then I faced someone who gave up after my first turn of shooting and said that that the game had been no fun. At that point I quickly realized that yeah I was winning games, and yeah I was having fun with my crazy Dark Eldar list, but, was everyone else having fun playing against it? Would they come back to a tournament with double force org? I talked to a few of them and they said that it was fun to play in this tournament but they really did not enjoy playing against such an abusive list. Which is why I chose to hand the reigns over to Reece and lose to him in the semi-finals with his balanced one force org Space Marine list. He didn’t actually beat the greatest 40K player in the world, I just decided to lose =)

Now did a list with double force org win the tournament? No, Reece lost to a one force org Eldar list in the finals. But that is beside the point. I am not saying that a list with double C.A.D. is going to be way too overpowering. Im just saying that a lot of players going to these events come to play 40k and have fun, not to destroy every opponent they play against. The above average players will bring the top notch lists that abuse the system just like we saw at Adepticon this year. That is fun for them as they get to roll their first couple of games with an easy button and save their energy for later games. But, I guarantee that most of their opponents will not have a good time playing the games whether or not their opponent is a great guy or not. No one really enjoys getting smashed in 2-3 turns (unless we’re talking about alcohol, in which case, bring it! =P). 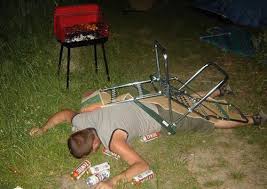 Some of the double CAD lists I’m thinking about right now are Daemon Factory with lots of Warp Charge which can unfortunately work in both single and double CAD. Seer Council elder which unfortunately works in both single and double, but like Daemon Factory gets even better in double CAD. 6-7 Riptides, 6 Wraithkngihts, 6 Ravagers, 6 Annihilation Barges, 4 Chapter Masters, 4 Farseers, 6 Mantacores or Wyverns, hahaha the list goes on and on. Basically think about a really points efficient unit but in double the quantity we saw them in before.

Then again there will be players that forge narratives with the double C.A.D. and will have fun at the event whether they win or lose. Some armies get a huge boost as well such as Chaos and Nids so things are not all grim dark. But this is for the other 10% that will bring the biggest, cheesiest things they can come up with in hopes to win the tournaments. Think about all the players you will be playing against and crushing in two turns. Will they come back to the tournaments? Will they go home and brag to all their friends about how they got owned at this event they paid money to go to? If these lists are the kind of lists that you would like to play against then by all means post up some comments and tell me what you guys think of Double C.A.D. Also I would love to hear about some of the crazy combos you guys can come up with using double C.A.D. but I don’t want whole lists in the comments please just crazy spam units and little combos.

Anyways thank you for reading guys and hope to hear some funny and ridiculous combos in the comments. Also I am opposed to double C.A.D. in case you couldn’t tell but am not hating on it at all, I personally love making crazy lists but I just think it is to much for the general attendee at these events.