WAAGH! Drillteef is here with an article on thematic Daemon Summoning in your games of 40K.

Hey, folks. I know there has been a lot of hullabaloo about the ability of many different forces to summon Daemons.  I’m not going to go into the balance aspects of this because, to be honest, I’m not qualified to comment on it at this point. However, I do have something to say about it from a fluff perspective.

I do understand the argument that, even in his darkest hour, a Space Marine Librarian probably ought not be summoning Daemons.  However, the ability for it does exist in the rules.

Let’s make some lemonade, shall we?

Forces of the Imperium

There has been a lot of speculation about the Emperor as a warp being. Indeed, some argue that he is a God, much to his chagrin.  Perhaps you are not summoning Chaos Daemons and are, instead, other-worldly beings which are attuned to the holy power of the Emperor?

Model some shining angel Space Marines for the Daemons you summon.  Paint them shining silver and gold with blazing eyes with weapon and wargear loadouts which match the Daemon you are summoning… perhaps power swords for Bloodletters or outstretched hands crackling with power for Pink Horrors.  Perhaps find some models of armored knights mounted upon mighty steeds for your Bloodcrushers.  And for your apotheosis from the Possession power, I guess you’ve figured out what you’re finally gonna use that Primarch model for, haven’t you?

Other ideas include the use of Legion of the Damned and Mordrek. 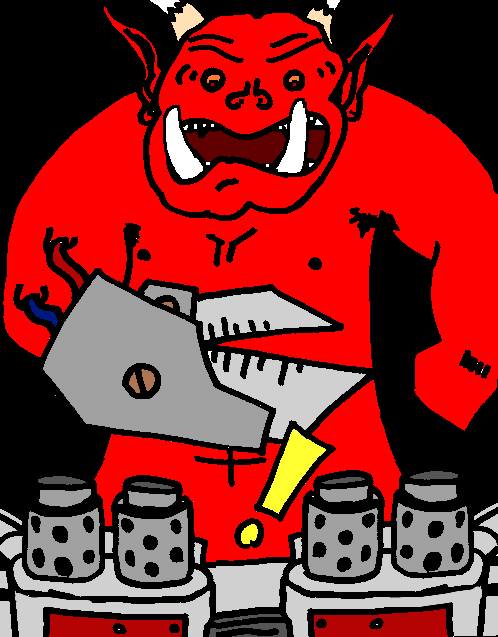 I plan on starting a new phase of my Tuska project.  I do plan on doing a full Tuska Daemon army someday and this is a great way to get started and use the models before I have a full army to play with.  I’ll start with some pink-skinned Ork Boyz built from the Fantasy range and a big ol’ Tuska model for my Possession model. 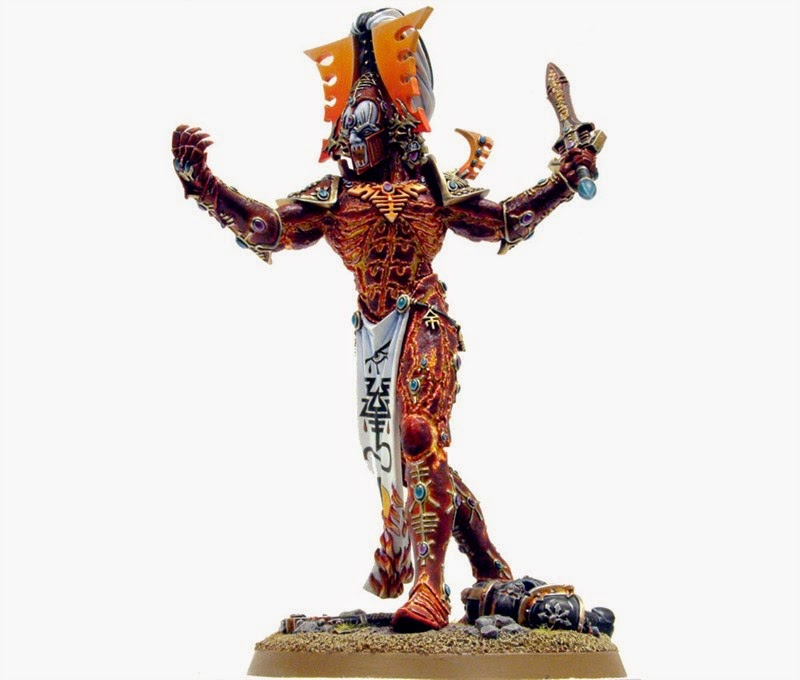 Forgeworld has everything you need to make counts-as Eldar Daemons.  Seriously, if you’re not inspired by the Eldar section on the Forgeworld site, I don’t think I can help you.  The Avatar model is simply amazing and Shadow Spectres are absolutely perfect for this task.

If folks have any other thoughts, I am all ears because I’m sure this can be a win/win situation.  It’ll create some great variety on the tabletop and allow you to feel good about what’s happening in the story you’re telling.

← Is 7th ed 40K a New Beginning or the Beginning of the End?
Which Armies are Looking Strong in 7th Ed? →

17 Responses to “Thematic Summoning in 40K”