Chris from Crisp Minis is back!  This time, as requested, the in’s and out’s of Shaltari Gates. Check out the Tactics Corner for more great DzC tactics. 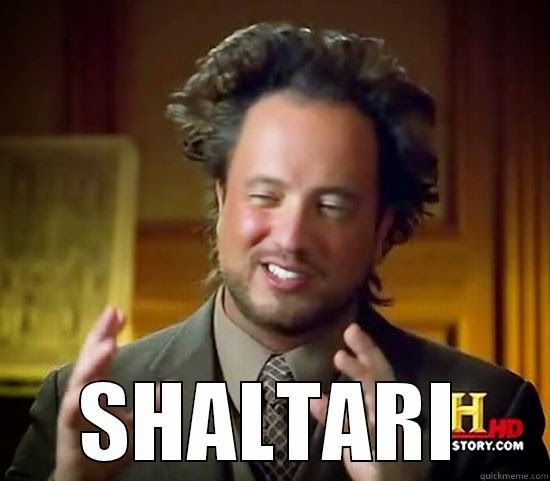 First the video, but feel free to scroll past as it may be easier to digest by reading.  If you don’t have time for either, scroll down to the bottom where I will put a bulleted list of some things to keep in mind while playing the hedgehogs.

Shaltari Gates use slightly different terminology, but follow many of the same rules the dropships of the other factions follow.  Instead of embarking and disembarking, Shaltari materialize and dematerialize through their gates.  Gates still have to land, so halve their movement.  All units and gates get a total of 2 materialization/dematerializations per turn.  Also, Shaltari have a Light Medium, and Heavy Gate to mirror the other faction’s dropships, and they have a ground gate that functions similiarly as an APC.

Of course, this article wouldn’t be needed if they were the exact same.
Firstly, unlike dropships, gates are not bought for a unit.  They are never attached to a battle group, but instead form their own battle group that does not count towards the Shaltari player’s battle group limit.  Think of this gate battle group as a pool.  When a Shaltari battle group activates, any number of gates may be chosen to activate with the battle group, effectively becoming their “dropships” and “APCs” for the turn.  This gives the Shaltari a great deal of flexibility as their transports are not tied to any particular unit.
Shaltari units have Mass values, and/or Gate values.  If they have a Mass value they may materialize and dematerialize through a Gate, as long as the Mass value does not exceed the Gate value.  You may use multiple Gates to materialize/dematerialize a large squad, but the squad must maintain coherency through this.  Units with Gate values can only materialize/dematerialize a total Mass equal to their Gate value per turn.  Units that are dematerialized are off the board completely, and are considered to be on a Shaltari Spacecraft in orbit.  So it is possible to strand units off the board by destroying gates.
There are two types of Mass; Mass and Fine Mass.  Larger gates lack the precision to pick up small units such as Infantry.  The Spirit Light Gate (think Light dropship) and Haven Terragate (think APC) are fine gates.  They can only materialize/dematerialize units of fine mass.  Besides Infantry, the Shaltari Yari (think Fast Scout Skimmer) has a fine mass value, but it also has a mass value, so can utilize any gate.
In the beginning of the game, a Shaltari player must declare which units are materialized and which are dematerialized.  Always check the scenario to see if there is direct deployment or if things will start in Readiness.  Gates have no mass, so will be deployed or start in Readiness, but other units can choose to start materialized or dematerialized.  If materialized, they may direct deploy or start in Readiness at the scenario’s allowance.  If dematerialized, they are in orbit and may only enter play via gate.
Gates are never carrying their passengers, so when a gate is destroyed there are no passengers to be harmed, and also there are no survivors left.
On the first turn, a Shaltari player must activate at least one gate with every battle group.  This is for sake of game balance.  The Shaltari are naturally mobile and flexible due to the gates, but if they didn’t have to commit their gates until the end of turn one it would be unbalancing versus the other factions.
The aerial Gates are surrounded by a Charged Atmosphere.  This is a hazard to enemy aircraft and is a weapon of the gate for all intents and purposes.  It has a 4″ range.  However, Shaltari gate pilots are prudent and may never end their move within 4″ of enemy aircraft (always measure center to center).  This rule is to prevent them being used offensively, but beware as flying through a cluster of gates can result in lots of reaction fire.
When a Shaltari Unit with an objective dematerializes, the objective is transferred to the gate.  The objective lacks the technology built into the Shaltari vehicles and war suits to be dematerialized.  The gate can transfer the objective to a ground unit by landing, but cannot pick up an objective in any other way.  So if an objective is stranded, the Shaltari need a ground unit to pick it up.
Shaltari commanders do not count as leaving the table if they dematerialize and rematerialize in the same turn.  However a Shaltari commander that remains dematerialized does count as having left he board and the Shaltari player must discard cards to meet their new Command Value (CV).
There are 2 rules in regards to gates in list construction.  First, the combined total Gate value cannot exceed the combined total Mass Value of all the other units in the army.  Gates that also have a Mass value, like the Haven (APC), count towards both.  Second, the number of gate squads does not exceed the total number of other squads in the army.

Posted on May 25, 2014 by Reecius in Dropzone Commander, Tactics