Hey everyone, Reecius from Frontline Gaming here to reflect on the changes coming with 7th that look promising!

6th edition was a fun edition, and as I have said many times, it flirted with greatness. Unfortunately, it had some rules loop holes that when exploited created really unenjoyable games. Most of these revolved around stacking USRs or psychic powers from across multiple books into single units that became mathematically far out of balance with any other “normal” units in the game.

This lead to deathstar 40K. Deathstar 40K was not fun. It drove a lot of people away from the game. Now with 7th ed, we have a chance to win some of those folks back, and bring in some fresh blood to the game if this is done right. Looking at the rumors so far, I am pretty dang hopeful, actually!

Coming out of the gates with unbound rules was a poor move, IMO. That is easily the most controversial aspect of the new edition and the least balanced. You can forge a diamond hard narrative under those rules, which is what it’s for, but for any type of game wherein you are trying to have a competition, not LARP with minis, it looks like a poor choice. Like Apoc, it would be so incredibly easy to break that it takes the fun out of breaking the game rules in the first place because you don’t have to be clever to figure out how to do it.

Unbound aside, I dig the way the rumors are shaping up. We will have to wait and see what we get in its entirety of course, but so far, it looks good. From what I have gathered, psychic powers will be a lot less reliable. Good. I got sick and tired of playign games where everyone was twin-linked, rerolled saves, ignored cover and/or ignored most of the core rules of the game all the time. A lot of the copious amounts of dice rolling required in 6th became a bit of a waste of time when the odds of failing were as low as 1/36.

A lot of the most annoying deathstars rely on getting their psychic buffs off every turn to justify their points costs. By reducing the reliability of the psychic phase, a lot of these units will go too far into the risk side of the risk vs. reward  equation and be seldom seen on the tabletop. Can I get an amen to that?! Good riddance to those crutch units. 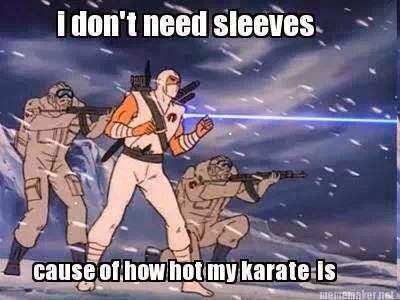 It also appears that silly things like joining ICs to Monstrous Creatures like Riptides will be a thing of the past. If tht turns out to be true which it looks like it is, I will be a happy man! That was another loophole that was most likely unintentional and far too powerful and it will not be missed by me, at least.

The allies matrix is getting massaged, too. Nice one. A lot of the issues in the game in 6th came from key ICs joining units that they shouldn’t have been able to and causing all kinds of problems. Looking at you, Baron! If these shenanigans get cut back then that is good news, too.

While there are some big changes like the psychic phase, and the assault phase (consolidating into combat, etc.) it feels like this will be a further refinement of 6th which is good as I liked 6th’s basic ideas. I am fine with everything scoring but with troops being uber scoring units, too, when taken in FoC lists. That means more variability in lists as you don’t HAVE to take units like Cultists, for example, en masse anymore. Sure, you can, but no you can say, take Plague Marines without a Nurgle Lord and they can still score. Troops are still the best thing for winning games, but they aren’t the only tool and the old “hunt their troops” strategy will still be good but not game winning as it was.

Vehicles getting harder to kill is another good thing as they are so much worse than units with wounds inherently. This gives them a boost and will bring more variety to the game, too. We don’t need to go back to parking lot 40K as in 5th, but more vehicles on the table is more fun. I am also a HUGE fan of all vehicles having to CHOOSE to jink. Finally. Skimmers and Bikes now have the option to get a cover save at any time (which is awesome) but they don’t just innately get it if they move which was lame as it made them comparatively so much better than other vehicles. Now, you can also get a cover save turn 1 before you moved, too, which is cool. It helps to even things out a bit and get closer to balance. It also means the Wave Serpent won’t be so incredibly common as it was. It is still insanely good for its points, but has been reined in a bit which was needed.

In all, I feel good about this edition so far. It feels like GW may have actually listened to their customer base a bit and is giving us some of what we want. I like that.

← Signals from the Frontline: Warhammer 40K and General Gaming News, Rumors, Tactics and Comedy!
What do you want to see tested first with 7th ed 40K? →

57 Responses to “7th Edition is Starting to Look Pretty Cool!”