Some Dropzone Commander Pics From Valhalla!

OK, so I managed to get a weak signal and am trying to upload some pics!

Here are some of the new studio Dropzone Commander minis, painted! Also, some of the new terrain and some of the new Resistance models, in their first trip to the USA. They look great and listening to Dave talk about the factions guiding principals of an ultra elite group of fighters using extremely low tech weapons and equipment, I really dig it! This is a faction that will be visually striking with cool rules.

I like the idea of survivors such as those from the Terminator franchise having fought against the Scourge for 150 years. Only the strong survive and a culture that would come from that would produce tough as nails fighters. However, they don’t have much industry to speak of and work with what little resources they have.

Rules wise, they will have good stats, but crap vehicles and weapons but, get this, most of them have NO countermeasures!! Holy crap, that is game changing. That really, really changes the way the game is played. They overcome their technological weaknesses through determination and brute force. They have trucks loaded with improvised artillery, and the more their are in a unit, the further their range is or the larger the area of effect for blast. This represents them overcoming counter measures with sheer volume of fire. How cool! They do have some drop ships but those they have are utilitarian and rugged. They also use hover craft that can carry multiple vehicles. They look great too, with incredible detail. You can see all the transmission on the bottom of the vehicles.

Units of Resistance will be bigger and more cost effective to buy as well, but weak. Dave is willing to slow down sales of a unit that is too good to preserve game balance. That commitment to the integrity of his game over profit is amazing. That is what most of us gamers have been waiting for in a game company. Talking to him is like talking to a fellow nerd that is ultra enthusiastic about his own game, and geek culture in general. It makes me like DzC even more than I already do. He is a guy that is very talented, and very committed to the fine detail of making a great game. 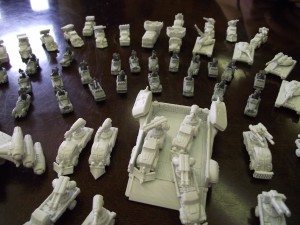 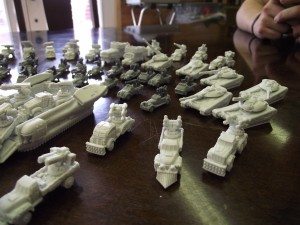 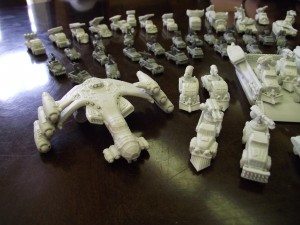 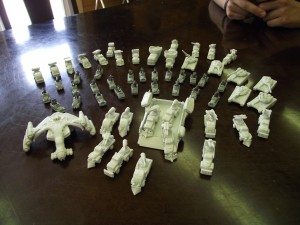 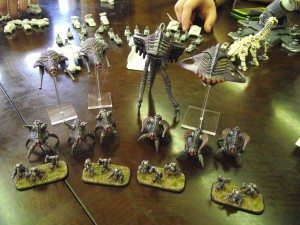 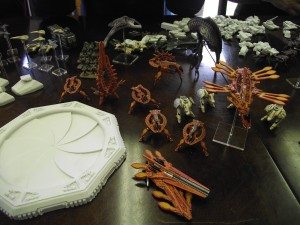 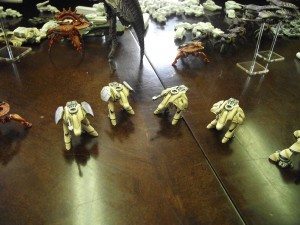 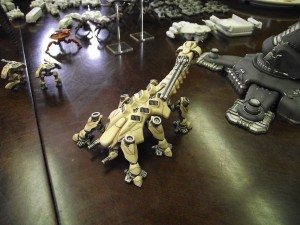 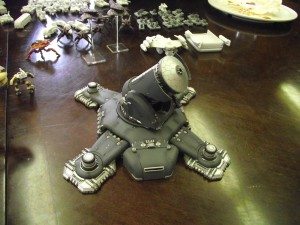 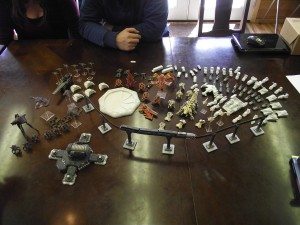 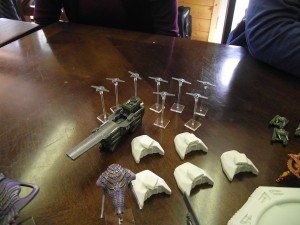 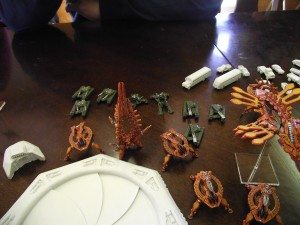 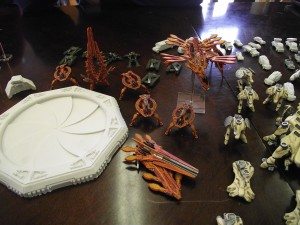 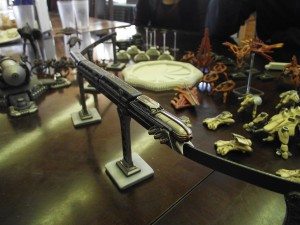 Posted on May 6, 2014 by Reecius in Dropzone Commander

← Update from Valhalla
Wild Times Ahead for 40k! →

24 Responses to “Some Dropzone Commander Pics From Valhalla!”