Raw Dogger is back with his thoughts on a possible new edition of 40k and if it happens sooner than later, what he’d like to see. Be warned, Raw Dogger writes humor pieces in an adult tone for an adult audience.

In the past few days we’ve received mostly reliable information pointing towards a new Warhammer 40k edition, but its still just rumors until we see it up for pre-order.  I’ll be the first to admit that a change was desperately needed.  GW really shot themselves in the foot with the 6th edition., IMO.  The ally system, while genius from an accounting point of view, has been terrible for actual game play.  The creators of the 6th edition either didn’t play test the possible combinations that inevitably sprung up or didn’t give a shit and only saw a way to sell models from different factions to players loyal to individual armies.

It’s amazing how quickly tournament gamers were able to find and exploit the broken army combinations when GW could have just released a beta version of the rule set and saved themselves the expense of making a new edition a year and a half after releasing the 6th edition.  Who knew accountants and marketing teams could fuck up a complicated table top rule set so completely?  Further mucking up the 6th edition of Warhammer 40k is Games Workshop’s insistence on retconning the shit out of their existing universe.  If a new player were to walk in to their Fat Local Game Store and pick up the 6th edition rule book and then looked on the shelved products they would wonder if they had fallen down the rabbit hole with Alice. What is an Astra Militarum?  WHERE THE FUCK IS MY MARBO GODDAMMIT!11!! 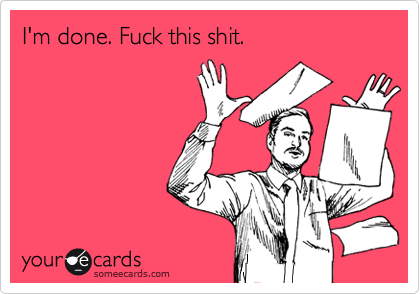 So now that we know a new and hopefully playable 40K edition will be here shortly, what kinds of things can GW do to bring some order back to game and stop forging a narrative all over our faces and chests? 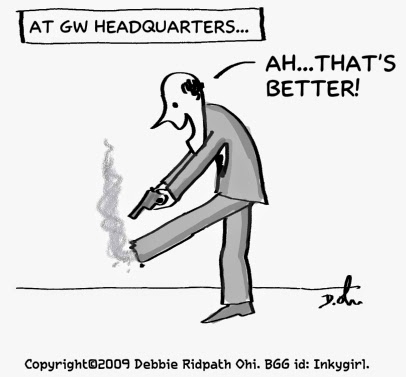 What Games Workshop needs to really do is sit down and think about the longevity of their company. Every time a new edition is unveiled there is the normal doom and gloom with people leaving the hobby for greener pastures.  This is the first time that I have actually been scared that the majority of my friends would all leave.  The Warmachine nights are far more populated than 40k nights at my Fat Local Game Store, and there are now reports that Warmahorde players are outnumbering 40k players at major tournaments on the west coast.  I really think all need to put our collective hopes together and mentally FORCE Games Workshop from fucking their shit up for a 7th time in a row.