Flyers in DzC and New Scenario Pieces for Pre-Order!

You are here: Home › Dropzone Commander › Tactics › Flyers in DzC and New Scenario Pieces for Pre-Order! The monorail scenery pack and Orbital Defence Laser scenery pack are available for pre-order on the hawk wargames site, at 45 pounds each. The monorail in particular looks amazing, with a series of pylons supporting a flexible plastic track which you can use to put seven feet of track on your table, in whatever shape you desire. Between missions you can change up the track shape! If you saw the three metre long Avenger model in 10mm scale at Salute, then you might have noticed some of these defence lasers near the superstructure of the ship. These are supposed to represent orbital defence sites from before the invasion, and any of these that can be repairs or are still in working condition need to be captured to ensure the UCM invasion succeeds, and/or can be used to shoot down scourge ships that come to reinforce the planet.

Both the introduction of new missions, and interesting new objectives is going to hopefully improve the already amazing experience of playing DzC games. It will be interesting to see how the monorail works as an objective, and whether infantry can be whisked around the track in it! The underground monorail tactics card gets a fair amount of play, so if this monorail allows buildings to be joined, it could add some intense moments to battles. 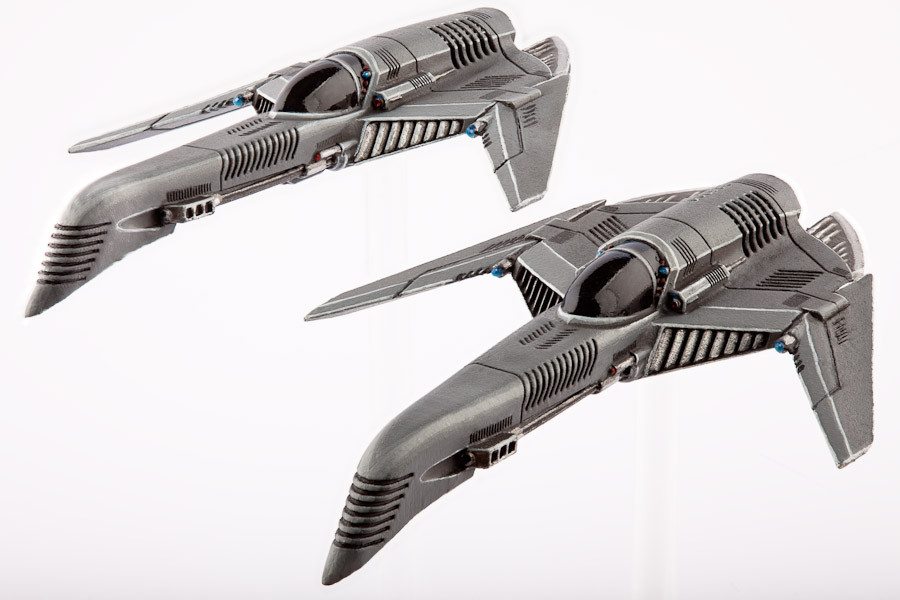 Fast movers are an interesting unit in DzC. At the moment, they are often neglected in local metas, deemed a bit too unpredictable for general use. However that’s not a good reason to leave them out of your list. In general, fast movers cost premium points. They cost you, but it’s debatable if they deliver. There’s a strong argument that fast movers add intangible benefits – your opponent’s manoeuvring will take their presence into account, and you’ll find your opponent is less likely to throw things like single light dropships off down a flank solo, when there’s the very real chance they’ll become fast movers bait before they can act.

The PHR have the strongest fast movers, which incidentally makes it the weakest fast movers. Before you look up the word “oxymoron”, I’ll explain what I mean. The PHR have a fast mover which is tremendously powerful in a number of roles. It has no less than three weapon systems, and it’s no slouch at taking hits either, with A 6 (high for a flyer) and two damage points. But this comes at a price, it’s 135pts for one of them, and it can only fire one of it’s systems in each turn. The rail repeater lays down a hail of powerful (E 7) but inaccurate (4+) shots, but with such low accuracy it hits when intercepting on a 6+. This limits the Athena to purely drop-ship hunting when it’s not using it’s cruise missiles (limit 2 per game).

The Shaltari have what I consider the next weakest fast mover – the Warspear. While it’s armed with AA cannons, and a railgun, it’s also limited to one damage point, and costs nearly as much as the Athena, just over 100pts.

The Scourge Corsair is a strange beast. It’s plasma cannon is the same as those used by Scourge tanks, with demolisher, E 11 and a short range, but it’s accuracy is 4+. With a cheap price though, at 68pts, a pack of these can be a frightening prospect, potentially lining up a swift kill on the enemy’s commander with a bit of luck.

The UCM is different, in that it has two fast mover options – the Archangel and the Seraphim. The Archangel is most commonly fielded, it’s not flashy, but it does exactly what you want, at the right price. For 67pts you get two strength 7 shots which hit on a 3+. An Archangel by itself therefore stands a VERY good chance of knocking out an enemy light dropship in an attack run. A squad of two come in at a similar price to the athena, but they can realistically intercept, and if you can line up an attack run on two light dropships you can fire one at each and run a decent chance of downing both.

The Seraphim is special. It has the heavenfire plasma system, which can deliver a medium sized blast (which is quite large), or a single E 12 hit depending on the target. When you add in bunker busting bombs (4 per game), which have demolisher d6 + 1 you can cause your opponent a world of hurt if they are trying to survive the onslaught in a building. While pricy, two damage points at armour 7 (which means most AA can’t double-damage you) give it the survivability a lot of fast movers lack.

Your mileage will vary with fast movers. They seem to work best as a counter-meta, when thrown in rarely. If the everyone starts taking fast movers, then a second powerful AA squad will simply become the new norm. However, it offers you a chance to project power in an amazing way. Often you will find medium or heavy dropships left standing on one damage point, with no AA damage nearby to use to finish them off. Additionally many lists across the world seem to function by many small squads in light dropships. If those light dropships are suddenly popping, these lists drop off dramatically, as they can’t haul their loot off the board. Meanwhile, APCs not only give you a better chance of survival, but the heavier dropships carrying them are far less vulnerable to small or minimum sized squads of fast movers.

Mix fast movers into your forces every now and then to throw your opponent’s game. From a psyche out perspective, if you have a battlegroup free, even a single corsair or a single archangel can dramatically chance your opponent’s perceived risk of sending off solo light dropships.

How have fast movers won (or lost) you games in your local group? How prevalent are fast movers, and AA in general?

Posted on April 27, 2014 by Reecius in Dropzone Commander, Tactics

11 Responses to “Flyers in DzC and New Scenario Pieces for Pre-Order!”