You are here: Home › Uncategorized › The Greatest 40K Player in the World’s Adepticon Tournament Report Part 2 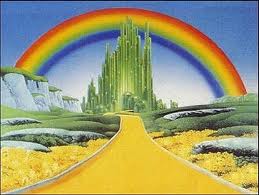 Hello everyone Frankie here to finish up my battle report of Adepticon. Check out the Tactics Corner for more great tournament reports!

So going into round three I was feeling pretty nervous since I’d never actually been on the road to the top 16 before. I ended up pulling a guy I played my first year at Adepticon and thought, crap, he’s a really good player. He hands me his list: Chaos Space Marines with Necrons. Oh gheez, three flyers. Luckily he doesn’t have the Stormlord though, that guy murders my skimmers.

I win first turn with no Night Fight. Hopefully I can wipe out some of his Spawn for points since we are playing The Scouring. I end up killing two Spawn on my turn and luckily enough for me my opponent made me roll for the Mysterious Objectives (we didn’t use them in any of our other games) which turned out to be a nice bonus for me. 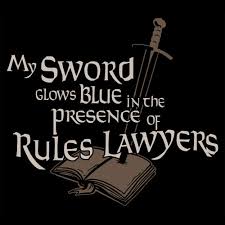 My Guardian squad was granted skyfire due to the objective they were sitting on! Hahaha, so you’re saying there’s a chance! I’ve never really seen the objectives betray someone like that, his face went from “I’m in great shape” to “oh shit, I think I’m screwed.” His turn he just moved up to about midfield, hiding as many models as he could; not too exciting so far.

My turn two I needed to watch out for the flyers since they would most likely be coming on with that Comms Relay. My Ravagers and Venoms all turbo-boosted, staying in my deployment zone, while the rest of my army just kind of sat and waited. My Wraithknight toasted a few more of the normal Spawn hiding behind a wall.

Turn two for my opponent, all of his flyers come on as do both Obliterators he had in reserve. He moves one Night Scythe onto the right flank just shy of half field, while the other and the Helldrake flew up the left flank to mid field. His Obliterators landed right in the middle of all my Venoms. Well there are a few easy kill points for me so long as my Venoms can survive.  He ended up missing with both Obliterators and forgot about my Night Shields with his Night Scythe. He looked at me and said, “oh I could have gone farther with this Night Scythe, do you mind if I go my full distance so I can shoot your Venom?” I smiled and remembered my buddy Christian again; I sternly but fairly declined his request.

My turn went better than I had hoped. Both of the Obliterators got annihilated by my Venoms which hadn’t shot all game. All my Ravagers shot up at a Night Scythe and ended up bringing it down. Thanks to my opponent being a stickler with the rules, my Skyfire Guardians bring down the Helldrake with ease. The Darn Wraith Knight missed his shots against the last Spawn which was making a break for the table corner.

My opponent was up and saw that he could make a charge to my Wraithknight which I had sent to mid-field to shoot at the Spawn. I was hoping he would hop out of his cover and charge me so I could pick up Warlord and another Fast Attack point. He took the bait and charged into my Wraithknight! Sorry old boy, I hope you don’t survive this fight.

His Night Scythe flew over and put the hurt down on one of my Venoms that I was going for Line Breaker with. He charged the Wraithknight and only did 2 wounds to him with his Black Mace…crap…he survived. However, the rules lawyer comes out in my opponent again though, and he reminds me that there will be two toughness checks for the Wraithknight due to the Balck Mace! Haha come on Wraithknight, give me a 6! I roll them bones and BAM!! Double sixes and he’s gone! Now his unit is no longer protected by being locked in assault.

The Venoms lock and load, and brought all the Spawn down quite easily, additionally doing all but one wound to the Lord. I also made my way towards the three objectives in my deployment zone. My opponent hid his Lords and made his way onto his objectives. My two point objective is at midfield which he’s going to contest with his lord and cultist unit.

Turn five came around and I got all my troops onto my objectives and left my Farseer in the blob as I didn’t want to give up a kill point. If I wanted to, I could have flown my Farseer up-field and contested his 3 pointer, but, I thought I’d save it for turn six if there was one.

My opponent added up Kill Points and realized he’s down about 3. He charged out and killed one of my Warrior squads with the Warlord. The other lord charged with the Cultists into my Warrior squad on the objective, killing them very quickly.

Shoot, he is now winning the Primary. The dice is rolled and Boom, turn six here I come! I needed that.

I unleashed hell on the Lord and Cultist unit on my objective, killing all of them. A few Venoms fire at the lone Lord, killing him as well. Now I am winning the Primary and Secondary.

The game ends after my opponent’s turn. I’m thinking I got primary and secondary. However, my opponent throws me a curve ball and says that scouring points are bonus kill points. What…. My stomach felt sick at that point. I read the mission more thoroughly and yes, Scouring Points are bonus kill points. We add up kill points again and I had those soundly but if I hadn’t killed that Lord on the objective I would have lost… great game. Dark Eldar/ Eldar minor victory.

I needed a beer after that game so I grabed a couple during dinner with some of the fellas from Team Zero Comp! I was now coming into round four, the last round before they pick the top 16. This is probably going to be a tough game.

I pulled a guy that I met on the east coast for the Torrent of Fire invitational. He’s an awesome guy and was playing Tau with Eldar. Luckily my list does extremely well against Tau. I won first turn and set up in the middle of my deployment zone so I can alpha strike the hell out of him.

He hid both Riptides behind his Bastion and put one unit of Broadsides inside of it. The other Broadsides are joined by Eldrad and a Buffmander in a forest. My opponent try’s to seize the initiative; I close my eyes and pray he doesn’t roll that six. I hear him say your turn one. YAY! lets bring the pain.

I separate my units in half making sure that my vehicles stay out of his Broadsides’ range and lining up shots on his Riptides. I fire one flank into a Riptide dealing only three wounds. I forgot that the Bastion gives them 3+ cover. Shit, this isn’t going to plan. I fire half of the right flank into him doing another wound. Well crap, at this point I need to get first blood. I shoot the rest of my vehicles into him finally bringing him down with his 2+ cover since he went to ground. My guardians shot at the other Riptide, dealing a wound. That could have gone a lot better.

He returned fire, immobilizing a Venom with his Riptide and killed almost all of my Guardians and dealing that fateful wound to Vect. Shit, this isn’t going how I thought it would.

My turn two I started shooting everything into the Riptide doing all but one wound to him and shaking the Bastion. My Wraithknight jumped up to midfield, hoping to draw fire to him. My opponent shot him with one Broadside unit doing 8 wounds. I fail 6 saves and he dies. Doh! Well crap, lol, that’s all she wrote. He fires into my vehicles bringing down 3 of them. I remember how I usually beat Tau at this point, kill the Broadsides FIRST. haha. 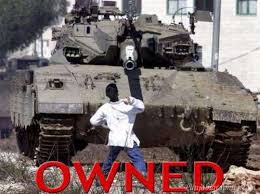 I should have jumped my Wraithknight forward turn one along with my Guardians. I should have shot everything into that Broadside unit with Eldrad. Oh well, better luck next time. My opponent tears me apart with his shooting over the next couple of turns and wins quite soundly. Going into the last game I played terribly and could have won if I thought a little more about my strategy and took out the Broadisdes first. My opponent was a great guy and a great list. Tau/ Eldar Crushing Victory.

I missed the top 16 by one game this year but was kind of glad I did. Our next day was a lot of fun and we finally made it into the city to check out downtown Chicago. Plus, playing against a bunch of the best players in the country with 2+ re-rolls doesn’t really sound too exciting, honestly. Haha, who am I kidding, it would have been awesome to play those guys and see their faces when my Dark Eldar Venom spam wiped them off the table! Oh well better luck next year.

Posted on April 21, 2014 by Reecius in Uncategorized