The Greatest 40K Player in the World Reports from Adepticon!

You are here: Home › 40K › Tournament report › The Greatest 40K Player in the World Reports from Adepticon! 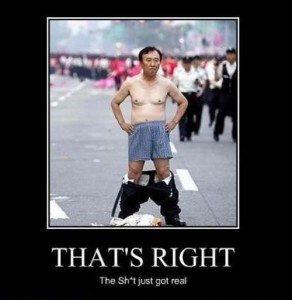 So as most of you know, Adepticon is the largest 40k tournament in the US–if not the world–drawing well over 500 40k players alone for various tournaments.

The main event is the 40k championships draws in 256 players every year, all hoping to take home the gold. The Team Tournament is bigger, but the singles is the more competitive event, IMO.

This was my third Adepticon and was just as fun as the first, seeing old friends and making new ones. My main goal though was to make it to that final 16, which is no small feat, but should be no problem for the greatest 40k player in the world! I had to change my list a little for this tournament as I knew going into it that there would be a lot of deathstars. So I added a Homunculus with a Hexrifle and the Crucible of Malediction, along with all my Ravagers took Torment Grenade Launchers. Let’s get this show on the road: round one! Fight! 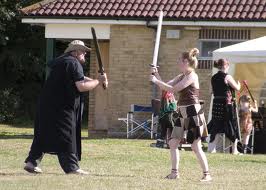 Round one I play a really fun guy, Lord Wellingstone, who was rooting for me to kill some of his guys lol. He brought a fun daemon list with only Nurglings as troops…no scoring units on the board! But, the army looked amazing with all the conversions and impressive painting done to it. I received first turn and blew up his decked out Deamon Prince that got some really good greater gifts and psychic powers. Strength 10 is the bane of Deamon Princes and Mr. Wraithknight has that in spades! Good job Wraithknight, off to a great start.

I continued to blow up both of his chariots and kill a few Plague Drones before my turn was done. Deamon turn one everything flys up the table super fast moving 12 and ignoring cover basically resulting in 30 wounds or so in my face. Thank goodness I got first turn!

My turn two goes very well, I move my ravagers around his Khorne Hearld and end up killing all but one Bloodcrusher. The rest of my shooting kills all the Plague Drones.

His turn two no Great Unclean One, he’s waiting for the right moment to strike. My opponent makes a long charge into my Wraithknight with one of the Khorne Heralds that was in a chariot. We are both cheering for him to roll that 6 which causes instant death but no such luck. His Hearld makes three invulnerable saves and survives for another turn.

My turn is just kind of clean up, whipping on some of the Nurglings with Vect and company and making my way into his deployment zone. The Wraithknight survives another attack from the Hearld and doesn’t squish him. We are both excited about this as we want to see the Hearld claim the Wraithknight’s head and forge that narrative!

Turn three for Deamons the Great Unclean one lands right in front of Vect and makes a rude gesture towards him. My Wraithknight finishes off the Hearld and heads towards the action. My turn, Vect leaves his unit and decides it’s time to forge a narrative. He charges into the Great Unclean one hitting with every attack and wounding with all of his attacks as well. The Great Unclean one fails every save and dies, haha! Great game we both had a lot of fun forging narratives and rooting for each others models to kill each other. DE/Eldar Crushing Victory. 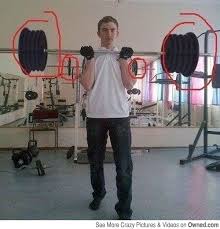 Round two I find myself playing a guy that just smashed his opponent, using his Centurian star White Scar / Inquisition list. My opponent wins first turn and places his Bastion at mid field which denies that area for me to place terrain. No where for me to hide…uh oh!

We both deploy very defensively trying to hide as much out of line of sight and range as possible. He scouts all of his bikes forward so that they will have a turn one alpha strike. Gulp! Vect if I’ve ever needed you to seize, now is one of those times. My opponent makes me roll both dice separate as he thought it made a difference and increase my odds of rolling two 4’s (which it doesn’t, rolling two dice at the same time or one and then the other is statistically the same). Fine with me, it just ups the suspense! First roll, dun dun dun…2…. Fuck, Vect you whore!!

My opponent flys forward with all the Bikes and sends the Centurions into the Bastion leaving Khan outside to guard the door, haha. He fires everything he’s got into my Guardians… well shit I should have put them farther back. He ends up killing every single Guardian but not doing any damage to Vect or my Farseer.

My round one I have to bring the pain. The Wraithknight gets Forewarning cast onto him and he hops over the building. My Venoms move around along with my Ravagers, lining up all my fire power. All my shots wipe out most of the Bikes except for two units and a few stragglers. My Wraithknight charges into a full bike squad killing all of them. Vect and the Farseer charge into the other unit and wipe them out as well.

Biker turn two, his outflanking Bike unit comes in and gets extremely close to my Ravager. His two lone bikes fly up to my other two Ravagers preparing to assault. The Centurionstar stays in the Bastion, thank goodness, and shoots everything into my poor Wraithknight. 18 wounds or something crazy and he gets evaporated. The Bikes end up not doing anything to my vehicles even with all those shots and charging. I dodged a bullet there.

Vect and the Farseer hide behind a large cactus right in front of the Bastion. My vehicles all move around and put massive fire power into the rest of the Bikers, killing all of them. Now the Centurionstar has to come out of the Bastion to defend the Scouts in the backfield. My opponent makes a huge mistake though and flys Khan behind the Centurions instead of in front to soak up some fire. He realizes it after he gets done shooting and asks if I would be okay with him moving him in front. Unfortunately, I won my first game and I had to be “stern but fair” as our buddy Christian used to say. So I decline his request as this is a tournament and a big mistake like that can’t be taken back. All my shots go into the centurions killing all but one leaving it with one wound left.

He moves forward putting pot shots into a Venom and not really doing much else. I put the rest of my shots into the Deathstar, killing the last Centurion, the Inquisitor with Psychotroke Grenades and dealing all but one wound to the other three characters. He is forced now to break them apart and go contest all of my objectives which he does.

My turn five could be the last turn of the game so I grab a few more objectives, and kill Khan with Vect. Vect goes beast-mode on Khan, with every attack hitting and wounding again! I killed Coteaz with my Hexrifle (sweet!) and Tigerius with my Venoms. My farseer flys up the field and contests his Scout’s objective.

That was an extremely hard game which I thought he had me on when he killed all my Guardians turn one. DE/Eldar Crushing Victory.

This article is getting a little long and I think I forged enough narratives so far so I will finish up my tournament report next week. Thanks for reading but I mean, seriously, who wouldn’t when its written by a guy who will go down in the history books as the greatest 40k player that has ever lived!

15 Responses to “The Greatest 40K Player in the World Reports from Adepticon!”

Leave a Reply to japatoes