Raw Dogger’s Not This Week in 40K

Raw Dogger’s back, but this week it’s the Not 40K Week in Review. Reader be ware, Raw Dogger writes humor pieces for an adult audience. For more snark, check out his blog, KimChi Games!

So after 6 weeks of turd pictures, swears, and more man on man prison rape jokes than you can shake a stick at I’ve come to the conclusion that there just isn’t enough 40K material that I am interested in to write an article on the subject every week.  So instead of a weekly update on 40k I will be doing a monthly update on 40k.  I figure I can get at least 500 words for an article if I wait a whole month, right?  If not I’ll just pad it with turd jokes, swears, and man on man prison rape jokes. 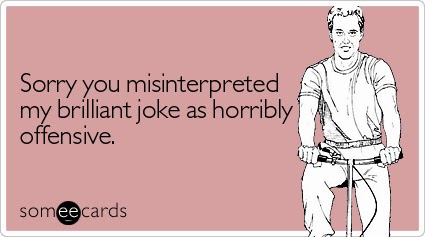 So while you all wait on baited breath for the end of the month, I’ll satisfy your ravenous loins with a post about the upcoming Broadside Bash tournament in San Diego at the end of the month and the list that I will be taking.  The Broadside Bash, for the uninitiated, is a 2000 point tournament held every year at Kingdom Con in San Diego.  You can visit their website here.  The Broadside Bash uses custom missions which vary from year to year.  This year, unfortunately, they decided to go with majority Kill Point missions which encourage the use of the dreaded deathstar lists that are all the hotness at the moment.  They have also made the decision not to allow Super Heavies of any type, though I personally do not think that any of the current Super Heavies have what it takes to take out the Beast Star, Seer Council, or any of the other ‘Stars’ that we are seeing in the competitive meta (barring the Revenant Titan of course). The only thing that will keep this tournament from going full derp is the inclusion of the limited detachment rules that Reece and Frontline Gaming have implemented in their BAO formatted events (i.e only 2 total detachments may be taken in any list).  The Bash also allows Forgeworld 40k approved units, but limits abuse by not allowing players to take multiples of the same unit.

For the event I’ve decided to break out my Grey Knights with Imperial Guard allies.  I think the list has everything needed to compete with the lists most likely to be seen and, most importantly, is mostly painted.  Here’s the list.

6x Paladins with 2x Psycannons and the Brotherhood Banner

Strike Squad with Psycannon, 2x Halberds in a Razorback with Psybolt Ammo

Strike Squad with Psycannon, 2x Halberds in a Razorback with Psybolt Ammo

I had to physically restrain myself from taking Psychotroke Grenades on the Grandmaster.  That was just a bit *too* good and combining that with the Rad Grenades made me feel dirty inside.  So, what do you think?  How can I make this list better?  Does it have what it takes to compete with 4 Riptide Buffmander lists, etc?