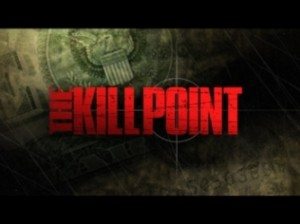 Another Editorial from Down Under by our friend, TinBane.

The general 6th ed counter to “focal point” based lists is that in general they aren’t scoring. Scoring is a way to win games, the Skyblight list is massively powerful in part because it allows you to take a unit which is incontestable, and gets recycled on a 4+. Points are spent so that troops can be delayed, so they can come in for a late grab on objectives, and troops are often small units incapable of having a meaningful impact on the battlefield.

So what stands in they way of MSU as a capable game winning meta? One of the biggest problems is missions that use Kill Points. It sounds like Adepticon included a high proportion of these, compared to the 1/6 in the BRB. Which pretty much puts any MSU list out of the game.

Why does this happen? Well in an objective based mission, a Deathstar can only really eat a unit per game turn. Assuming you bring enough MSUs, you can choke them up on small units which they may have trouble clearing. As soon as kill points come in, each MSU killed might give away a victory point, the same as you’d get for first blood or for killing a warlord. OUCH!

The counter to this, is that having some form of kill points means that armies have a reason to engage. It becomes a trade-off to try and secure a 3 point objective by sitting in a storm raven and coming in at the last minute.

What is the solution?

1. There’s no accounting for taste:

The first is to go back to an old 40k system, where destroying/routing a unit gives their points values to the other team. Taking them below half strength decreases this to half that value. It means killing an expensive unit, gives you more points. What’s the downside? Post-game VP calculations become very much a game of accounting. Victory points for objectives becomes a percentage of the total points on the table, so even getting a clear idea mid game of where you exactly sit becomes a bit of an art. In short, it’s probably the best option, but it becomes complex!

2. Rounding out the options:

To simplify the above system, VPs can be based on the value of the unit, rounded to the nearest 100pts. That sounds amazing! Less points to keep track of, you can write them on your army list, and there’s only 18 of those suckers in a 1750pt list?

Well, no, there isn’t. You see as soon as you set a threshold (like >= 50pts rounds up to 1vp) you get gamification of the scoring theme. Army 1 and Army 2 might have the same points, but Army 1 has 25% more VPs than his opponent can take! It’s better than what we have now, but it’s far from simple, and it moves the problem around. A unit at 145pts is worth half the points of a unit at 150pts, and this distortion ripples through lists, changing the validity of loadouts purely down to countering unit scoring.

Instead, what if we just change the existing system? The aim (at least my intended aim) is to counteract KPs impact on the validity of having a greater number of independent small units. With that in mind, my proposal is that you work out the number of KPs each side has at the start of the game, and if there’s an imbalance, the side with the most KPs allocates them to enemy units of their choice. You cannot allocate more KPs to a unit that already has extra, without every other unit having one allocated (no cultist squad worth 5 vps). As this is done before deployment, it has two effects:

1. Your opponent can’t manipulate their number of KPs to add points onto your units. So you can’t combat squad units until you have one more KP in your army than your opponent, and force it onto their unit most likely to die. And on the flipside, if someone does stack KPs onto a weaker unit it will serve as an incentive to keep that unit in reserve/safe.

Do you have a good way to positively impact on the meta? Is there a better solution to the KP dilemma? Or is the KP disparity an important and fundamental balancing tool of the 40k game, honed to perfection?

16 Responses to “Guest Editorial by TinBane: Kill Points and Balance”