An Idea Worth Discussing

You are here: Home › 40K › Editorial › An Idea Worth Discussing 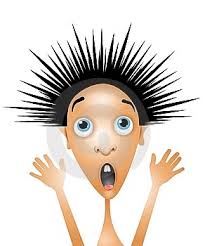 Let’s talk about a new idea that may be a lot of fun.

So on the Frontline Gaming forums, we’ve been discussing a lot of ideas for tournaments going forward. We’ve been batting around a lot of ideas but one that I wanted to pitch to the community was a simple, but big, change to Chaos Space Marines.

As most of us know, Chaos Space Marines are pretty hard off. They are easily the worst troop in 6th ed, possibly the worst troop we’ve seen in the game. I have written numerous articles on the subject, but to summarize: the combination of no reliable morale control and the Champion of Chaos rule combines to make them an incredibly poorly designed unit that will often end up committing suicide.

It’s a shame because in the fluff/art/idea of Chaos Space Marines, they are always brutal, bad-ass, heavy metal space warriors without peer. On the table, they’re bumbling idiots that barely function. The real straw that broke the camel’s back for me, was seeing that Crimson Slaughter Cultists, little ragamuffins with lead pipes and pea shooters, cause fear tests in Chaos Space marines. WTF? That is ludicrous. Beyond ludicrous.

So, what about a tournament rule addendums that states:

For 1 point per model, a unit of Chaos Space Marines may be upgraded to have And They Shall Know No Fear. Every model in the unit must purchase the upgrade.

EDIT-Or, as an alternative to the above, make the Icon of Vengeance (Fearless Icon) a mark so that it cannot be sniped out of the unit. It is still very expensive though, at 25 points, and Fearless is not as good as ATSKNF. I feel that this a viable alternative, but may not fix the issue as at 15.5 points per model in a 10 man unit, plus upgrades, Chaos Space Marines go up in points rapidly and are not nearly as good as Loyalist Marines who come in at a cheaper price point and have Combat Squads and Chapter Tactics.

And we would also alter the Champion of Chaos rule to state that any Chaos Character MAY challenge, but does not have to.

So what does this mean?

It means that Chaos can be reliable. We thought about a more toned down version of ATSKNF, but, this seems simpler. Everyone already knows how ATSKNF works so it would be an easy transition, and Chaos Space Marines are still Space Marines. They may be selfish and evil, but they certainly aren’t cowards. Fluff aside, it makes the units playable in a competitive setting.

And, even with these changes, if you compare Chaos to loyalist Marines, they still fall short. For 14pts a model, a Chaos Space Marine has the same stats but no Chapter Tactics, no Stubborn (Dark Angels), no Counter Attack (Space Wolves), etc. They HAVE to buy the Aspiring Champion who in the edition of challenges is a waste of points in most cases. Loyalist squads usually don’t take the Veteran Sarge upgrade, for example. So on a strict points efficiency basis, Chaos Space marines would still fall short of their loyalist brothers but at the least would be playable.

The Champion of Chaos rule is now a nice little bonus instead of a ridiculous detriment. It doesn’t compare to Chapter Tactics by a mile, but it is something.

It also makes units like Chosen, Raptors, Bikers, Havocs, etc. worth considering. They can run up in price quickly and with ATSKNF, those points spent aren’t a liability.

What do you gall think?

203 Responses to “An Idea Worth Discussing”

Leave a Reply to Aventine