Review of our Gaming Mats by D W Hawthorne

DW Hawthorne reviews our mat! Check him out over at The Rune Council of Ulthwe blog!

Over the years I’ve had a number of different surfaces for my battles.  The first was a 6 x 4 board with green felt on it.  Later it was a 6 x 4 board painted grey.  Then I got into making surfaces, so I had 4 x 2 slats of insulation that were painted grey and formed the surface of my city fight board.  I played on those for years and had gone so far as to have alternate slats for rivers of toxic waste and I was pretty happy.

After some time I started to have issues.  Not with the qualities, but with the theme of my board.  I play Eldar.  why is every one of my games played in the ruins of an imperial city.  So I worked to change it.  I replaced my ruined buildings and tank traps and added in some really specific Eldar pieces to suggest I was battling on a Maiden world.  This felt much more natural to me and helped justify my craftworld going to war.

At this point I wanted the world to still be verdant, but I didn’t want to go back to a bland, green felt covered board.  After doing some research I found TheTerrainGuy, who offered a 6 x 4 mat that fit my needs.  It was a green/brown flocked heavy canvass that ran me $75 before shipping.  Then I moved to the other side of the world and I gave it to a friend so it would still go to good use.

For the last couple of years I had taken photos of completed models on that surface because I felt like it was nice to show people what they’d look like on a table top.  I could no longer do that and it was bothering me, and TerrainGuy’s shop was no longer up online.  Then Frontline Gaming announced its Mega Mat Kickstarter and it spurred me to actually sign up to Kickstarter and back it.  Now I’ve received it and I can tell you I am a happy camper.  For people who are considering getting one I’ll compare it to the one I previously had in a head to head match-up.

The Terrain Guy mat was very nice, in part because it has a real shadow effect due to the texture of the pre-painted flock.  It added a sense of realism to the scene.  4/5  The Mega Mat has a high definition scene printed on the top that is incredibly detailed.  That said there is an odd effect at certain angles that gives the image almost a metallic sheen. 4/5

The Terrain Guy mat didn’t hold up well when photographed.  The level of light needed to take a solid photo of a model just washes out the entire range of depth that the human eye gets to see, and the ground becomes a grainy, blur of green and brown. 2/5 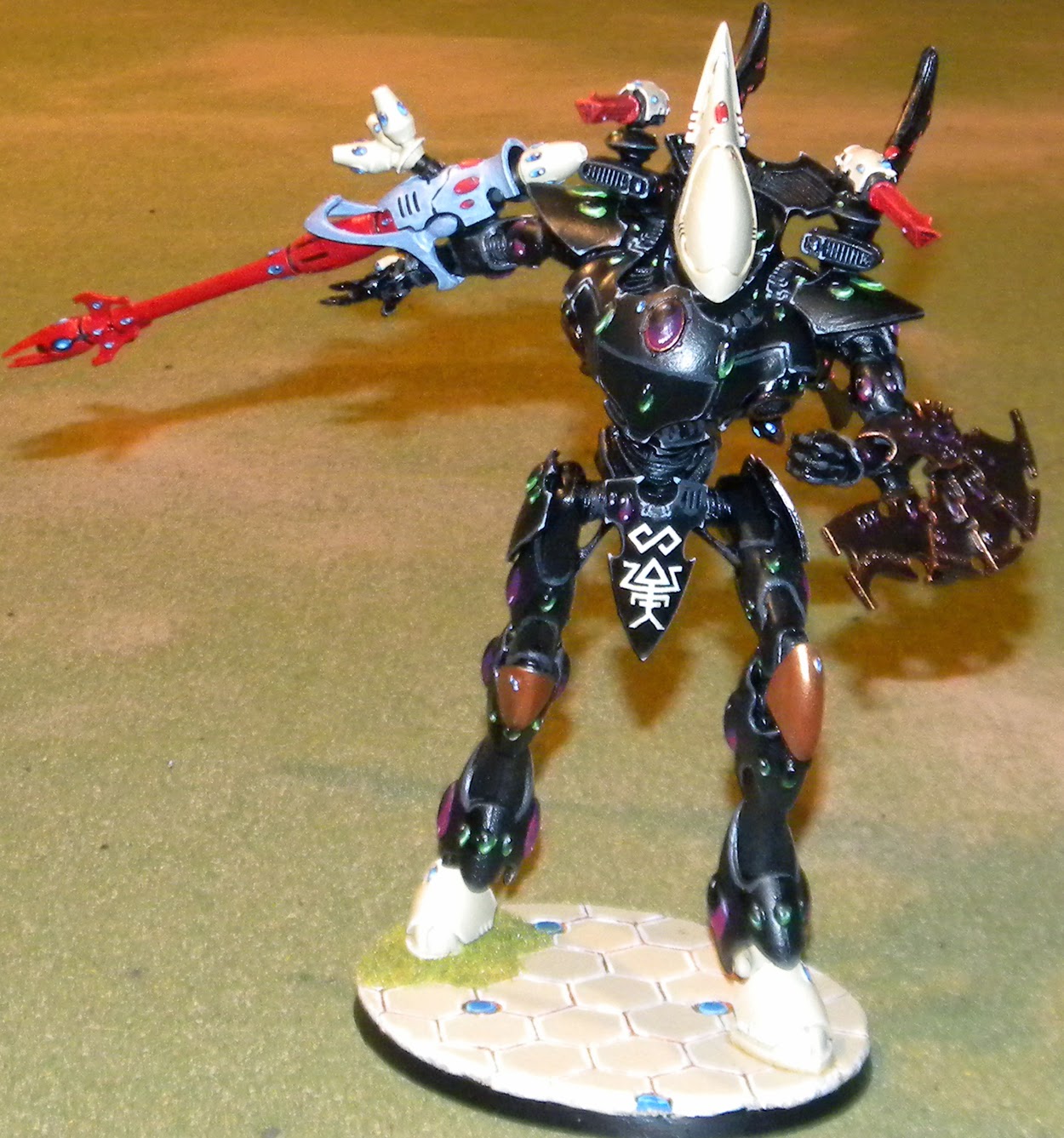 The Mega Mat however loves being photographed and the detail seems almost magnified by it. 5/5 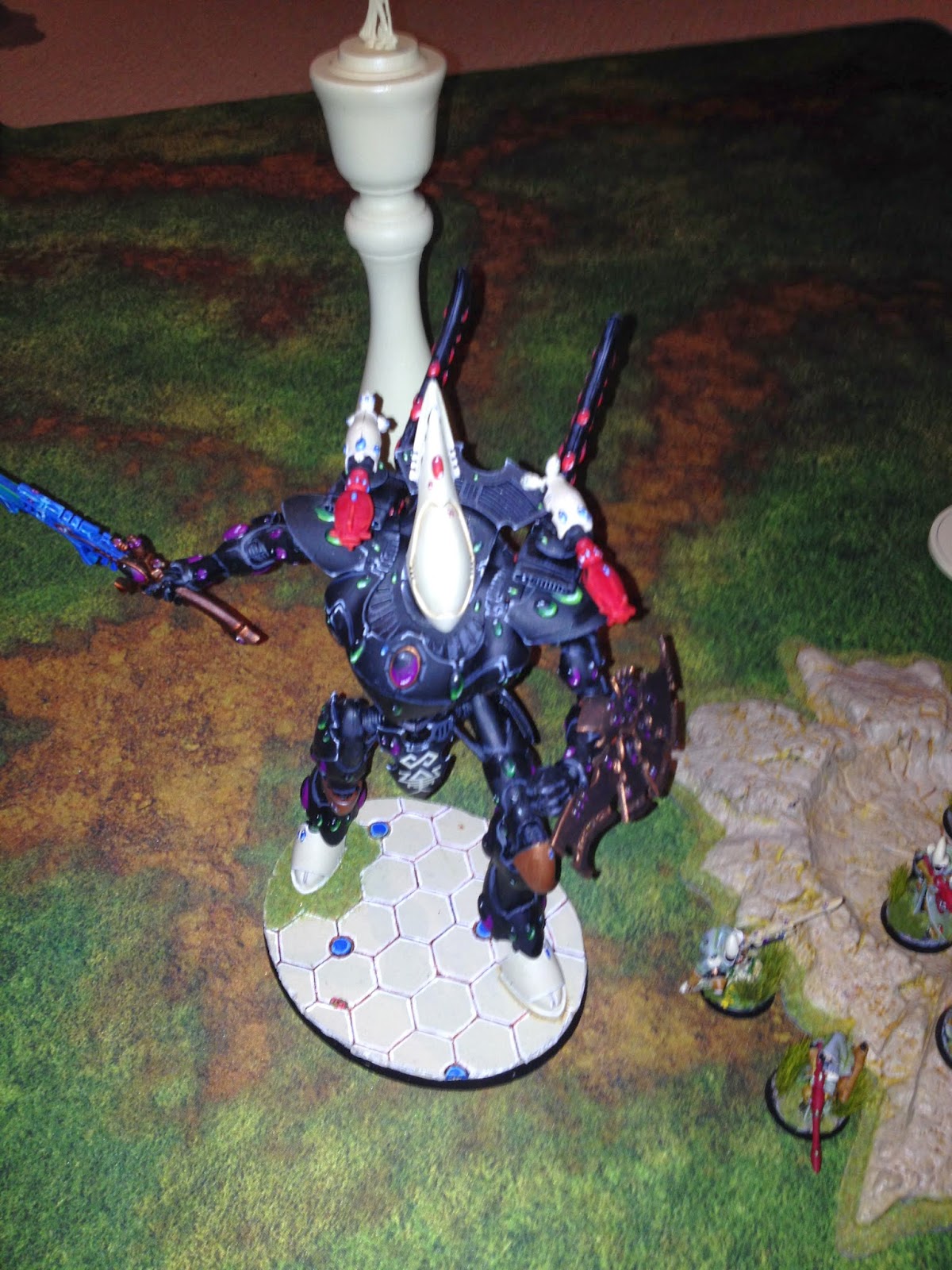 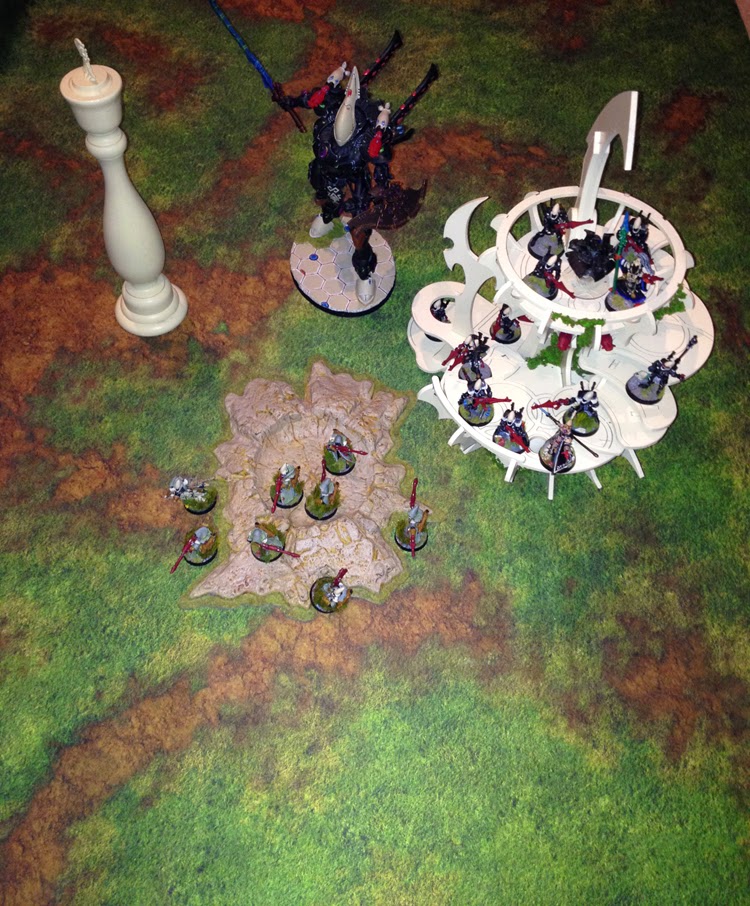 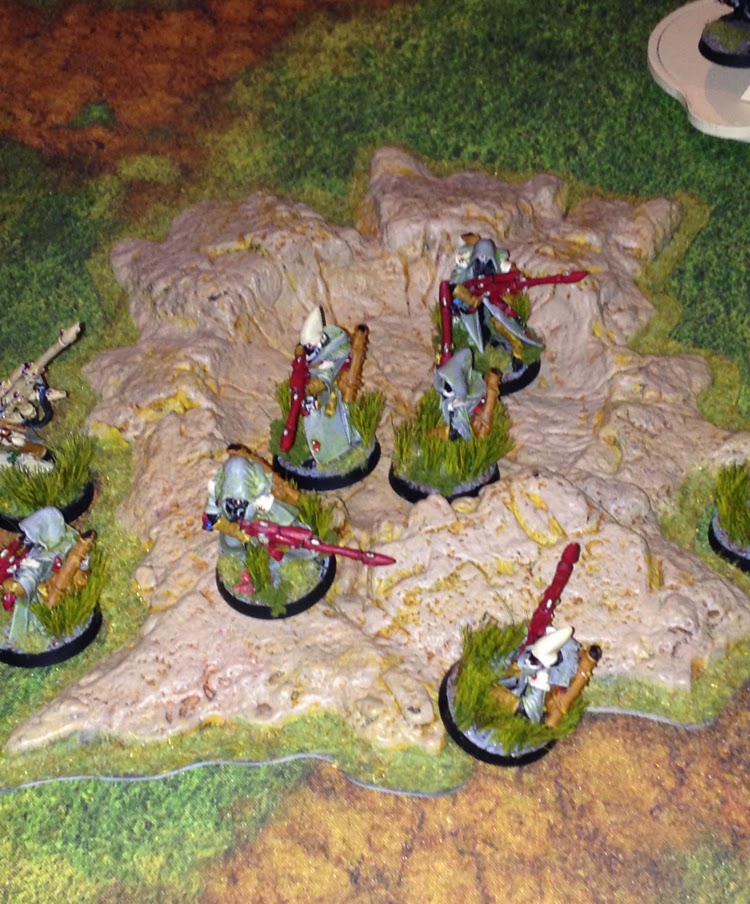 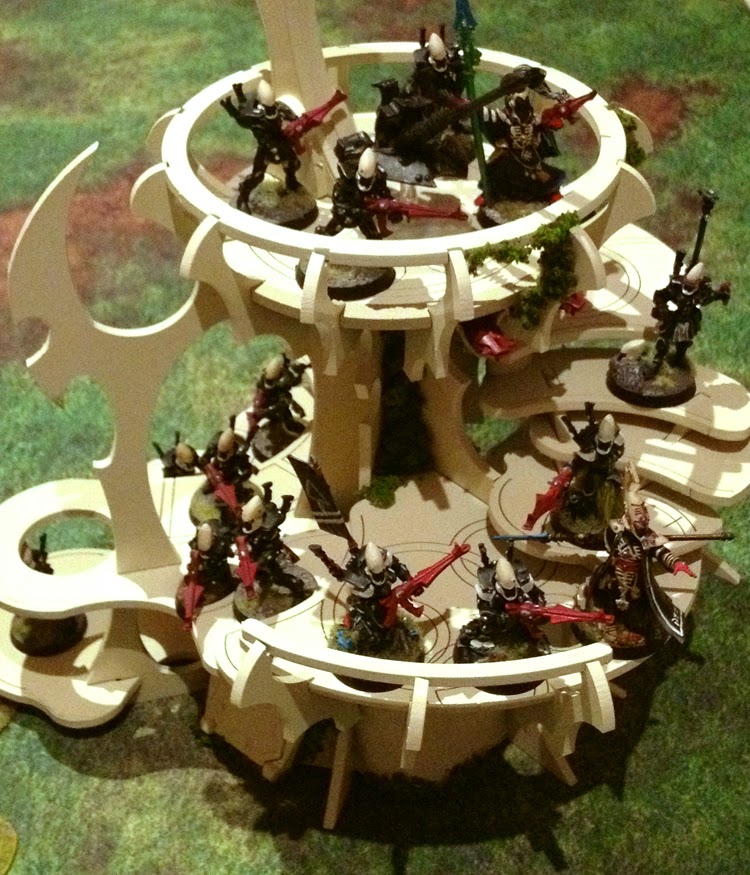 Both roll up easily to a 4 foot tall roll that’s a little bit smaller than a large blast template which would grant them both a 4/5, but the Mega Mat comes with a canvas carry bag that bumps it up to the 5/5 as you don’t need to worry about it trying to unfold when you are pulling it from wherever you keep it.

The Terrain Guy wrote TheTerrainGuy.com on the underside of the mat, which meant the surface was completely untagged. 5/5 The Mega Mat has a small, unobtrusive Frontline Gaming logo in the corner. 4/5

If you game at some point a beverage will be placed on your table.  The Terrain Guy mat absorbs water, even condensation, which creates spots until it dries, and in the event of a dark soda like cola a drop will permanently discolor the surface. 2/5 The Mega Mat seems to be pretty much liquid proof and a spill can be pretty easily cleaned off of it. 5/5

When flat, both mats have pretty much no effect on dice and don’t clatter like the GW board, so that’s very much a wash, except I did write “when flat.”  The Terrain Guy mat is a heavy duty canvas  that can get creases if folded rather than rolled and it takes days of weighting it with books to get those creases to really go away.  Even when you roll it the ends tend to curl until it’s had some time laying flat. 3/5  The Mega Mat just lays flat on the table.  5/5

All in all they’re both quality purchases, and once shipping was considered they were almost identical price.  As someone who has had experience with a mat before it really lets me appreciate how good a product the Mega Mat is, and I didn’t even mention that despite an expected ship date of April the Frontline Gaming guys managed to ship it out and have it arrive in Australia in the second week of March, a month earlier than I expected it!