The Greatest 40K Player in the Universe on Hero Hammer

You are here: Home › 40K › Editorial › The Greatest 40K Player in the Universe on Hero Hammer 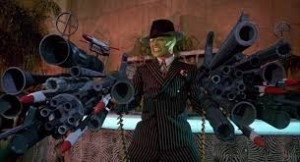 Frankie here to talk to you guys about hero hammer.

In sixth edition it feels like your most important slot is your HQ choice. A lot of armies depend on them to bring the pain down on the opponent’s army. Most lists that I make and I am sure many of you make, begins’ with the most bad-ass character I can find, or the character I think the list should be based around. Armies such as Chaos Space marines and Daemons really depend on these characters to make a list work.

Lets think for a second about all of the top tier lists and the HQ choices they use. Seer council uses two Farseers and the Baron. Ovesastar uses Ovesa, a Commander and sometimes another HQ choice. Screamerstar uses three or four heralds and Fateweaver. Space marines use a bunch of Chapter Masters and a lot of time, Khan. My god, that is a lot of HQ choices that keep all these lists running. 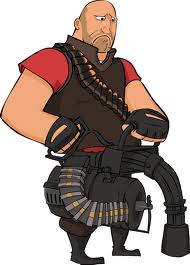 Now lets think back to fifth edition HQ choices were not the main point in most armies. Fifth edition was more based around your troops. Most armies took troops that would contribute to the game and took cheap HQ choices so they could fit in more killy units. Of course there were the armies that needed HQ choices to do well such as Fateweaver Deamons for re-rolls, and Draigo for Paladin troops but for the most part the armies were built around scoring units. I’m also not saying that fifth was the best edition and that we should go back to it but it seemed a lot more balanced than what we have now. Not as many issues with broken lists that you have no chance against. In fifth at least it always felt like you had a chance to win.

Okay so here is my question to all of you: what would happen to sixth if we took HQ choices out of the game? What armies would dominate and do you guys think the Meta would change? Just a silly question.

← Guest Review of the Helbrute Formations by Adam
Signals from the Frontline: Warhammer 40K and General Gaming News, Rumors, Tactics and Jokes →