Adam from the WAAGH Drill Teef Blog is back with a guest Editorial!

My hat goes off to anyone who takes the 40k Community helm in both hands and steers through these troubled waters.  It’s a lot of hard work and sacrifice to month after month and year after year devote precious time, capital, and health to support our community. This gratitude comes with an understanding of the difficulties in dealing with the vocal and often arrogantly opinionated web presence of 40k fans.

A great many of us love going to events to meet up with far-flung friends and roll dice.  I’m far from a veteran at this sort of thing, but I’m already extremely stoked at the prospect of pulling up to at least a dozen tables at Adepticon only to throw my Greenskins into a hail of enemy fire from a bunch of new friends. Thank you for making this possible.

There has been a lot of talk lately of how important it is for the 40k Community, going forward, to be more heavy-handed with the rules of the game. Let’s face it, adjudicating someone else’s rules system is only one part of all the responsibilities an event organizer has on their plate. Considering the risks of running a major tournament, I’m sure that rules debates can seem small or even petty to someone who could easily lose their livelihood if a more fundamental issue comes up in the preparation process.

This is why I applaud the Independent Tournament FAQ team and their efforts. It’s a great way to gather a consensus on these adjudications because it allows people to share the burden. There has been some negativity lobbed their way in recent months, but at the end of the day, all that truly matters is that the game goes on. Even if you disagree personally with one or two rulings, at least we’re all playing the same game.

However, since we seem to be at a precipice these days, on the verge of changing the way the 40k Community looks at what is “official” and which rulings should be made on a number of issues, I wanted to add my voice to the din of public opinion. 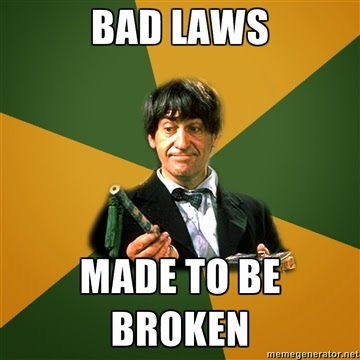 When RaW Has No Right Answer

I would like to offer up the concept of ruling on the side of common sense rather than Rules as Written in a few specific situations.

The first situation in which a Common Sense Ruling should override Rules as Written is when there is no clear choice between decisions. This includes blatant rules contradictions such as when the “Out of Range” FAQ came out and the rules seemed to tell us that wounds both MAY and MAY NOT be allocated to models which were in a unit that was, in part, within range.

Another similar situation is when rules seem to have scope issues. These are rules which don’t clearly follow the guidelines for specificity (or, using the terms from the rulebook, basic vs. advanced). A lot of times, it’s the ambiguity of the phrase “as normal” or something similar which causes the problem. One specific situation where lack of scope causes logic issues is the ability (or lack thereof) for models to assault Walkers when they can’t hurt said walkers. Also included in this category is whether vehicles may take saves from Grav Weapons. 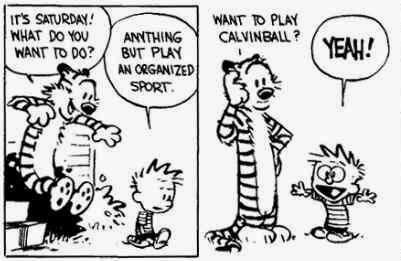 Which is always.  Because it is.  Okay, that’s a little too absolute.  I personally feel that Rules as Intended is fraught with fallacy.  There is no true way to divine intent.  There is no certainty with this approach and there can be no quorum because it’s all based on knowledge which simply does not exist. This makes it tough to argue RaW vs RaI because at least RaW has some substance to it. 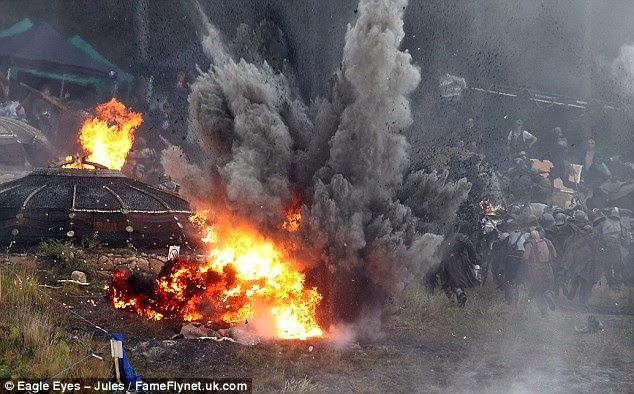 When the Cinematic Approach Seems Like the Only Way

A lot of us in the community love to argue RaW like a pair of lawyers on a bad procedural drama on TNT. This is fun and all, but I don’t think it’s all that helpful. If, at the end of the day, the RaW conclusion hurts the game, makes no logical sense, or adds a great deal of pointless complexity, then it should be ignored. I know, dogs & cats… living together… mass hysteria! It’s not the end of the day if we rule on the side of common sense in these situations.

Note that ruling with the Cinematic approach isn’t meant to break clear rules.  Sometimes the rules are certainly very abstract and can’t hope to perfectly represent real combat physics.  Common Sense Rulings are meant for situations which break a common person’s brain to think about any other way.

For example, how many hits does a void shield take when you put a blast marker over 8 models inside? How about 6 models? 10? Let’s just agree that 1 hit is the only answer that makes any kind of sense.

Sometimes when I offer a solution like that, the response is, “Why is that the only answer that makes sense… show me in the rules where you can draw that conclusion.” The important thing to remember is that you don’t have to show someone in the rules whether or not your common-sense ruling holds up to the RaW or not because your approach is different. The shot from the blast hits the shield before it hits any models. It’s a shield. That’s what it does.

We do not have to break the game in order to adhere to RaW. If we do that, the bad rules win and everybody else loses.

And that’s what I’d like to see going forward. If we’re going to all be playing under a community FAQ, I think it’s important that the rulings make sense to as many people as possible. I know that there are a bunch of folks who hammer away at their desire for rules purity down to the letter.  I know that some folks, particularly my own peers of the nerd variety, absolutely cringe at the thought of an arbitrary ruling based partially on a cinematic approach.

It’s just that I can’t imagine strict RaW is how the majority of players would like their games to be played.   I deeply hope that the mindset for all of the 40k Community decision-makers will always be to do no harm and let common sense always prevail over RaW and RaI. 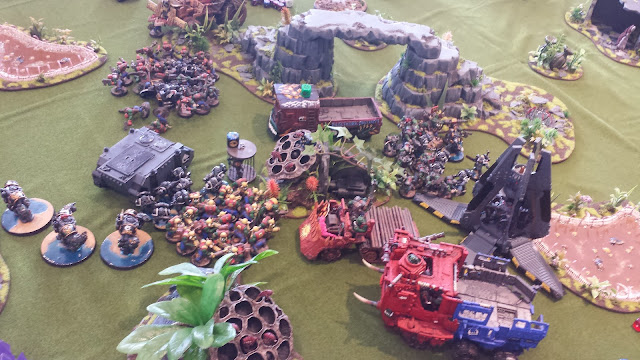 Sometimes we just have to take this stuff in our own hands.   At the end of the day, we pull up to a table and something happens which we have to gird up our grown-up loins and make a call about.

For example, I attended the awesome Da Boyz GT.  In my fourth game, I asked my Space Marine opponent if he was going to shoot at the Gretchin holding my quadgun on the roof of my Bastion with his Thunderfire Cannon. It being Hammer & Anvil deployment with Night Fight in play, he said, “I can’t. I’m outside 36 inches.” I knew what he was talking about. It hadn’t been covered in the FAQ, but I knew it was a contentious one and I thought that the ruling he was using was dumb.

“No, it’s Barrage dude. I don’t care about that interpretation. Go ahead.”

“Are you sure? That’s how the guys at my store make me play it.”

“That interpretation is fucking stupid. Shoot my Gretchin.” He shot and the Blast promptly scattered off the table.

At that point, my opponent knew exactly what kind of game we were about to have and it was one of the best games of the tournament. We had a great time.

We, as players, are more than capable of adjudicating this stuff on our own. Don’t call a Judge and don’t do what Jervis “I hate everyone who plays this game” Johnson says and roll it off like gentlemen. Instead, let the story on the table unfold in a way that feels right.  Just look at the situation and do what makes the most sense for that situation, even if it’s to your detriment. In most cases, the ruling should be in favor of what makes most sense anyways. 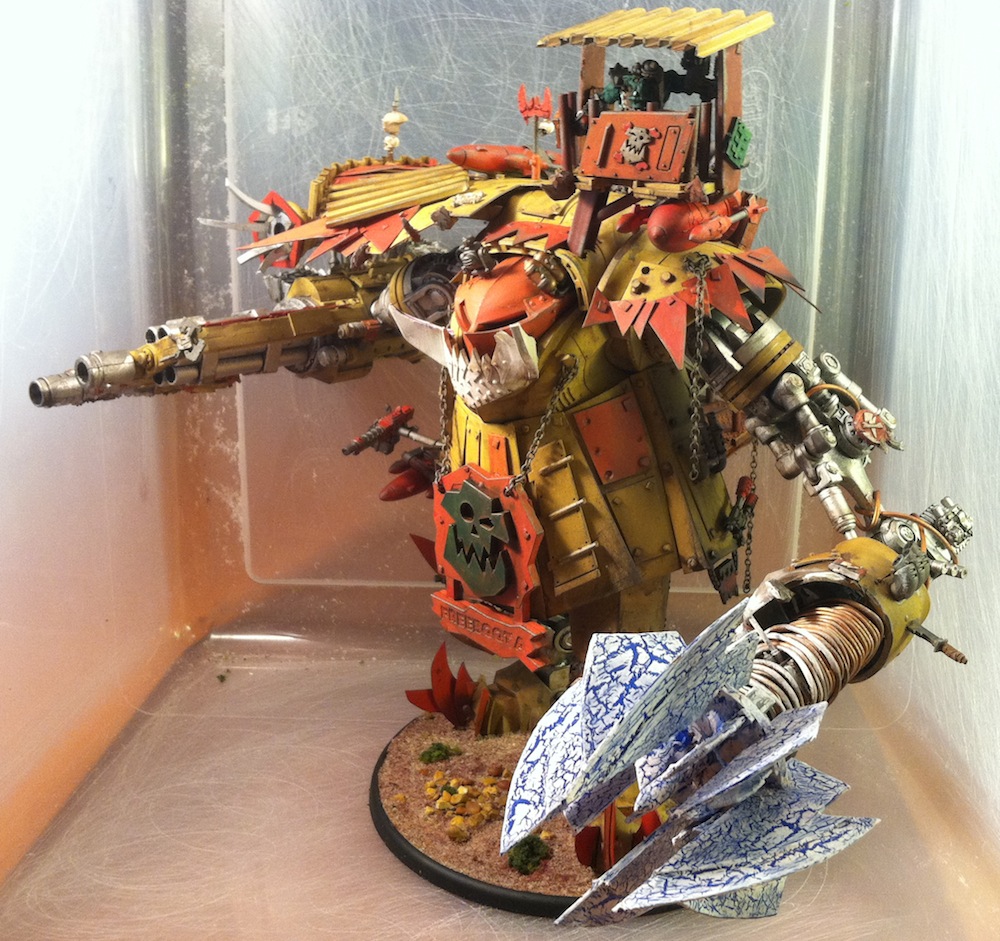 I Promise You’ll Like It… It Feels So Good…

I implore with everyone involved to let Common Sense rule your decisions.  It’s not always the easiest or even the most error-free way to do things, but at least you’re not just blindly following the words of people who actually admit that it’s up to us to fix their rules, not them.

Leave a Reply to Tirelion