The Greatest 40K Player in the Universe on the Crimson Slaughter

You are here: Home › 40K › Editorial › The Greatest 40K Player in the Universe on the Crimson Slaughter 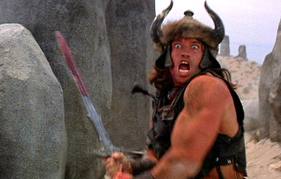 Hello everyone Frankie, the Greatest 40K player in the universe, here to talk to you about the future of Chaos Space Marines. As always, check out the Tactics Corner for more reviews!

As you all know chaos space marines have been a blemish on the competitive scene since they were released, with no real tournament winning builds coming out of the book. Yes you could ally with Deamons and do fairly well but the Deamon Codex is so much stronger as a primary army that it makes no sense to even take Chaos except for a Helldrake and Be’Lakor.

Then we got the Black Legion Codex which helped a bit, giving us one more HQ, Heavy, and Fast Attack choice. With the Black Legion as an allied detachment you could put up a really good fight against most armies but would still struggle against the top armies such as Tau, Eldar and Space Marines. Black Legion was great but everyone that could take Veterans of the Long War had to take it: weeeee…. Oh, but let’s not forget Chaos Chosen as troops! Extra points for a marine with one more attack, access to special weapons, And ATSKNF (Oh wait they are Chaos, they are scared of everything). Unfortunately they do not have that rule. So you’re paying extra points for a unit that breaks and gets run down or breaks and then snap fires when it re-groups, LAME!

Now we have the Crimson Slaughter Codex. Something finally done right! Haha no down sides from the first look, just bonuses. Warlord traits from this codex are quite good, just a couple stinkers. Special wargear options that are freaking awesome! Reasonably priced if not under-priced, and divination capabilities from one of the items. Thank you Chaos Gods for finally smiling on your followers! Unfortunately you cannot ally this Codex with Black Legion, but that is okay. We can look past that. What do you guys think about allies with Crimson Slaughter? Some debate on this point. -ed Divination alone makes Chaos a force to recon with. Scriers Gaze makes Chaos a tournament winning army, alone. You get your Helldrakes when you want them and keep your troops off the table till later turns. Keeping your troops off the table is what really saves Chaos since their troops are so WEAK! Also let’s not forget Misfortune, Prescience, and Forewarning, excellent powers that really change Chaos. Giving units re-rolls to hit really helps and makes Chaos lords extremely scary.

With the new Codex I believe Chaos can but up a fight against the top armies by possibly giving super fast assault units a 4+ inv save, bringing Heldrakes on all at the same time to bring the thunder down on your opponent’s army, and by keeping your troops off the table until they are needed to hop onto objectives. Not to mention Misfortune on those dreaded 2+ re-roll armies. Chaos still needs a little luck but I believe that you will start to see Chaos armies on the top tables.

Well thanks for reading ladies and gentleman! Now do as I do, and go crush your enemies, see them driven before you and hear the lamentations of their women!