There have been a great many ideas posed for dealing with some of the issues with Deathstars in 40k right now.  One of the main culprits of this is the re-rollable save.  This isn’t everything that’s difficult about competitive playe right now, but it’s a big part of it.

As an Ork player, I find the concept of getting rid of Battle Brothers to be rather compelling.  I know that a lot of folks don’t like the concecpt of changing the rules of the game so fundamentally, though, and it really does kind of take something away from the game.  I do like the idea of being able to add some HQs to units and help out with psychic powers.

As a thought experiment, let’s go the other way and imagine if every army were Battle Brothers instead. What would happen? Well, every army could have a 2+ re-rollable of some variety. Almost every army, no matter the flavor, at the competitive level could be the same. How boring is that? Well, it’s the same thing we have now except only a handful of armies get to do it.

I think, in the interest of a diverse field of battle, banning Battle Brothers may really the path of least resistance. Having said that, I really think it would make Daemons extremely popular, more so than they are now.

It also doesn’t actually solve the core problem and it reduces player choice, which I do not like doing. People need to be compelled to make whatever fun and fluffy allies choice they want at a tournament and feel good about this choice. 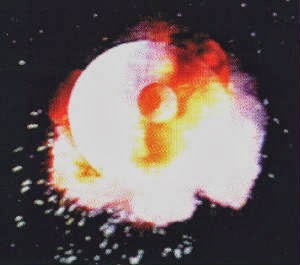 The difficult part is that the real issue lies in the fact that a re-roll to saves is inherently broken by it’s very nature. A re-roll on saves is better when you have a better save to begin with. It’s an exponential bonus. This makes it an EXTREMELY volatile rule fraught with the danger for abuse. I don’t believe the game designers really thought it through. I think they assumed it’d be like re-rolling to-hits. That’s not the case. Hitting all the time is nowhere near as powerful or important as saving all the time.

The only real and true way to fix re-rolls on saves is to completely alter how it works on a fundamental level and I’m not sure any T.O. (myself included, even as small-time and local as I am) has the balls to do that.

Re-Roll to Saves: Sometimes a special rule grants a unit a re-roll to its saving throw(s). For the purposes of this tournament, instead of re-rolling, improve the save by 2. If the save improves beyond a 2+, consult the chart below.1+        If a “1” is rolled, re-roll and save on a 6+.

This would make the rule linear instead of exponential. It would still improve 5+ saves to 3+ saves, which is good, but 2+ would be a 2+/5+ which is exactly the same as Draigowing used to be with feel no pain and that was completely managable with weight of fire.

I’d be very interested to hear everyone’s thoughts on this.