Is the Codex an Endangered Species?

You are here: Home › 40K › Editorial › Is the Codex an Endangered Species? 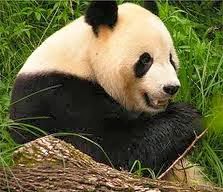 Hey everyone, Reecius here from Frontline Gaming to discuss the changing landscape of 40K.

We now play a game that is radically different than the one we played a little over a year ago. Old notions of limitations in list building are a thing of the past. We now have an open canvas upon which to create nearly any army we desire.

That sounds great, right? But my question is: how often do you see people actually use this freedom to do something purely creative and thematic and how often is it used to simply make powerful combos?

The other ironic effect of offering more and more options, is that we get less and less variety. The paradox of choice: when everything is available to everyone, you see the same “best” units popping up in every list, therefore making the game less varied. For example, I bet money that 90% of the Imperial armies at Adepticon will have Coteaz.

While all of this freedom of choice is fun, and exhilarating, is it what is best for the health of the game?

I believe limitations create more fun, more variety and more of what makes a game like 40K cool: all of the colorful army choices available to us! When they all dissolve into a kind of sameness, a soup of everything instead of a tapestry of differences, it loses some of its appeal. A codex may soon be nothing more than a loose collection of fluff whereas an army on the table is a grab bag of units from the entire length and breadth of the 40K universe chosen for their collection of stats and special rules.

As we move more towards micro codices and models built to be used in nearly any army we will see this happen. I understand that it makes sense from a business perspective to increase the potential market for each release, and to have more releases at a lower price point more frequently, but the game suffers as a result. GW leaves it to us to sort out the details while they continue to pump out content, heedless of the impact it has on game balance.

So what choice do we as a community make?

84 Responses to “Is the Codex an Endangered Species?”