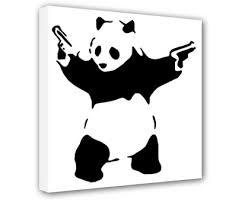 Geoff “InControl” Robinson, of Starcraft 2 fame, is here to chime in on the new Nids and remaining positive in the face of some crummy rumors.

Hello everyone iNcontroL here, your resident Tyranid player from FLG, Team Zer0 Comp and the fine state of California.

It is almost that time. The new Tyranid Codex that we have been hearing rumors about for months is almost upon us. So what do we do? We stalk the forums and read up on all the exciting rumors and leaked pictures, etc. As we draw near though little tidbits of information comes out and we start to get a bit worried, angry and scared. Scything talons don’t give re-rolls? No Biomancy psychic powers? Genestealers still as useful as nipples on a breastplate? We rode high on the roller coaster of excitement and now, if you read the forums, it all seems to come crashing down.
Sack up, you whining Nancys! We are Tyranid players. The Great-fucking-Devourer. We are a ravenous swarm of endless hunger laced with teeth (forging a narrative here). Getting away from my throbbing narrative we have ALWAYS dealt with this. Tyranids are not Eldar. They are not the Tau. We don’t get to point at a model and say “bang” and then it disappears. We have to roll 15 dice to get them to save 3 times and then we say “fuck it” and run up the board so we can eat em with our teeth. My point here is Tyranids were never going to be the army you picked because the Codex gave you an easy win (except in 4th edition, -ed). We need to strategize and command a hell of a game to win against a worthy opponent and I would have it no other way.
The Codex comes out this Saturday and we will have our answers. We will put our heads together and figure out what our future armies are going to look like. Somehow I am already hearing people use the term “mono build” COME ON? Are we really going to go there already? I saw an extremely shallow codex previous to this new one. We didn’t have a lot in the way of options. I see a new codex where the viability of a lot of models has shot up. I see customization in the form of bio-artifacts, Tyranid specific psychic powers and upgrades. No they aren’t the best and no there doesn’t appear to be too many auto-picks. But damn it, that excites me. I want to craft the hardest hitting Tyranid army and I want to set trends. I don’t want to look at a Codex and be limited by a box of 1750 “no-brainer” choices.
I am excited about the following:
1. Catalyst gives FNP to the caster/unit as well as another unit.
2. We have an artifact that can give a model the ymgarl ability, HELLO UBER MC
3. We have an artifact that can give +6 range on synapse (access to ’24 range with another upgrade)
4. Inexpensive MC’s – Tyrannofex is 60 pts cheaper, Carnifexes 20-30 pts cheaper as well as Flyrant
5. Haruspex sounds like a tar-pit nightmare from a Japanese eel porn shoot gone wrong, YES.
6. Biovores are cheaper / better. Sorry? Did you just say I can have my cake AND eat it too?
7. Regeneration is 4+ — why yes, yes I would like my MC to live like a damn Highlander.
8. SitW is buffed vs LD 9 or lower and slightly worse vs 10 – current meta? This is GOOD.
9. Death Leaper/Old One Eye became kinda usable! HARDEST OF NARRATIVESSSSSS
10. Utility. Having a real Codex I can continue to work with to make an army. OPTIONS, thx!
Look, I get it. Our Genestealers still suck and Warriors probably won’t get that synapse Eternal Warrior we wanted. Pyrovores are still the least seen model in all of WH40k (I have more Harridans than Pyrovores). We are concerned because we expected a golden codex from on high to come down and give us a chance to see what it is like to have our race complained about for winning too much.
What I would tell you is be patient. We will know a lot more on Saturday and even then it probably won’t be one of those days where we have all the answers. We will need to test out our theories. We will need to conduct trials with different units, abilities and upgrades. We will share ideas and we will have a damn good time doing it. I played Tyranids many a moon ago when you could deck out a Tyrant with hundreds of points of bad assery. Was it good for competition? Hell no! But I loved explaining to my friends that this 500pt clot of gore is bad news bears and you best be heading for some hills. We are coming in on an era where we will see Tyranid diversity and cleverness.. we too will need to find those evil combos and synergistic pairings that make this game so great.
So stop your whining and bitching. That is for Eldar and Tau players that don’t understand what not being able to reroll means. We are the Great Devourer. We don’t get allies because if anyone tried we’d bite their head off shit it out and have it broken down to be made into a Hive Tyrant’s fist.

← Las Vegas Open is Approaching Sold Out!
Farewell to the Old Bugs! →

66 Responses to “InControl on Nid Rumors and Staying Cool”