Raw Dogger is back with another Blood Angels tactica! Reader be ware, Raw Dogger uses adult language and aims for the jugular with most of his articles. As always check out the tactics corner for more tips and tricks!

Here we are again, another blog post about everyone’s favorite 6th edition whipping boy the Blood Angels.   Like a beaten spouse I find myself returning to my beloved space vampires no matter how many times I get my shit kicked in.  They don’t mean it!  It’s not their fault their units are completely over-costed and under performing.  They’re just having a hard time and I won’t give up on them that easily.  The root problem at this time with the Blood Angels codex is that the units that they share with newer codices such as Codex: Space Marines and Dark Angels are dramatically more expensive than their newer counterparts.   Throw in some inane GW 6th edition updates such as making Commander Dante initiative 1 and Mephiston’s sword AP 3 and the play-ability of the army takes a further plunge down the 6th edition shit hole. 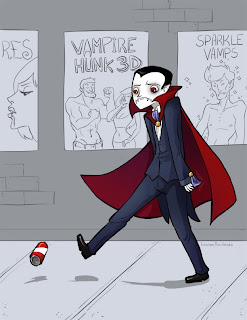 Assault Squads in Drop Pods – Drop pod armies are all the rage with the recent release of Codex: Space Marines.  Did you know that Blood Angel assault squads get Drop Pods for free?  That’s real talk, son.  Take two special weapons and a storm shield on the sergeant and call it a day.

Baal Predators – What’s not to like about fast AV 13 tanks that spew molten death on any unit unfortunate enough to get in it’s way?  While many people lament the death of vehicles in 6th edition, many armies still struggle with AV 13 or above.  Take away the detrimental glancing chart from the 5th edition and the Baal Predators can continue to shit in your opponents face far longer into the game.  I like the standard load out of the twin-linked assault cannons with heavy bolter sponsons but the case can be made for the Flamestorm Cannon with heavy flamer sponsons.

Death Company – These crazy fuckers can still get the job done.  Throw them in a drop pod with a Chaplain and terrify your opponent.

Mephiston – This guy is still the ultimate bad ass.  An infantry sized monstrous creature, Mephiston can dominate an entire section of the battlefield by just doing what he do.  And what he do ain’t very nice.  He is incredibly fast even without his psychic wings and hits like a ton of bricks.   You really need to use him as a monstrous creature hunter and even with his AP3 sword if a Riptide fails one of his 2+ armor saves Mephiston can instant kill them.  Still good after all these years.

Brother Corbulo – I’ve started putting Brother Corbulo in almost every Blood Angel list that I write.  What he really excels at is being a tank with his 2+ Feel No Pain.  I like putting him in a drop pod with a Sternguard squad or running him with Assault Terminators.  His Far-Seeing Eye ability is also incredibly useful for it’s ability to kind of negate the random shit that can lose you the game.  He also gives any units within 6” Feel No Pain and Furious Charge.

Storm Ravens – Codex: Space Marines and Grey Knights get these but the Blood Angel’s Raven gets Blood Strike missiles which give them a leg up on flyer and vehicle hunting.

Fast Vindicators – Moving 12” and firing the Vindicator Cannon can really put the hurting on unsuspecting chump bitches.  Make sure to take a Storm Bolter and a Hunter Killer Missile to make it harder to take off the big gun.

Dreadnoughts – Blood Angels are the top dog when it comes to the sheer amount of Dreadnoughts they can field.  With the advent of hull points in the 6th edition dreadnoughts are slightly better with their overall damage output.

The trick to winning with the Blood Angels is to play to their strengths and use units that you can’t just get cheaper by playing newer, shinier marine codices.  A lot of people will try and tell you that assault is dead in the 6th edition. While it certainly has become harder to get into actual hand to hand combat, the fact is that the top tier armies at the moment completely break down when you get into them.  You have to over load them with your fast moving, hard hitting units.  Get Mephiston running up a flank while drop pods full of pissed off assault marines drop right into their fucking throats. 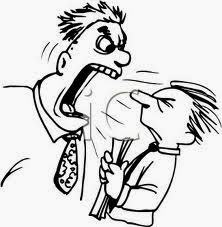 Blood Angels in the 6th edition work how they’ve always worked.  You hit the enemy hard right at the word go and you don’t stop until you’ve got your boot on their neck.