A New Year and a New, Old Way to Kill Psychic Deathstars

You are here: Home › 40K › Tactics › A New Year and a New, Old Way to Kill Psychic Deathstars 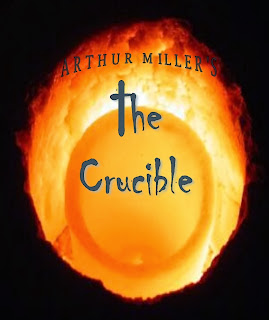 Hey everyone, Reecius here from Frontline Gaming to talk about a tip pointed out to me by a Las vegas Open attendee that I really wanted to share with all of you! Be sure to check out the Tactics Corner for more great tips!

I hate the 2+ reroll save units, openly and unapologetically. They suck, they’re not fun, they take no skill to play and in general make 40K a less enjoyable game. Can they be beaten? Yup. But are they enjoyable to play? Nope.

So, anytime I hear of a way to bone them, I do the happy dance and choose to share it with the community!

Here’s a great big bone to slap them with, brought to my attention by Adam Tricola. It isn’t really a trick, in all honesty, just rereading an old rule in the context of the current meta and seeing how useful something now is.

Basically, he asked me how the Dark Eldar Crucible of Malediction works on the Screamerstar and JetseerStar.

For those who are not aware, the Crucible is a once per game piece of wargear that forces every psyker (friend or foe) within a 3d6″ radius (average of 11″ radius) to take a Ld check or be removed from play with no saves allowed.

This is a nice little weapon to hit the lower Ld units with, such as Daemon Heralds and Warlocks. While the odds of killing a Farseer with Ld 10 is only 1/12 or 8.3% making it really not that great. However, the odds of killing a Ld8 model is 10/36 or 28%. That is pretty brutal. If you hit a unit of 10 Jetseers, you will on average kill 3 of them. That may just be a critical power, gone! Or, against the Screamerstar, it could eliminate a Herald with the Grimoire or Fortune. Yes!

Now, if you really want to get mileage out of this, find ways to combo it with Ld debuffing wargear or powers. Also, eliminate Ld buffing wargear or powers before using it, such as Grisly Trophies. It is also useful against any psyker, and the lower their Ld, the better. Daemon princes are often only Ld9, as are some Nid psyker units.

Either way, hooray! Get those crummy 2+ reroll units out of here, IMO, and this is another way to do it for anyone using Dark Eldar as a primary or an ally.

Some more great tips came in from readers, this is from James Thomas:

You can use Allied Eldar with a Hemlock to force them to reroll their leadership checks, which doubles the amount of guys you’re killing! And DE can easily kill quad-guns or other interceptors with venoms. Also, Embolden/Horrify would be hilarious, but warlocks could only be in primary…so you could take Primary Eldar, Allied Dark Eldar. Haemonculus w/ Crucible, 2×5 wrack squads in Venoms for allied, then still have over 1600 pts for a 2k list for primary Eldar, just making sure to stick a Hemlock or two in there along with a healthy smattering of warlocks

And this comes from a seasoned Jetseer Council player, GTA.

Yep that is a great tool i’ve used it many times with my council to take out paladin stars main characters, another combo with the crucible is to pair the Shadow Specters Pheonix Lord with the shadow of death upgrade on him. It makes any unit that is within 12″ of him take all leadership checks on 3D6, removing the lowest.

I’ve done this in the past, horrified them first for -3Ld, then moved the venom up, popped the crucible from the safety of my venom and had the pheonix lord nearby, and POW! There goes Cotez, Driago, and one Paladin. They vanish from existence. That the best way i’ve seen that used but the only downside to the crucible is that it can only be purchased only on the haemoculus which are very squishy to shooting, and unless you put him in a raider or venom it’s easy for a psychic deathstar to avoid him on foot.

On a lighter note, Happy new Year everyone! May 2014 be filled with happiness, games, health and prosperity for you all!

18 Responses to “A New Year and a New, Old Way to Kill Psychic Deathstars”

Leave a Reply to Fagerlund