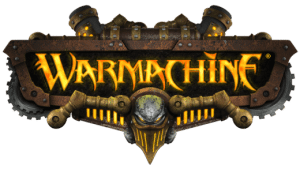 As always, check out the Tactics Corner for more great videos and articles. This is the fifth article in a series of eight that will cover:

This article was written before Warmachine Weekend occurred, but I still think the principals of the article apply.

The national meta goes through regular changes based on new models, steamroller and the faction choices of influential players.  While Warmahordes is a well-balanced game, it’s not perfect.  That said, I would briefly like to discuss the national meta at a high level by looking at the top five casters in the game and the factions currently qualified for Warmachine weekend.

Currently, the players that have qualified for Warmachine Weekend have qualified with the following factions: 1x Skorne, 2x Cygnar, 2xCryx, 3x Menoth, 3x Legion and 4x Circle.  While this is just a brief look at the factions that have won larger events, this is still a very relevant description of the national meta.  These factions win events and are well represented at all levels of the tournament scene.

Cryx and Legion are always high on the attendance lists.  People like undead and dragons and the factions are rather powerful.  Circle has always been a strong faction and has seen a great deal of competitive growth in 2013.  Menoth is another tournament staple with very strong units, casters and jacks and always shows well and will be popular at tournaments.  Cygnar is a unique case and, like Circle, has seen competitive growth recently.  Cygnar has a large player base and I say they are unique because I think they are the faction that most varies in perceived power levels.  Some players think Cygnar is OP and others consider them a mid-tier faction.

The other factions are competitive, though not as much as the above on a national level.  This does not mean they should be ignored by any means.  A good Trollbloods player will beat you just as easily as a good Menoth player.  Those factions are less represented by population and may lack a number of high level players that champion the faction and really lead the way for new players and those that do not have the time to brute force test lists and are just better of net listing. 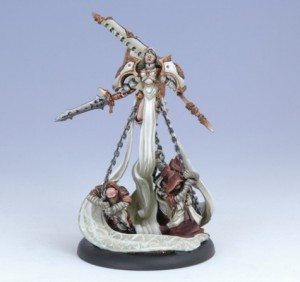 In addition to focusing on the big and powerful factions, there are a number of key casters that dominate the national meta.  In no particular order, my top five casters are: Harbringer, eHaley, eAsphyxious, eMorvhana and eVayle.

All of these casters have powerful abilities, feats and spell lists.  As abilities goes, Harbringer and eMorvhana top the list.  Harbringer changes the dynamics of the game with her ability to heal any warrior model within her command by taking d3 damage herself.  Combine this with a tough unit and her ability to heal with some of her 10 focus and it can be a problem.  This is compounded when you really need to remove a model to clear a charge lane or capture a zone.  eMorvhana also changes the fundamentals of the game and allows any model to re-roll an attack or damage roll if she takes d3 damage.  The ability to nearly fix bad dice rolls is exceptional.  Sometimes you miss those simple attacks where you need a 4, but that is even less likely with a re-roll.  Need a boosted 12 to win the game, not so bad when you can re-roll. 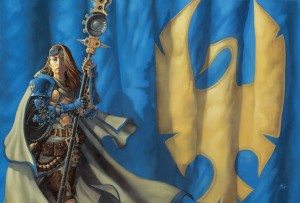 The remaining three casters have strong abilities but really control the field with a high level of board control.  eAsphyxious has clouds to hid behind, protecting him and a portion of his forces, in addition to a feat that is both deadly and far reaching.  eHaley has a good control spell list, but her power is in her feat which is as close to a “time walk” as you will find in Warmahordes.  She can also enable one warjack in her battle group with more speed and offensive output than most any Warcaster in the game.  eVayle is not as obviously powerful as the other four casters, but is very much top tier with a practiced pilot.  Her specialty is in her ability to control the midfield with two spells that allow for additional movements.  She also makes great use of one of the most powerful spells in the game in “purification” and has a very strong and far reach assassination potential.

The Warmahordes meta is rather vast and no faction or caster should be completely overlooked.  The many options presented in this game do create a challenge for newer players.  Learning the game should be one step at a time with a careful eye on what you will see across the table more frequently.  For a more in depth look on the national meta, the site of www.endgamegaming.net is a great resource for army lists and event results.

Posted on December 16, 2013 by Reecius in Hordes, Tactics, Warmachine