I see a storm on the horizon, and its name be COTEAZ! 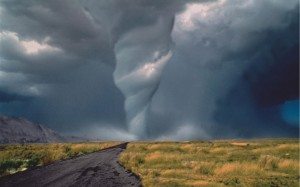 What it do, people. Reecius here to talk about why the limit of only two factions per army voted on in the LVO is a good thing.

I would like all of you to close your eyes for a minute, and come with me on a magical journey back to the year 2012.

The scene: Grey Knights….everywhere! It was the most incredibly over-represented army at the event by a mile and holy crap was it depressing. And, this is no dig at Adepticon, we love those guys and their event, but holy crap was that lame.  27% of the field was Grey Knights, out of 14 possible armies to choose from. Half of the finals, 8 of 16, was Grey Knights.

Why? They were perceived to the best at that point in time. People going to a tournament often want to maximize their chances at victory so they take what they think is best.

Wouldn’t it have been nice if Adepticon would have somehow been able to limit that so that it wasn’t so frustrating? Had they limited the amount of Grey Knight players going in though, people would have screamed bloody murder. In retrospect, it would have been nice to mix things up a bit. 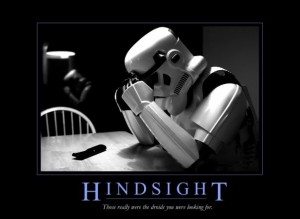 We are in that situation again, now, but even more pervasive due to the new rules. As you can now take Coteaz (or any Inquisitor from that book, or both) in almost any army in the game, you can bet your bottom dollar Coteaz will be EVERYWHERE. Why? Because why wouldn’t you take him? For 100pts he adds so much. The thing is, everyone is thinking the same thing you are! You are not a unique snowflake! Not to slam anyone, but hopefully this article shows people why this group decision for restraint is a solid choice.

Every single list that I have had sent to me so far from someone going to the LVO has had Coteaz in it. EVERY. SINGLE. LIST. When you can take him on top of your primary and ally, why would you not? You can cherry pick one of the best HQs in the game with no downside at all.

Everyone gets upset when they feel like their list writing ability gets handicapped. I get that. I am glad though, that the LVO attendees voted to limit the amount of factions in a list to 2 (and that includes sub-factions such as White Scars and Ultramarines, etc.). Why am I glad about this? Because we won’t see Coteaz on both sides of the table in every single flippin game, hahaha! I don’t think anyone would be happy about that in reality when game after game after game, our buddy Coteaz is there smacking you in the nuts with his hammer and laser space bird!

You can still take him if you want to, but now it is a choice. You can say, hey, I want to take Inquisitorial agents, but then I can’t take that Rune Priest, too (and yes, you are not original with that idea, either, haha, every Imperial player has Coteaz+Rune Priest or Coteaz+Tigerius just like you, =P). Well, now you can take either, but not both+a primary.

And seriously. Do you want Seer Council+Baron+Coteaz? That army is even more obnoxious and even more likely to go first.

Or gee whiz, how about Taudar+Coteaz? Yeah, Alpha strike inbound!

Or how about every single shooting unit in someone’s list twin-linked and/or ignoring cover due to having 1-4 Divination psykers in the backfield? Sound rad? Not to me.

And think about it. If you both have him, he cancels out one of his best benefits: bonus to seize. Also, how stupid will it be when 2 units with Psykotroke Grenades charge one another?! hahaha, that would actually be funny to see!

So, long story short, I am glad the vote went the way it did as this means you will have more diversity. Again, you can still take Inquisitors if you want to, but now it is a choice and not a no-brainer auto-include for every army that can take him.

And we’re not alone in this!

From conversations I have had with multiple TOs all around the world at this point, a lot of them are discussing this option as well. If they pull the trigger or not I can’t say, but I do know with certainty that we will in all likelihood be seeing a lot of events follow suit.

← Read ’em and Weep Boys, GW’s gone all in!
Signals from the Frontline: Warhammer 40K and General Gaming News, Rumors, Tactics and Jokes →

45 Responses to “I see a storm on the horizon, and its name be COTEAZ!”