You are here: Home › 40K › News › Las Vegas Open Poll Results and Where We’re Going in the Midst of the Current 40K Changes 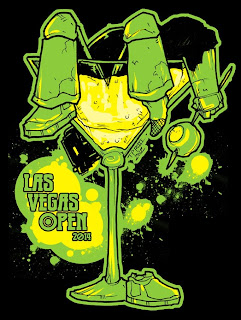 Hey everyone, Reecius here with the Las Vegas Open Poll results about what our paid attendees want in their 40K tournament!

Just to be clear, this is what we are adding to our format, and if the rumors of the impending Nids release are true (we don’t know yet) then they will be in the LVO 2014!

First of all, what am I talking about with the LVO Poll and why did I send it out in the first place?

The Las Vegas Open is what will be our main event here at Frontline Gaming. It is a 3 day gaming convention, February 7-9th, at Ballys Casino in Las Vegas! It is going to be a blast, we’re so excited for it! We also have some awesome numbers going into it for events.

However, we all got hit with all the new types of rules and media GW is throwing at us in digital codices (Inquisition), Data Slates (Be’Lakor), and of course, Escalation and Stronghold Assault. It all came at us hard and fast and left a lot of us reeling.

Now, the sensible thing to do of course, would be to wait and see how it all panned out before making any policy changes to an event such as the Las Vegas Open. However, due to the timing, we had to make some choices fast as we have people coming from as far away as New Zealand, China, Sweden, etc. to the LVO! Those people had a right to know what to expect, as soon as they could. 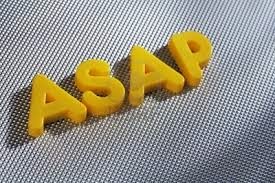 So, I reached out all over the community to TOs, players, etc. for feedback (and thanks to everyone who took the time to talk to me) to try and figure stuff out and make a good call. It’s a crummy spot to be in as we have not only heaps of money on the line with the event, not only our reputation, but the responsibility of hosting a fun event for everyone who is coming!

After all the talking, reading, thinking and listening, I put together a poll of the main issues that I believed would matter to our specific Las Vegas Open attendees. We didn’t want to change our core format so close to the event, so while we were prepared to do something dramatic if we needed to; we didn’t want to. What that means is that our essential, tried and true format would remain, it was simply a question of what we would include or not include from the new releases and a few rules changes we proposed based on feedback from the various events we run. So, I sent out the poll and put the decisions in the player’s hands. We got a good response rate too, over 50% of our paid 40K attendees responded to the poll which as these things go, is a solid response.

Now, before we get further into the actual data, one last point: this is just where we are at NOW. We had to choose what we wanted to go with at this early stage. We are open to change going forward, and we do not expect everyone to mimic this or even plan on repeating this exact format, necessarily.

Question 1: Were you aware of the changes to 40K such as Data Slates, Escalation, Stronghold Assault, etc. and how these change the game?

Why ask? Because if folks are voting blind that data isn’t so hot, is it? 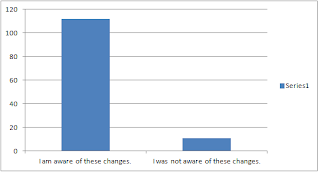 Cool. Folks at least understand the issues! I also included helper text in the questions to further clarify, FYI.

Question 2: Do you want Lords of War in the Las Vegas Open? 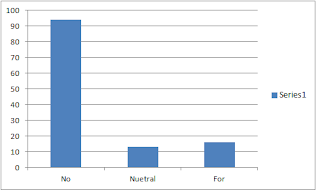 Well, that was clear! The Las Vegas Open attendees are not ready for the Super Heavies (and the dirty D!) this soon. Fair enough, I expected this result.

Question 3: How do you feel about Data Slates in the Las Vegas Open?

So, I asked this question to gauge overall positive and negative opinions on this topic. I wanted to see how people felt about it. I then combined these into generally positive and generally negative feelings. 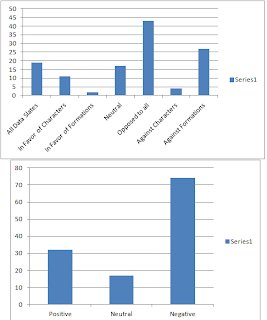 So again, no matter how you slice it, folks aren’t ready for the Data Slates just yet. I was actually surprised that characters like Be’Lakor were rejected as they seem to have gotten a generally positive reaction. But, as you can see, it was actually a clear majority against it at this point. As a TO though I have to say this is nice as it is less rules to memorize before the event.

Question 4: Do you want to use Stronghold Assault in the Las Vegas Open? 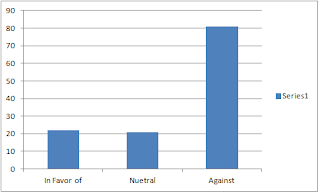 And again, a CLEAR majority! No question here, our attendees want to skip Stronghold Assault for this event.

Question 5: Do you think we should enforce a game wide rule change as follows: Any 2+ save that is rerolled, is failed on a 1, 2 or 3 on the second roll instead of only on a 1.

Oooh, the notorious 2+ reroll save! I hate it. Openly hate it and feel it makes the game less enjoyable to play. But, what did our attendees think? 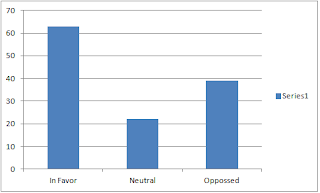 Hooray! The community is open to a change such as this. Again, a clear majority. I thought this would be the hardest sell to the community and I was very prepared for this to get voted down, but it did not which I am happy about. The 2+ reroll, more so than anything else in the game, sucks the fun out of 40K for me.

The reason we worded this rule change this way is because this impacts all armies the same way. It isn’t picking on any specific units or armies unfairly. You don’t have to change your list. You can still take an ultra durable unit and play it the same way you did before. The difference now though, is that your opponent will actually be able to engage this unit directly and hurt it. It turns a situation where one person can do almost nothing to a unit and acts simply as an observer, which is not fun, to a unit that can be hurt.

This is a positive thing. I think more people will gain more enjoyment from an event with this rule in place. I know folks will say, “but you just play around it,” or “I can beat it,” or “this is no longer 40K,” or whatever.

Bottom line: all tournaments change rules to greater or lesser degrees. Whether it be changing missions, comp, not using certain rules (mysterious terrain and objectives, anyone?), etc. we all alter the rules in the hope of creating a more enjoyable gaming experiences. This is no different.

This rule change makes the game more enjoyable. I don’t think anyone is going to have LESS fun with no 2+ rerolls. The game has gone bananas with rules and it is on us to choose what game we want to play. This is what our attendees (and me personally) decided was the game we wanted to pay and I am very happy for it!

Question 6: From how many sources do you think a player should be able to draw on to write an army-list for the LVO?

As you can now write a list with over 4 different armies represented in it, lists have become really, really confusing. I was curious to hear if folks were OK with that or wanted to reign in the chaos a bit. 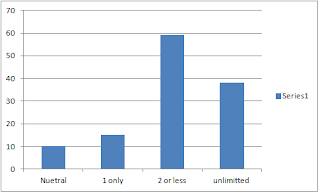 And again, a clear majority! Nice, that makes things like this easy for us as TOs. Folks don’t want to play Tau/Orks/Necrons/Inquisition vs. Eldar/Dark Eldar;Inquisition/Imperial Guard. I get it, and I agree. When you get the Super Friends teamups of unlikely bed fellows in each list it not only destroys the fluff (more than allies already can) but it gets ultra confusing to keep track of it all. The more rules interactions you have the more failure points in the system and potential for insane combos increases exponentially. This keeps things manageable.

I was actually surprised at how many people only wanted 1 army with no allies! That was a surprise to me. Allies still rub some people the wrong way and there is a decent amount of folks that want to play core books only. That could be a fun idea for a small tournament: 40K Pure! Core Codices only, or something like that.

Question 7: Should we buy Frankie “Hooked on Phonics?”

If you listen to our Podcast, Signals from the Frontline, you will understand this. 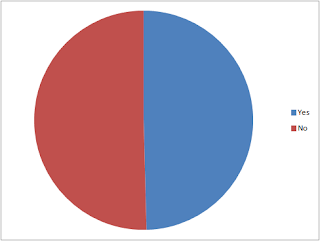 Hahaha, almost a dead heat, but a slight majority for no! You guys think his reading skillz (or lack thereof) is funny! Nice one!

So, what does this all mean? That, unsurprisingly the folks who have money invested into this event are largely playing it conservatively and chose to keep the game close to what they expected it to be before all of the big changes. Fair enough, that is totally reasonable.

However, the community is clearly open to rules changes that are not over the top, still allow them to play the list they want to play (I think that is critical), but that make the game more fair and enjoyable for more people.

The game as is in it’s current state requires some community involvement to play it in an organized setting. Truly unrestricted 40k as it stands, facilitates unbelievably, game killing combos (do you really want to play against a Revenant with Fortune, Forwarning and protected by Void Shields in every other tournament game? I sure don’t.) that only the most savvy players would enjoy playing against. I believe there is a time and a place for everything and that even the above, gross combo CAN be fun when everyone is on the same page and prepared for that.

In a lot of ways what GW has done is cool as it opens up the game so much. That is exciting after we get done freaking out. All we need to do now is come together as a group and decide how we want to play the game. We have more tools now than ever before, but we must accept that we also have to think carefully about which tools we want to use in which formats.

Our Mega Mat KickStarter is kicking booty! Check it out and support it if you like! We have unlocked almost all of our funding goals! 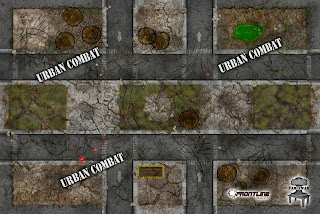 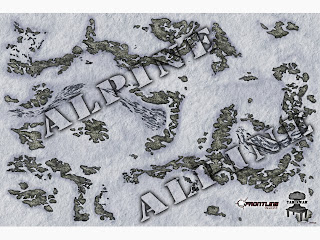 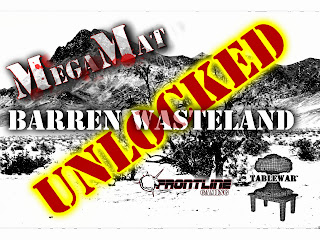 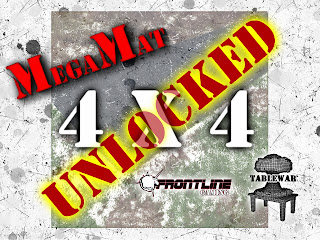