Raw Dogger Rants: The Rise of Digital Ally Codices and Why They’re a Good Thing

You are here: Home › 40K › Editorial › Raw Dogger Rants: The Rise of Digital Ally Codices and Why They’re a Good Thing

Love him or hate him, he’s entertaining! Raw Dogger is here from KimChiGames with his thoughts on the digital codices and their impact on the game. Raw Dogegr uses adult language and doesn’t expect anyone to like his opinions. Reader be ware! 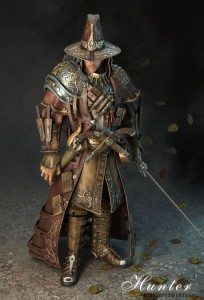 OH.MY.GOD. It’s a positive topic today.  I’ve been known to rant and rave about the grave injustice to America that is Games Workshop, but with the unveiling of the upcoming Inquisition digital codex I am starting to see the gold corn in the shit pile that is 6th edition 40k.  I first caught wind about the Inquisition codex through the usual sources, mainly the cool dude over at Faeit 212.  Some of you might remember that at the beginning of 40k 6th edition there were a ton of rumors regarding allies and the limitless opportunities they represented in terms of supplemental codices.  Want to take the Arbites?  Here’s a supplement.  Like the Mechanicus?  We have a supplement for that!  Want to take the Inquisition with your Imperial Guard?  HOLY SHIT.  THEY ALREADY DID THAT.  IN THE FUTURE.

An argument can be made that the upcoming Inquisition digital codex is actually the 2nd ally codex to come out, after this month’s Adepta Sororitas.  I say this because the reality of the average 40k player to go out and spend several ((several)) hundreds of dollars to build an all metal army is fairly slim.  Most likely the average player will purchase a unit or two for some sweet ass anti-psycher defense and call it a day.  If GW really wanted this to be a full codex release they would have released the models in plastic (with a price increase) and the codex would have been a physical hard cover. I would also like to point out that there is a difference between a codex supplemental and an ally codex.  Where the codex supplemental will expand the stand alone codex, the ally codex will introduce an army that is designed exclusively to ally with a stand alone codex.  That didn’t make sense.  I’m tired.

I truly think the rumors of GW getting all of the current codices up to date with the 6th edition and then focusing on supplements is looking more and more accurate.  If GW really wanted to milk this pig for a crap ton of money they would work on releasing a model or two with each supplement. How about new Inquisitor models or vehicle profiles?  If they really take the time to think these ally codices through and actually release a couple models instead of just copy and pasting existing rules/stats these small ally codices could be huge money makers for the company.

The future of the hobby looks bright.  Fuck the doom-and-gloomers that portend the fall of Games Workshop.

9 Responses to “Raw Dogger Rants: The Rise of Digital Ally Codices and Why They’re a Good Thing”

Leave a Reply to Km