Guest Editorial by Raw Dogger: The Road to Adepticon 2014

Guest Editorial by Raw Dogger: The Road to Adepticon 2014: The Coteaz Conundrum. As always, Raw Dogger has a potty mouth and strong opinions, so reader be ware! Check out his blog, KimChiGames for more Raw Goodness! 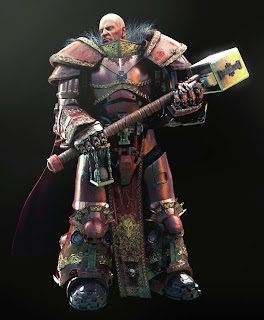 This year I’ve made the monumental (financially speaking) decision to attend Adepticon this coming April.  This isn’t my first time attending the iconic event, as I made the pilgrimage 2 years ago.  The sheer magnitude of the cost to attend this tournament certainly doesn’t make this an easy decision to make.  With tickets running about $75 for the weekend badge and the 40k Championship, round-trip airfare running around , $300 from California, and rooms that cost $125 a night you are looking at eating a ton of ramen just to afford this thing.  Cost aside, this is THE tournament to attend if you are a 40k tournament gamer and want to test your metal against the best players in the country.  I believe there are 270-ish players in the Championship, with only 16 moving on to day 2.   The organizers do a good job making other events available after the championships, so when you get the inevitable loss in round one you can look forward to a busy weekend afterwards.

My biggest mistake the first time I went was signing up for too many events, sharing a room with too many people, and drinking my body weight in alcoholic beverages.     Seeing as how I’ve effectively stopped drinking any kind of alcohol (THANKS, OBAMA LIVER) that takes care of the expensive drunkenness.  As for the room situation, that is almost unavoidable.  I will be at the tournament for at total of 5 nights.  That will be around $550 just for the hotel alone.  I CANT AFFORD THAT SHIT!  So teaming up with 4 or five guys to crash on the floor is mandatory.  As for the events, I only plan on signing up for the Championships and then a couple of smaller events spread throughout the weekend.  I will be socializing a lot more this time around.

OK, so what the fuck is the title of this post going on about?  Well, I had just about finalized my 1850 list for Adepticon when, as usual, a nagging thought came to me (as it do).  Here is the original list I was set on taking,

A slight variant from the list that I took to Brawl in the Fall.

Then I got to reading Captain Dees’ (Nutz) Feast of Blades tournament reports.  He had seized the initiative twice and that had either earned him an outright victory or made it extremely easy for him to defeat his opponent.  You hear about this all the time and it is certainly one of the most frustrating aspects of 40k 6th edition.  I also noticed an increase in Space Marine drop pod lists under review on various forums around the internetz.  I began musing on an old ally idea I had for Inquisitor Coteaz from the Grey Knights Codex.  With Coteaz you get the peace of mind that comes with his special rule Spy Network which causes your opponent to re-roll successful Seizes.   You also get the incredibly useful against drop pod spam special rule, I’ve Been Expecting You.  Of course, you have to take a troop choice with Coteaz, and here is where another of his special rules become gold.   Inquisitor Coteaz makes any Henchmen Squads troop choices.  So by adding Coteaz to my list not only do I get solid Seize and Drop Pod protection I also get another troop choice.

So how would I load out the Henchmen Squad?  I would start with 3 plasma cannon armed Servitors.  Coteaz will have the psychic power Presience, so the ability to twin-link 3 plasma cannons is fan-fucking-tastic.  Remember, his rule I’ve Been Expecting You makes his unit able shoot at any unit that arrives within 12″ of him.  This means that any unit dis-embarking from a drop pod and the drop pod itself are fair game for 3 twin-linked plasma cannons.  DEAL BREAKER.  I would also take 2 Crusaders to get a couple of 3++ saves and round out the unit with 3 or 4 Henchmen with hot-shot lasguns.  I would be giving up all three Land Speeders to get the points for this unit but I think they add so much to my list that it is totally worth it.  This also means the Iron Hands Chapter Tactics might not be the best since I would be getting rid of 3 vehicles so I’ll be spending some time trying out the other ones.

So what do you guys think?  Is this a good replacement?  Will this assuage my fears of getting Raped Seized upon?  Am I getting too fat?

12 Responses to “Guest Editorial by Raw Dogger: The Road to Adepticon 2014”