Raw Dogger on the Warpath: Your Screamerstar is Bad and you should feel Bad!

You are here: Home › 40K › Editorial › Raw Dogger on the Warpath: Your Screamerstar is Bad and you should feel Bad!

Raw Dogger is back and pissed! Readers be ware, this is an article full of strong opinions. For more of Raw Dogger, go to his Kimchi Games blog!

If you are even remotely interested in competitive 40k then you are already familiar with the new hotness, the Screamer Star.  The Screamer Star, much like Riptide Spam or the 5th edition IG Blowjobber, takes advantage of over powered and under costed units to take advantage of weaknesses in the overall  structure of the game.  They also tend to take advantage of rules loopholes that Games Workshop either doesn’t realize exist or don’t care enough to change. For those of you unaware of how the Screamer Star works (and to a lesser degree the Khorne Dogg rush) the Demon player uses several different spells, demonic gifts, and war gear options to create a multi-wound unit that has a 2+ re-roll able invulnerable save.  Yes, you read that correctly.  Yes, your breath does stink.  It’s probably from the Doritos and Mountain Dew you had for breakfast, tubby.  Anyways, there is now essentially a ‘god mode’ cheat available to Demon players. 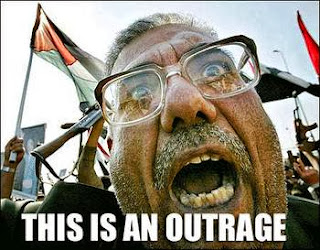 Unfortunately, this is far from a recent phenomenon in our little niche hobby.   Think about the last tournament you attended.  How many players were sporting 2 to 3 Helldrakes or Riptides?  How many people had armies that were so new you could SMELL the primer on them?  As long as Games Workshop continues to create units with over powered abilities primarily to sell models we will have asshole players who gleefully choose to buy these models instead of paying their minimum credit card payments on their 23% interest Citibank credit card.  That’s a run on sentence. 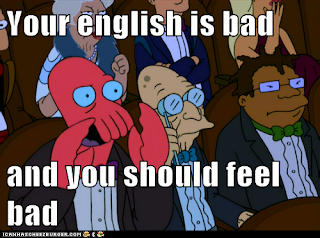 This recently got me to thinking about how little respect I have for people who run these lists.  Now, I’m not talking about someone who has a Riptide here or a Helldrake there; I’m talking about the all out cheese dick lists that make you shake your head in disgust.  Much like the image of your parents having sex without a condom.  You’re welcome.  I truly have no respect for people who take these army lists to a tournament.  I used to think that list building was a large part of the game and we should stand in awe of these killer lists that demolish dicks on the table top.  Now?  Not so much.  How much skill does it take to realize that a 2+ re-roll able invulnerable save multi-wound unit or 3 Helldrakes that have a 360 degree flamer template that is strength 7 AP 3 is a good thing?  Why should we respect these people?  Because they can read?  Because they can break the game and give their opponent no chance to beat them?  Guess what?  I can put my fat ass in my Taekwondo dobok and beat the shit out of a 5 year old in the studio across the street, but was I better than that kid or was I physically bigger than them?  Would you feel good about winning a fight like that?  If so, congratulations on having Tau-Dar list. 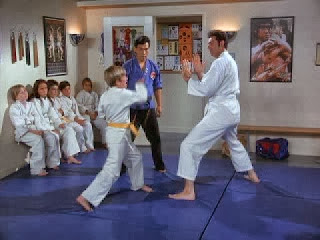 When I was 10 I figured out the invincibility code for Doom and I beat the game a couple days later.  Sure, it was nice getting to the end of the game but it wasn’t satisfying.  The cheat code had cheapened my experience.  I view these cheese ball lists the same way.  When 6th edition broke I played a game with my Grey Knights using Draigo and a unit of Paladins.  This was before the FAQ took away the Paladin’s ability to look out sir each other and all of their shots were precision.   The game was a slaughter.  The look on my opponent’s eyes as his entire army shot at this unit and couldn’t take out a single model was enough for me.  I packed that unit away and never played it again.  I realized that I had unlocked the invincibility code.  I now have far more respect for players that can win tournaments with armies that do not take advantage of the latest hot shit.   Much like Mr. Glass searches for lone survivors in the movie Unbreakable, I scour the major tournament standings for players that win with generic lists.  Those are the truly good players.  Those are the ones to watch out for.

51 Responses to “Raw Dogger on the Warpath: Your Screamerstar is Bad and you should feel Bad!”