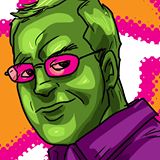 Hey everyone, Reecius here to share with you Nick Rose, aka Darkwynn’s Feast of Blades Invitational winning Eldar list and tactics. As always, check the Tactics Corner for more lists, tactics and battle reports!

So first of all, big congratz on the win, Darkwynn! Let’s jump right in with what most of the folks are dying to see and that is the list you ran!

Nice! I like it, definitely not the typical Eldar list. Can you tell us a bit about how the units interacted with one another, Nick?

That makes sense, when I play my Footdar I always have units providing overlapping support for one another. Eldar really lends itself to that style of play. Which of these units were your key objective taking/clearing units?

That would be Wraithknights , Guardians and Jetbikes

Ok great, those big blocks of Guardians are potent with Farseer support at close range and with Battle Focus to increase their effective range. With the right Divination powers, they can just put out punishing firepower. Wraithknights kill other Mcs very well, especially Riptides and Jetbikes are one of the best Objective Grabbers in the game. All solid choices. What were the key objective defending unit that shored up the backfield when needed?

My Guardians, Rangers and Warp Spiders held the line when I needed them.

Again, those big blocks of Guardians with the LD10 buff from the Farseer and potentially Fortune or Forewarning I can see being fantastic. I also use Rangers for objective camping, and they are great for putting wounds on those pesky MCs. Warp Spiders too, with their speed and crazy hitting power, are a solid choice. Which units did you rely on to do the heavy lifting of engaging and destroying the enemy units?

I relied on my Guardians, Wraithknights, Warp Spiders and Wave Serpents to go out and do the majority of the actual fighting. Those Guardians were just deadly with the Farseers buffing them up.

I can see that and it makes sense. With 40 faux-rending shots that reroll to hit, possibly ignoring cover and possibly forcing your opponent to reroll successful saves, that is devastating. Plus Wraithknights need no explanation, funny that folks thought they weren’t competitive when the new dex dropped! What were your common deployment tactics?

It changed against every army, honestly. I deployed dependent on what they placed and where. That is the beauty of my list: deployment flexibility and mutually supportive units. Typically though, the Guardians would march up up the middle and be able to adjust latterly or forward with Battle Focus. It allowed the Bright Lances be a threat to any other point on the table within LoS, or get the Shurikens in range to decimate any non-vehicle opponent who was close enough.

What were your general tactics?

The Wraithknights would go in tandem and move together, supporting one another. One on its own may be manageable, two is so much deadlier. They would push flanks and control board edges. I knew where I needed them to be by turn 5,6,7 and made sure to position them to be able to get there by endgame.

The Warp Spiders would either go support the Wraithknights or move up the opposite flank depending on what I was presented with. They were the hunters, killers and harassers that needed to annoy and keep enemy units pinned down.

Wave Serpents just gave supporting fire where it was needed. They allowed me to apply force to break key units and make sure things were dead when and where needed.

No real tricks, honestly. The Psyker powers played a key role depending on who I played and my tactics changed up.

If I was playing Chaos Daemons or Chaos Marines I rolled on divination as many times as I could looking for Forewarning, Perfect Timing or Foreboding. I Wouldn’t bother with Runes of fate or Telepathy.

If I was playing Tau, I am going for Telepathy looking for Invisibility, Puppet Master and Hallucination. If I get one of those powers I will try to go for Forewarning depending on how many SMS systems they have to make sure Guardians can move up. If they have limited Marker Lights or I think I can get rid of the Marker Lights early I push for Telepathy. Dealing with a 2+ cover save Wraithknight is a pain.

Against Eldar, I did a mix of Runes of Fate and Divination just to maximize damage and it was all about going second for objective grabbing and making sure I had range.

The Majority of my games it looked rough, and everyone was thinking turns 1,2, 3 I was losing; including myself in some of those fights. With the Guardian units though, and Wraithknights being able to just keep moving and rolling like a wave, my big turns would come around eventually and I would find myself in a position to deliver a knock out punch. I was able to take the punishment and win through attrition and close range firepower.

My list is a giant tool box basically, and is flexible as can be. I have options or tactics that allow me to shift in any way I need, even against extreme lists. This allowed me in certain situations to adapt and control the board, letting me do what needed to be done.

Well congratz on defending your title, Nick! Well played. And on an aside, “When Doves Cry” may be the best name for an army/list I have ever heard! haha

← One Chapter Master to Rule them All!
Feast of Blades Tournament Report Game 2: White Scars vs. Eldar →