One Chapter Master to Rule them All!

You are here: Home › 40K › Editorial › One Chapter Master to Rule them All! 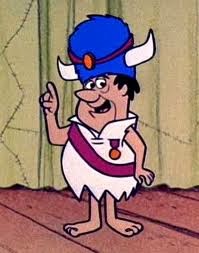 After a lot of play-testing, one Chapter Master stands alone!

Reecius from Frontline Gaming here to celebrate what is, in my mind at least, the Grand High Poobah of Chapter Masters!

We play 40K a lot over at Frontline Gaming, a bit addicted, really. And we like to experiment, and we like tournaments. So, those things combine to result in typically well founded opinions on what is “best” from a competitive standpoint, or at least most efficient. Now saying that I in no way mean our opinions override anyone else’s or that they are the only way to do things because they aren’t, clearly. Simply that we base our decisions off of a combination of actual experience, number crunching and informed opinions. Sometimes we’re even right!

So bonafides aside, after a lot of experimentation with different builds for Chapter Masters, and different Chapter Tactics, etc. we have come down to what we think is the best of the bunch.

It was a close race, though! The Black Templars Chapter Master kicked the most butt in a fist fight. The Salamanders CM was slightly more durable and potent offensively. White Scars got hit and run, and the UM CM could join different units and benefit from Combat Doctrines. However, in the end, there could be only one…. 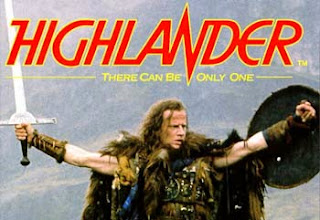 And his name is: Iron Hands Chapter Master.

Yup, the until now least well known (from a rules perspective) first founding loyalist Chapter has made a splash in this edition in a big way with Chapter Tactics that are all about increased durability. The Chapter Master with 4 wounds and Eternal Warrior through the Shield Eternal is just beastly. Combine that with a 6+ FnP and It Will Not Die and while he doesn’t hit as hard as some of the others, he lasts longer.

That means that he will hit more often as he takes a lot longer to kill, resulting in more damage dealt over the course of a game. The end result is a combat beast that will yield you the most bang for your buck over the long haul. In our test games the Iron Hands CM effectively has 7+ wounds when compared to the others. Between the occasional lucky 6+ FnP save and regenerating wounds, he just keeps on trucking and smacking fools in the face with his hammer. The only exception to this has been when he goes into combat with something truly nasty such as Swarmy that kills him in a single round of combat, denying him the ability to use FnP (due to ID attacks) or it Will Not Die, but then, none of the other would have fared much better!

We’ve run him on a bike, in Termie armor or in Artificer Armor and they’re all good. For general, all around utility though, the Bike gives you speed, increased toughness, Relentless, a shooting attack, Jink Saves, and overall best utility. Termie armor is typically best when you have a specific insertion method such as with Hmmernators in an LRC or coming down in a pod where you still want to fire the Orbital Bombardment. Artificer armor is for when you want to save some points and plan on having him in a Rhino or Razorback.

So there you have it! Of course, play whichever version of the CM you wish, or none at all, but if your aim is to get the on average most powerful of them, Iron Hands is where its at.

33 Responses to “One Chapter Master to Rule them All!”