Raw Dogger regales us with his Brawl in the Fall Tournament Report! 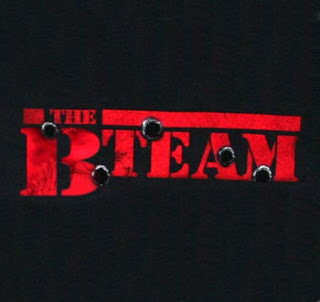 Did you know that Fresno had a bad part of town?  I do now!  Not wanting to wake up at 5 am to make the 3 hour drive to Clovis yours truly had the bright idea to simply google ‘Motel 6 Fresno’ and make a reservation for the first motel to pop up.  I knew I made a huge mistake when we pull into the motel at 10 pm Friday night and it is literally ringed by prostitutes and semi-trucks.  Needless to say we slept with one eye opened and were up and out of there as soon as the sun rose.  Also, there was a tweeker with a pit bull knocking on our door trying to sell us a bag of priceless gold coins he found in a Crown Royal bag.  THAT HAPPENED TO ME.

On to the tournament! 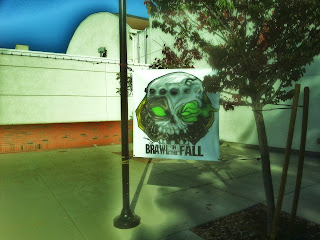 So here is the basics for the Brawl in the Fall tournament.  It is a  one day 1750 point, 3 round tournament using the Bay Area Open mission format.  If you are interested in running a tournament using this format or just curious about what the hell I’m talking about, you can find the info here.  Let me just say that I LOVE this tournament.  It is capped at around 40 players and draws great locals and out-of-towners alike.  Some of the Sacramento crew like the lovely Liz Foster and the guy with the mowhawk haircut came down as well as some people from as far as Bakersfield.  I really encourage anyone who can to attend this tournament at least once.  Here is their info if you are interested.

Before we get to my opponents, let’s go over my list for the Brawl 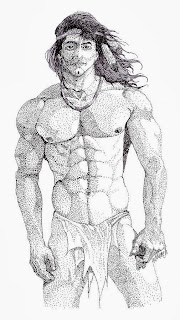 A fairly basic Space Marine list.  I wanted to try out the Iron Hands’ chapter tactics (6+ Feel No Pain, It Will Not Die on vehicles and characters).  I’m not really impressed with those and in the future will most likely run the army as Ultramarines for the greater versatility. 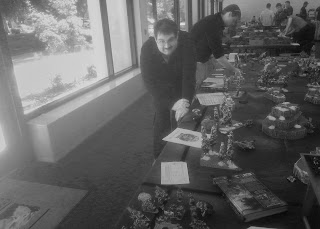 Sammael- On the jet bike thing.

Thoughts:  This game was tough and went down to the last turn.  I had actually thought I lost this game due to Grant getting some last turn kill points but it turned out that I had one more than he did when the game ended.  I forgot how good that 5+ feel no pain is on that damned Command Squad as when it came down to the assault with my Terminators and Chapter Master and his Command Squad he could not stop rolling 5+ feel no pain to thunder hammer wounds.  Oh well.  I really liked his army.  A mix of fast moving, hard hitting bike squads and artillery and lascannons from the back field.  Also, he yelled ‘Khan!!!11!!’ whenever something bad happened and that ALWAYS scores bonus points in my book.  Thanks, Grant! 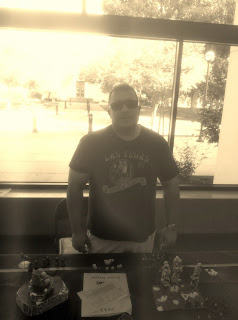 Thoughts:  I knew this was going to be an uphill battle going into this game.  Eldar are a nightmare and this list is exactly what I am afraid of.  Serpent Shields that ignore cover and do d6+1 hits demolish my Rhinos, Whilwind and Speeders.  They out range me and and can hit me from anywhere on the board.  The Bright Lances also make short work of my Land Raider, leaving my assault Terminators to hoof it towards their (fast moving) lines, only to be rended to death by their basic troops (who I can’t catch).  The game would have been over sooner had there not been a giant line of sight blocking piece of terrain in the middle of the table that I hid behind. 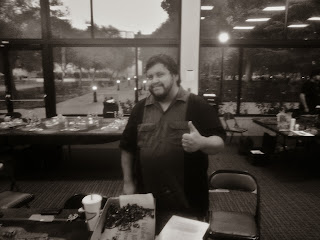 Thoughts: I have a LOT of respect for the 5th edition Space Wolves horde lists.  That many armor 3 bodies on the table is going to be trouble for anyone to deal with.  Me and Matt talked a lot about his list during the game and we agreed that he is really struggling with anti-air.  If he goes against a 2 or 3 Helldrake list he will be losing 2-3 units per turn.  A great opponent, major balls for taking this list, and a nice guy overall.  Cheers, Matt!

So that’s it.  Another Brawl has come and gone and once again, I had an EXCELLENT time.  Overall, I am happy with my list and barring the Chapter Tactics I most likely won’t be changing anything in it for some time to come.  The next big tournament will be Adepticon in April.  This will be 1850 so I will most likely add a Thunder Fire Cannon into the mix and call it a day.  Thanks for reading!

← MSU Raven, Blood Angels in 6ED: by Anonymou5
Frontline Gaming has a Forum…and it Works (We Hope!) →

7 Responses to “Raw Dogger Reports: Brawl in the Fall Recap”