The lizardmen force was able to deploy most everything (Salamanders and Skinks) in vanguard, which was key for them getting up quickly and popping the goblin fanatics before they could get close enough to do damage.  The goblin artillery was accurate the first turn, killing a salamander and some Sauras, but it wouldn’t get a chance to fire a second volley because they were dead by turn 2!

That’s about when the Goblin army went into utter fail mode, failing 5 animosity tests in the first three turns and just generally spinning its wheels in the deployment zone.  This allowed two Comets to rain down melting most of the army.

It was still a very fun game, look forward to more games in the league and someday more against Dan! 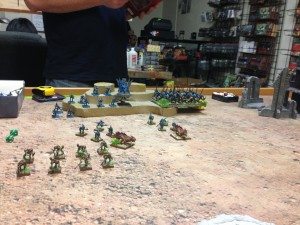 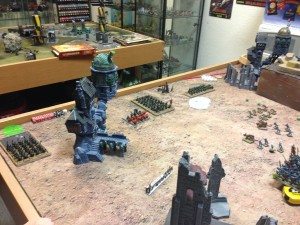 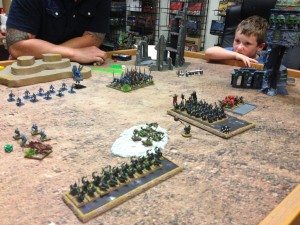 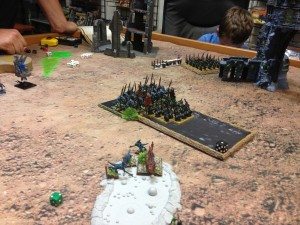 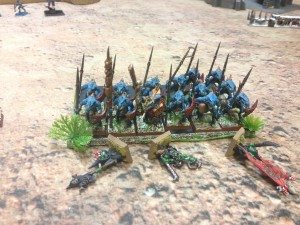 Posted on October 7, 2013 by Reecius in Battle Report, Fantasy