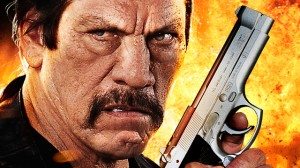 Greetings everyone. Today I want to talk about and explore a unit that I really like and that I think has often been overlooked: Honor Guard. I do not have a specific goal in mind for this article such as convincing you that they are good or competitive, I am simply hoping to start a dialogue and see what you think as well as figure out my own opinion as I write. Ironically perhaps, I tend to learn more about a unit or idea through writing these articles! Funny how that works.

Lets take a look at the Honorguard kit with an eye towards pros and cons:

PROS: They have Artificer armor(2+ save), a Power Weapon, a Bolt Pistol, AND a Bolter. All veteran profile so 2A base. They cost 25 points a model, a 10 point reduction from the last edition. They can take a drop pod arriving in force, in face, in first turn! I should also mention that the models look BADASS! This does not help you win games, but you can lord your beautiful models over your opponent.

CONS: They require a CM to unlock(maybe this is a con. I do not really think so, but IDK). No stock invulnerable save, no way to purchase an invulnerable save. No powerfists with only the Chapter Champion allowed to get a TH. They still cost 25 points a model(Is this worth it?). They are still Marine WS and I 4. They are a highly visible scary looking unit that looks BADASS and will attract a lot of attention.

So do I think they are competitive? My initial thought is “YES” they are super competitive given the right build and right use. The core reasoning behind this is that I think they are super undercosted for both their threat level and dmg output. Opponents simply cannot ignore this unit. I also think that their major disadvantage of not having an invulnerable is easily compensated. So I want to look at what I think is/are the right build(s) and use for Honor Guard.

First and foremost, I think they belong in a droppod in a drop heavy army. Ideally with 5 DPs so that they will come down with at least 2 other high threat units. The way that I think DPs should be used is en-masse. They allow you to hopefully overload your opponents backfield with too many threats for him to deal with in one turn. The Honorguard DO have Bolters, but they really want to be stuck in ASAP. The DPs gel nicely with their gear. Turn one they drop down, all double-tap a choice unit and gear up for a juicy charge turn two.

The Chapter Master unlocks them and is an essential part of their build. I would always include him with them(or TWO CMs). There are 3 versions I like to use with the CM. The first is just adding Pedro Kantor. He is a CM and unlocks them, he adds a free attack giving them a 4 attacks base, he uses IF CTs which give a small bump to their double tapping first turn bolter drop, and he gels nicely with including a big fat Sternguard unit in another first turn droppod. They make an excellent threat and can troubleshoot many of the problem units the HG might encounter. The second CM that I like with the Honorguard is a custom CM with either The Armour Indomitus or The Shield Eternal. As mentioned before, the big disadvantage of HG is the lack of an invulnerable. They need to survive a turn of shooting before they can get stuck in and wreck havoc. With careful model positioning, an overcharged Armour Indomitus or a Shield Eternal on a 4 wound CM model should allow you to shrug off most of the ap2 damage an opponent can throw at you in one turn. Some armies use volume. This is also ok too since they all have a 2+. The amount of firepower needed to drop 10 models with a 2+ is substantial. If they do focus your unit, they are not focusing anything else and remember, you are not paying too many points for each Honorguard model. They only cost 25. It is not worth it and your other first turn units will be full strength and ready to wreck havoc come turn 2. The last build that I like is to just include BOTH Pedro and the custom CM. Pedro is great, but not a dmg soaker. In fact, his chapter could not even see fit to give him better armour than his HG. What is up with that? It is not like you don’t want the CM up close and personal anyway. It really fits with the build and Pedro gives the other CM 5 attacks base too!

So how should the Honorguard be equipped given the three power weapon choices? I am not totally sure what the most competitive build is, but as a player I tend to build units with uniform tools. Thus I am actually thinking the best build is all power mauls! WHAT????POWER MAULS???? ARE YOU F-ING CRAZY. I know, I know, yes, power mauls. Hear me out. I think the PM gives HG the most flexibility and ability to devastate many different types of targets. The PM is more consistent with putting out wound volume due to its high strength. The HG have an unusually high number of attacks for Marines. Given Pedro accompanies, on the charge the unit will throw out 51 attacks at strength 6. That will kill approximately 7 Marines, 3.5 Terminators, 21 Dire Avengers, 28 Fire Warriors, 4 unsaved wounds on a T6 MC, and 11 penetrating hits on a rear armour “10” vehicle. I am not big on “Head-hammer” because things rarely play out perfectly. ie sometimes you get charged, sometimes you lose a dude or two, etc, BUT the dmg potential is there, it is consistent with the high strength and attack count, AND MOST IMPORTANTLY!!!!! THEY ONLY COST 25 POINTS. That is value and I am all about value. Even if they totally “shit the bed,” you have not invested that much into them and will have a ton of other units that can carry the day and punish your opponent for focusing too much on the HG.

So the final thing I should mention is how to use them, or better yet, how NOT to use them. I am not sure that there is a specific rule of thumb, but ideally they are still a fragile unit and would be absolutely devastated by SUPER ELITE CC units. They cannot take on units like a Draigo-star, 10 T-hammer Terminators(although I would charge just 5), Typhus, or Pappa Abaddon. Units like this will eat ALL of them for very little return. I DO think they can take on stuff like Hive Tyrants and Daemon Princes in situations where you can trade 3-4 models for the kill. Ideally, they spread wide and multi charge an entire backfield of stuff or kill choice units like Warwalkers or devastators.

So that is my take, I am sure there is a lot that I missed too. What do you think about Honorguard and how would you use them? Do you think they are worth it?

9 Responses to “Guest Tactica on Honor Guard by Face Puncher”