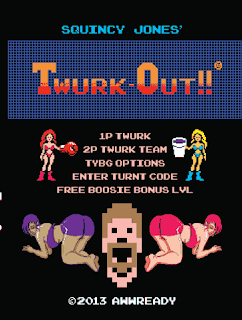 If Miley Cyrus were here, she’d been twerkin like a champ!

So, as most of you probably know, the Space Marines are here. And…they…are…awesome!
I am of the opinion that the previous Space Marine book was one of the best codexes written in the previous edition in terms of internal balance and variety of effective builds. It certainly lost some steam as the years went by and some units were clearly over costed, but it remained a characterful book that allowed you to play a ton of different builds that were both true to the fluff (largely) and effective. That is a win. The Dark Eldar book also pulled this off, and I really enjoyed that one as well.
With this newest version of GW’s flagship product, we see that they took the previous template that worked so well, and simply fine tuned it. Well done. If it aint broke, don’t fix it.
So, what we have is a book that allows you the player to build a HUGE variety of builds that are effective. I really feel that this is one of the best balanced books to have come out in ages. The nice thing about this book is that they took the character of chapter tactics, honed it, and then built in a system that limits overlapping rules and potentially game-breaking combos by prohibiting special characters to certain chapter tactics. That is a nice, elegant solution to some of the craziness that we see with Tau/Eldar or Tau/Tau, for example. The game is most fun when it’s balanced, and this to me, is a good sign.
As for the Chapter Tactics themselves, I think they’re all very good. Some jump out as more powerful right away, but in our play testing, limited so far but we’re getting a lot of games in (check out our YouTube channel as we start to get the SM bat reps edited and up on the site) we’ve seen that they’re all good when used correctly. 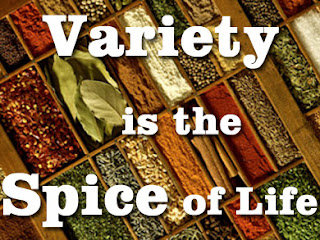 The great thing about the book is that you can play it in SO many different ways. You really can go crazy with it. By allowing allies within the codex, you can cherry pick some great units to fulfill specific roles and really take the level of customization in your force to the next level. You have a wide variety of effective and points efficient shooting and assault units to bring a true TAC list to the table, and combined with the special rules of your chosen chapter(s) and/or special characters, the skilled gamer can really build a great army.
One of the other aspects of the book I love, is that fact that you can build super flexible and powerful characters, completely custom! The wargear in the book allows you to make your own unique hero to forge some serious narratives. That is super fun as customization in 40K is one of its most appealing aspects to me and why I prefer it to games like Warmachine which lack that (although Warmachine is a great game, too).
As we are just dipping our toes into this big book, and all I can offer up so far is limited knowledge, I will say that my off the cuff impression is ultra positive. I think GW hit it out of the park with this book and while the nay sayers may be saying Marines can’t hang with Tau or Eldar, I totally disagree. This is a book that provides a plethora of tools for the tool box and will please both the casual and competitive gamer. Well done, GW.
More data to come soon!

Well heres some of my thoughts..http://sanguinesons.blogspot.co.uk/2013/09/wrath-of-khan-white-scars-in-new.html#comment-form

I think the power in this book is deceptive, I think it can hang. I really do.

We’ve tried bikers and they are VERY good.

I like the bike game I got in with Frankie. My concern is now everyone will want to play them, and I hate playing me too armies! That’s why I don’t want to play my Tau now!

I guess I can always go back to my 1ksons. :p

Win with 1K Sons and you are a boss!

That happened to me and Grey Knights :((((

I have already see some say this is no better than CSM. Everybody is talking about White Scars and that is all. I don’t this codex is going to be the EZ with like eldar and Tau. Hopefully you will show us the ropes.

I will say I like this codex and think it is a lot better than its predecessor. : )

That is so, so, so far from the truth. Space Marines have what it take to hang in the meta.

Reecius I am just saying what I have heard some people saying. I can say that I myself am still a lot more excited about CSM than SM. Don’t get me wrong… I like the new SM but I like the new CSM a lot more.

That’s awesome, I am happy for you, bro! I am going to finish my Night Lords because I love the fluff and the way they look, but I still am sad that CSMs are so sucky.

I also am really liking the dex for all the reason mentioned.

I have only a few minor complaints.

1) Every section of the force org chart is packed with options. Except troops. I wish they would do more FoC manipulation via characters or tactics. Like take Assault squads as troops with Ravengaurd, Scoring Dreads for Iron Hands, etc. Maybe they are saving that for the supplements.

2) Yes Templar are ‘better’ for being in the dex. But try as I might they just don’t do anything well. Crusader squads are interesting but either running horde or min 5 man with special/heavy is just not great. The HQs are neat but not really worth building an army around in the end. The Chapter Tactics are probably the worst in the book. There just isn’t a build I can make that I don’t think would be better using a different Chapter (Tactics).

I have to disagree. Templar do one thing very well. looking badass on the table like TEMPLAR, however not sure they are actual badass tho. All i have to say if you have the limited edition model Emperor Champ is worth it to just build an army around him and look badass like TEMPLAR on the table. you will mad painting points ;p

I agree that Templars are a beautiful army when painted to a high standard.

This is all true. Sadly my Templar are not the highest standard. Good, but not “Frontline Level 3” good. And the problem with black armies if they aren’t amazing people just say ‘oh black is easy.’ They are wrong of course but I’ve heard it plenty.

BT look so cool with a sharp scheme, particularly if you can freehand the Templar symbols and such.

Then is time to close your eyes and open your mind (cough COUGH: wallet) and call Reecius and beg him to take on ur army for a “level 3” paint job. ;P

I think a Crusader squad is way better than a tactical squad. I think scouts riding around in a Storm is hot too .

I do agree with you there, I was sincerely hoping to see the ability to make Termies and/or Assault Marines troops. However, as it stands, you still do have a lot of variety in that you can configure your tacs and scouts in a lot of different ways.

Templars did get a bit of a rough hand but I honestly believe they are better. The challenge tactic is pretty cool but the Adamantium will, army wide, plus you can ally psykers in? Yeah, that is pretty dang solid. I think they are going to be better than people think.

I’m still not sold. I’ve been writing list for the past few days and every time I get done I either think “well that’s nice but can do this better”.

Or I think ‘hooray Templar can do this better than anybody but I don’t think it is going to win many games’.

Again I still think they are better by far being in the book.

Fair enough. I guess only time and practice will tell.

I’m still not sold. I’ve been writing list for the past few days and every time I get done I either think “well that’s nice but -insert other chapter- can do this better”.

Or I think ‘hooray Templar can do this better than anybody but I don’t think it is going to win many games’.

Again I still think they are better by far being in the book.

Big winners are White Scars and Imp Fists IMO. I was hoping for a cool Ravenguard force, but not getting stealth/scout on jumpers means that I’m less inclined to buy them.

Its important to know that the restriction for bulky and very bulky only applies to the first turn stealth and not the scout move. The two abilities are separate and only stealth has the restriction

Look again models with bulky or very bulky do not benefit from either rule.

Interesting. I was looking in the quick reference at the back of the book and I believe its worded differantly there. I don’t have the book in front of me but could someone check please

Interesting, the two rules directly contradict one another. Pg.78 says rules with Bulky or Very Bulky don’t have either scouts OR stealth, the back says Bulky and Very Bulky ONLY don’t get Stealth…

WOW, how idiotic. I love how GW does stuff like this. Seriously though, if they still have scout, I’m going to be so happy, if they don’t…well…I’ll just save a ton of money by NOT investing in Ravenguard.

Did I miss something, I thought Jump Infantry were precluded from Scouts.

the rule specifys you cant use it with anything with the bulky or very bulky rules… as assault marines are bulky :/

I honestly think all of the Chapter Tactics are good, no bullshit. And yeah, I think the omission of Bulky from scouts and stealth was a mistake in the RG chapter tactics, I think it was only meant to apply to Termies and Centurions.

well blow me.. that contradiction puts it in a new light. raven guard might not be so hard done by after all

I knew I wasnt crazy

I agree that that was the INTENT, but it isn’t RAW as it stands, which sucks, ’cause I REALLY want to scout up jump troops.

I agree, I am going to see if we can get an answer on this one. I think that since the rule book has two, directly contradictory rules, that it will come down to TO ruling unless GW adresses it in a FAQ. I know I will vote that yes, Jump Troops can as it appears to be RAI and the summary page supports it.

fluger I totally agree with you .

so my dreams of one day running my shrike and all those silly jump marines isn’t swirling away at the bottom of the porcelain goddess? Hmm not to self start working on marines have 2 companies sitting around….. and

GO TO FRONTLINE AND BUY ALL YOUR SM NEEDS!!!!

ill take 4 vangaurd vets, and 4 sterngaurd vets please! oh and a land raider, and 3 tacs and a few drop pods, oh my well I guess will just have to check back at Xmas cause I just blew all my $$$$

Haha, listen to this man, he speaks da troof!