Uncle Sam Wants You to Use Line of Sight Blocking Terrain!

You are here: Home › 40K › Editorial › Uncle Sam Wants You to Use Line of Sight Blocking Terrain! 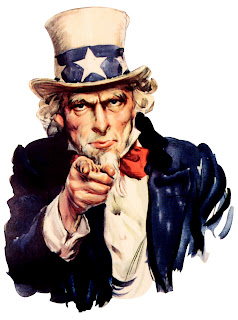 Do it for Murica!

Reecius here from Frontline Gaming to tell you you NEED LoS blocking terrain.

A lot of folks saw the results from NOVA. 7 out of the top 10 in the Invitational had Tau….wow, that’s uglier than 8/16 Grey Knights in the finals of Adepticon at the twilight of 5th ed!

Now, the NOVA format has a lot to do with those results, too (and I am not in any way taking a swing at NOVA, I have heard nothing but praise for the event itself and wish I could have gone) but the fact is that we have builds that can almost entirely ignore cover now. Yuck.

Between Tau, Chaos, IG, Eldar and any army with access to Divination, cover has become a bit of a joke in 40K at this point in time. Often, it actually hinders you as it makes it harder to get across the table to close with the enemy! If they can see you, you might as well be in the wide open. The best thing you can do is spread out to mitigate the damage.

A lot of tournaments lack adequate LoS blocking terrain. Again, no attack on tournaments here. We as TO’s understand all too well how hard it is to buy, build, paint and store enough terrain to keep a large number of tables covered. As difficult as it is it is important to keep tables covered as nothing ruins a tournament game faster than feeling like you had no chance at victory from the word go due to the fact that you had absolutely no cover. That is only exacerbated when your opponent ignores what little cover you do have and can shoot across the entire board! I built my very successful Bjorn Missile Wolf list in 5th on the knowledge that most tournaments had a severe lack of LoS blocking terrain. I knew that with an army that went first roughly 3/4 games and had massive fire power, I would win games frequently just on the strength of my list. Turns out I was right and I won many GTs with that army (although it did get pretty boring to play after a while). We see that again now with armies that largely ignore cover but the problem is even more pronounced.

For me as a player that values maneuver, laying traps, and clever deployment this is especially vexing as it makes me feel like any tactical prowess is reduced from the game. When armies ignore cover and I can’t hide the game is reduced down to who brought the more points efficient shooting list and who goes first. A bit of an exaggeration here but at times it feels like you may as well flip a coin whereas WITH LoS blocking terrain the more clever player can win through maneuver, deployment and tactics. You can play around the firepower advantage of your opponent and the game is now more fair and more importantly, more fun.

So, here is a practical solution to the LoS issue: Beer cans. Yup. Beer cans.

Step 7: Gorilla glue painted cans to a hardboard base in whatever configuration pleases you.

Step 9: Place several of these LoS blocking terrain pieces on the table so that it is no longer a shooting gallery. 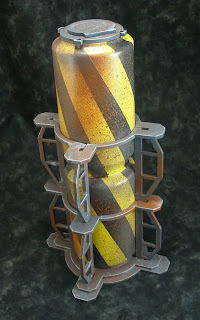 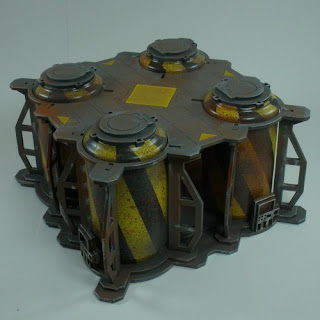 The above images are dressed up with some very cool Keebler Studios laser cut Candimonium kits to hold the cans, but they look good even on their own. That is a realistic, affordable, easy to implement and aesthetically pleasing solution that anyone can do to make the game more fun for both players while not resorting to comp or anything like that.  Both players can play the army they want to play, have fun and not feel like they’re taking it right in the shorts because they’re facing Tau on planet Bowling Ball.

For some variation to the above formula, you can spray cans various colors, using rattle cans as a poor man’s airbrush to get fade effects, use textured spray paints, and add bits from your bits box to really spice them up. Let your imagination be your guide, the resulting terrain is very functional and fun to make.

47 Responses to “Uncle Sam Wants You to Use Line of Sight Blocking Terrain!”