Mech isn’t Dead and Never Was. 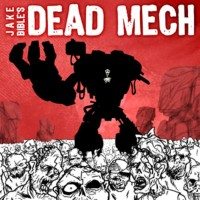 Reecius here to say fire up those transports!

The title says it. Mech isn’t dead and never was dead. As we roll further into 6th (and I am loving this edition now that I have gotten used to it) I am writing more and more lists with vehicles. Unlike 5th though, it isn’t ALL vehicles as we saw so frequently but a good mix of units. I think they went too far with making damage results transfer onto units inside vehicles, but, in whole they really did a good job of balancing vehicles out so that it isn’t a total metal box fest like it was last edition.

Shooty vehicles have actually gotten better, IMO. Well, more specifically, a vehicle designed for offensive output got better. Glacnes don’t stop you from shooting so you consistently keep firing until destroyed. It takes more attention to silence the guns, but silencing them permanently got easier. Fair enough.

Transports are clearly delineated now. Normal transports are for moving shooting units around. Period. If they double as a gunship, great, but if the cargo inside is the real threat it better be a shooting unit. Having the skies filled with threats that can just nuke entire infantry units like Hell Turkeys, FMCs, Flyers, etc. means that that transport keeps your unit safe from at least one unit’s firepower. That can be huge. Now, two units minimum have to shoot that unit to take it out. The added speed is also quite useful, and I find getting a scoring unit into position with a transport is often worth the points, alone.

Assault units in non-assault vehicles just don’t work and the folks that get mad about that are hanging on to 5th ed. Let it go, if you are an assault unit you need to find a new way to deliver yourself into combat….an assault vehicle. Go figure. That said, i do feel bad for people who used Rhinos to get things like Zerkers into combat as that is totally thrashed now, but the Land Raider got so much better that they really do reliably get their payload where you want them.

Coincidentally, the perceived decrease in mech means less AT weapons which means the vehicles you do use, are more likely to stay around. Due to the mix of units in the game now, you see less melta/plasma spam and a mix of all types of weapons to counter the wide range of threats in the game.

Tanks block LoS. You have a static shooting unit and you’re going second? You can put them in a good firing position, park a LoS blocking tank in front of them and then drive out of the way on your turn, freeing them up to shoot.

We’ve been playing around with fully meched armies, almost 5th ed style, and they are just as good if not better, particularly when you consider the decrease in AT weapons and increase in infantry.

How have you guys been feeling about your transports? Still gathering dust on the shelf or are you bringing mech back in your area, too?

35 Responses to “Mech isn’t Dead and Never Was.”