Raw Dogger from Kimchi Games is back with opinions, adult language and some fun facts!

I’m back from my blogging hiatus to drop some knowledge into your eye holes regarding everyone’s favorite 6th edition red headed step child *whew*, the Blood Angels.  No matter how much I try to build and use armies with updated codices I find myself consistently being drawn back to the armored VAMPIIIIRES IN SPAAAAAAAACE *cough* *cough*.  I’m not particularly fond of getting my ass handed to me and I don’t necessarily have a secret WIN button for the little blood suckers, so why is it that I find myself sitting in front of my television night after night writing army lists for the Blood Angels?  It’s most likely stubbornness more than anything else.  I’ve spent more time and money than I’m willing to admit building and painting my Blood Angels models over the past 3 years and seeing them becoming more and more obsolete as the 6th edition behemoth chugs along makes me see red (wakka wakka!). 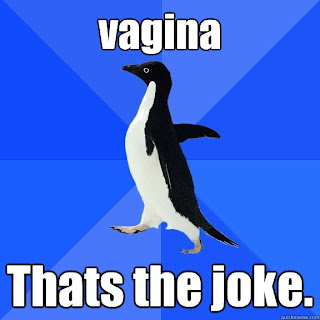 Last weekend I took my Blood Angels to a local Grand Tournament, the Golden Throne.  I put together what I THOUGHT was a competitive list and promptly got Bladestormed, Hell Draked, and Riptide(d) off the tables.  It was fairly embarrassing.  Looking at the 6th edition codices that have come out thus far it is easy to see why Blood Angels have suffered the nerf hammer more than most.  Cheap plasma and armor ignoring weapons have made life difficult for your average Space Marine.  More infuriating is that the only Marine codex to come out in the 6th edition, the Dark Angels, have a lot the same units at a fraction of the point cost that the Blood Angels pay.  Throw in Games Workshop’s need to completely neuter assault in the 6th edition and a Furious Charge/Feel No Pain nerf and baby, you have yourself a red armored shit stew!  Yet still I find myself believing that the Blood Angels still have what it takes to be a top tournament army.  Here are a few units that I believe still have what it takes in the current AP2 cover ignoring 6th edition.

Mephiston, the mother fucking LORD OF DEATH – Mephiston got a lot of flack in the transition to 6th edition, and with good reason.  His sword magically became AP 3 and the lack of invulnerable save made him a prime target for AP1 Storm Guardians (like 6 points?).  Also, strength 7 weapons seem to be handed out with every movie ticket.  Despite all of this, I believe that he does have his uses and still causes MAJOR stress on the part of your opponent.  A lot of players will dramatically alter their deployment to stay away from him and that can set you up for a good game.  He can still lay the smack down with a base strength 6 which can be increased to strength 10 with the use of his psychic power, the Sanguine Sword.  I primarily use him as a monster hunter but watch out because he is still only AP3 with his sword so Riptides should only be assaulted if entirely necessary.  He is also quite fast with a jump pack psychic power (Wings of Sanguinius) and a base Fleet, which means he’ll normally getting into assault turn 2.  At the Golden Throne tournament I had him run up to a Wraith Lord and pummel it, then move on to an Avatar and bitch slap it to death.  At 250 points Mephiston should only be taken in high point cost games.  Say what you will about the Lord of Death, but he keeps his pimp hand strong.

Sternguard Veteran Squad – This isn’t really fair because this unit is also good in the Codex: Space Marines codex but they are still a must have in the 6th edition Blood Angels.  What’s not to like about these guys?  In an edition dominated by high toughness monsters and mobs of cheap troops hiding in cover, Hellfire Rounds (wound on a 2+) and Dragonfire Bolts (ignore cover) are the FUCKIN TITS.  Put these guys in a drop pod with a priest (I like Brother Corbulo for his 2+ Feel No Pain wound tank ability) and watch your opponent cry as his models melt off the table.

Terminator Assault Squads – The ol’ beat stick is still beatin (dick).   You can’t go wrong with these guys.  Put them in a Land Raider with a priest and a Librarian (Divination) and point them at the thing you want to die.  These guys are good in all Marine codices but whatever,  ITS HAMMER TIME, BITCH.

Death Company – Yes, I am aware that this unit does not score and yes I am aware that they cost 20 points per model.  I am also aware that your squad just shit their pants and died.  DEAL WITH IT.  Throw these guys in a drop pod with a Chaplain and a power weapon and power fist and watch your opponent scramble to deal with them.  Oh and guess what?  They’re Relentless.  Take bolters for maximum death.  Each model has 5 strength 5 attacks on the charge (Rage) and with the Chaplain they re-roll all hits and wounds.  Remember that power sword and power fist?  You can’t challenge them away.  CYA.

Assault Squads – No, I’m not talking about Assault Marines with jump packs.  Don’t take those.  In a world dominated by weapons that are AP3 they won’t last long no matter how many Feel No Pains you have.  What you SHOULD be doing is taking advantage of their cheap pimp wagons and sitting backfield until the Short Bus Dragons get taken out.  My favorite builds are the 5 mans with a meltagun and power ax (yes, you need to be able to kill stuff) riding in a Razorback with Twin-Linked Lascannons.  Which brings us to…

Razorbacks – Did you know that Blood Angel transports are fast?  Did you know that Fast Vehicles can move 12” and still fire a weapon at full ballistic skill?  Now you know.  Assault Marine Squads have a built in 35 point discount on any transports they take.  DEAL BREAKER.

Predators – I’ll cover all the predators variants here.  Look, the ability to move 6” and fire all of your weapons at full ballistic skill has won me more games than I care to admit.  Being able to re-position your auto cannons/lascannons to get that perfect kill shot is worth the higher point cost you’re paying above the Dark Angels.

Baal Predators – GET SHIT DONE.  These guys are my go to with the Blood Angels at the moment.  AV 13 fast vehicles that also have the ability to Scout (Outflank)?  I’ll take three please.  I normally take the Assault Canons / Heavy Bolters combo and they can REALLY lay down covering fire.  The best thing about these guys is their ability to Outflank.  They can come in from behind you opponent and blast the living SHIT out of a tank or a wimpy back field scoring unit.  WILL BUY AGAIN.

So that’s it.  In my current opinion, the way to build a decent Blood Angels army is to mix the fast Razorback scoring units with beater units such as the Assault Terminators in Land Raiders.  I would start by using the 500 points necessary to get the terminators and their pimp mobile and then get as many Razorback Assault Marine units and Baal Predators you can afford. If you are planning on going to a tournament that allows Forgeworld or is 2000 points double Force Organization…..good luck. Thoughts?

He is pretty funny! haha

It was about take all comers as it can get. I didn’t necessarily think it was a bad list it was more of my classic bad rolling. I took a lot of the units that I mention in the article.

Ah. Yes, bad rolling can put a damper on any plan. I did find your analisis informative and I also feel that BA have a place. Mephiston and his big ass sword included.

You know I used to take one in all of my lists but with the amount of Forgeworld AA that is on the tables these days it just gets blown up as soon as it hits the board. They are also really pricey. If you do want to take one your best bet is to double up on them so at least one has a chance to survive.

My jump assault marines are still on the shelf waiting for the day I take them out again.

Nah….they’ll probably see Ebay before they see the tabletop again.

I do think BA MSU-mech is viable, however. Keep it up, dogger. You’re on the right track.

Yeah, he and I brainstorm lists a lot. I think he is on the right track, too. Hammer units, speed, firepower. That is a recipe for success.

BA has some interesting unique to them dreads that can do all sorts of damage. Imagine Reecius game three but replace the Ironclad with something that chews through opponents instead of just tar pitting 🙂

I know, but BA can’t take the Dread Drop Pod! hahaha, it would probably be a bit too good though, honestly.

I have had good results with Fear the Darkness. A Jp Libby and a Libby Furioso get in range and scare the enemy away. It works well against Tau as the Riptides are not fearless and the Ethereal cant be everywhere at once. Tau are so often on the back board edge. I built a bike Libby so I can get a third Fear the Darkness in there.

Reece, I gotta give you a game at the store before the LVO. Would a week or so before be possible?
Also, lucius drop pods can be used by BA in the new forgeworld book.. apparently…. but the rules have changed quite a bit, no more first turn assault but yuo can stay on board.. possibly and the vehicle gets shrouding… pretty hilarious with shield of sanguinius from a libby:)

I hope they get a new codex in 2014. Sixth edition was very unkind to them.

I don’t think BA MSU is viable. They don’t have the volume of fire necessary to compete at the top tier. Probably Corbulo is the best thing they have now for sixth edition.

What about those dudes in the gold armour? I came up against those guys with a priest behind them and mephiston and they ended up chewing through a lot of my plague bearers and killed a great unclean one. Admittedly I made some mistakes with deployment and had some unlucky dice, but a 2+sv jump infantry dude with fnp seemed pretty good to me.

The Sanguinary Guard are just too many points for 5 toughness 4 1 wound models. They CAN be made into troops if you bring Dante, but that is a 225 point fail tax. You can also bring a priest (75 points with jump pack to give them Feel No Pain) but you see where I’m going with this. Also, with the plethora of armor ignoring weapons in the game now and cheap mid-strength gun line units you’ll most likely never see combat.