You are here: Home › Uncategorized › Signals from the Frontline: Warhammer 40K and General Gaming News, Rumors, Tactics and Bad Jokes! 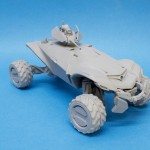 Rumors: The Rumor Section is gathered from the web and is not in any way information we receive from Games Workshop or any manufacturer. This section is meant for entertainment purposes only.

Hello I was looking for a little feedback as to how you think a list might fare in competitive play.

Kind of Worried about the ethereal being the warlord seeing as he is so easy to splat,

Might want to ditch the broadside Team for a better commander, also worried about too few marker lights

Any Input is Highly Appreciated

Thank you In Advance

Posted on August 3, 2013 by Reecius in Uncategorized

← Guest Editorial: A tool for every task, or why you need to know your opponent’s Army. A Battle Vignette.
Golden Throne GT is Behind us! →
0 0 votes
Article Rating
Subscribe
Login
17 Comments
Oldest
Newest Most Voted
Inline Feedbacks
View all comments

the argument for 2+ cover from a ruin while your in cover is that the rule for area cover and going to ground says if you go to ground you increase you cover save by 2. it doesn’t say increase your area save from the area terrain by 2.
It’s a bit lawyery but it’s just like shrouding grants +2 to your cover save. don’t have book with me but I recall it and abuse puppy went through it on a 3++ link and it makes sense. I’ll always check with an opponent about it first though no biggie either way:)

A better quotation for the issue with the hills would have been page 105, “Ridgeline/Hill Crests”

Well, there you go! Thanks!

I read the same on 3++. The crux of the argument was based around this – you have 25% “ruins” coverage inside of a woods or other area terrain. Area Terrain gives 5+ Cover / Ruins give 4+ Cover. So right now you take the Ruins 4+ cover save. You go to ground – the question is do you get the 2+ bonus for being in Area Terrain or do you only get the 1+ bonus because you are using the Ruins cover save and not the Area Terrain cover save?

If I remember right one side argued for the 2+ because you are standing in Area Terrain. The counter is you only get the 1+ because you choose to use the Ruins Save instead of the Area Terrain save and the bonus is based on the terrain you are using for cover.

This calls for me to re-read cover and cover saves a few dozen more times; however, I am inclined to go with the later argument at this time.

About the vehicle do your glances first thing. I was super excited about this as I play horde daemons and have killed half of my units due to exploding vehicles. But on P.74 it stats in the vehicle penetration paragraph, “You must roll on the vehicle Damage table even if the vehicle loses sufficient Hull Points to be wrecked, as there is still a chance that it Explodes!”

Another thing about units in ruins in the ruins rules section. “You should agree with your opponent at the beginning of the game whether or not any other unit types can enter the upper levels of a ruin (Walkers and Monstrous Creatures could be allowed to enter srurdy looking ruins).”

I think one of the biggest problems about the 40k rules is that this is a beer and pretzel game that they want us just to play and figure stuff out, chugging a beer to see who is right or wrong, not give us a more concise and clear cut rule system for us to play at tournaments. I love tournaments and competitive play, but also think you need to clear up some of these issues before the game starts or the TO needs to clear up some of these issues with a FAQ.

Mercutio is from Romeo and Juliet – the prince of cats and such..

..also.. I’m hoping for a Christmas Card.. other than that i have nothing to add to serious conversation

He was indeed! Thanks.

I wasn’t trying to be a jerk about it -lol- shakespear is one of my things..

… my ferrets are all named after characters from hamlet..

Haha, not rude at all, I love Shakespeare and am disappointed I didn’t get make the connection, myself!

Paraphrasing this episode of the podcast…

Decision: “Should we get our own room at the convention?”

Cons – We don’t get to look at cosplay girls

That sums up that part of it! haha