Tau seem to have everyone ducking for cover these days, and running for the hills. Time to get tough–Uncle Sam style–and sock it to those fish faced socialists!

Reecius here from Frontline Gaming to show you how to overcome the Red Scare of the 41st millennium! They’ve been kicking butt at tournaments and locally we’ve seen them steamrolling a lot of players.

The seldom seen red-headed step child of 5th edition is back with a vengeance to show the capitalists the error of their ways. Those of you who remember 4th edition will know how good Tau can be as they were a powerful force in the tournament scene back then. However with the core changes to 5th, Tau saw themselves go from THE shooty army from hell to a sad faced second fiddle. In the hands of a skilled general they could still perform fairly well but in general everything out-shoot them.

Come 6th ed and WOW! Tau are back in force. At Frontline one of the most common questions we get from folks is how to tweak their list to deal with Tau. Tau pack in an absurd amount of firepower and can easily overwhelm an opponent that is unprepared. More than that, it is a sobering experience to play Tau for the first time as it feels like you may as well not even use any terrain the way Tau ignore cover and LoS. 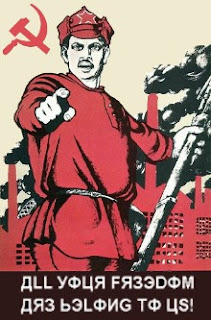 On top of that, Tau essentially shut down reserve tactics with their 5pt interceptor upgrades that can be had so easily throughout the army. Devastating overwatch abilities, cheap leadership buffs (oh how Chaos Space Marines wish they could get Ethereals!) and more unit/wargear combos than you can shake a stick at, Tau really do bring the heat. It is easy to feel a bit helpless when playing against a good Tau army.

But fear not, my fellow champions of democracy! The Reds will never overcome good old fashioned freedom!!! Freedom Imperium style, where if you don’t do exactly what we say you’re burned as a heretic….

But let’s not get caught up in petty details. Let’s look at what makes Tau good and how to counter it. 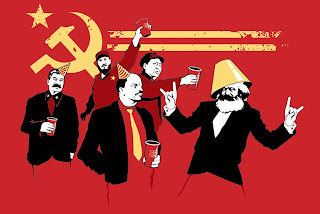 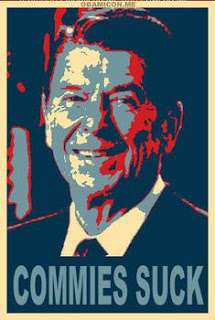 How to whip the commies!
It’s all about target priority. You have to know what to kill, when. With Tau, the key is to look for the linchpin units that must be taken out first in order to make everything else weaker and more manageable. Now, there will never be a truly hard and fast rule to this as every game is different (terrain, mission, lists, etc.) but generally speaking, I have found the following to work for who to nuke and when: 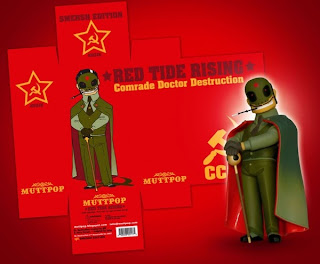 Generally you don’t want to fight Tau straight up unless you can reliably get into combat (Daemons) or you can straight up out-shoot them. Don’t play their game. Don’t stand and duke it out with them if you can’t win the shootout. Don’t charge them head on unless you know you can get your assaulters into combat.
Look at the Tau list you can facing and from the beginning of the game determine what your course of action will be. Is it an objective game and you are just going to hide, going for objectives last turn? Can you outshoot them? Do you need to go hellbent for leather and send your entire army in a headlong charge knowing that even your weakest units or the few warriors that actually do make it can probably win a fistfight with Tau? No matter your course of action, you need to decide make the choice early and go for it because if you don’t, you too will fall victim to the red tide!
Lastly, here is a video of Eldar vs. Tau where the Tau get what for!