Raw Dogger on Tau: Why Tau Will Rock Your Face 100% of the Time

He’s back and he’s opinionated! Caution, Raw Dogger curses like a sailor and easily offends. Reader be ware! -ed

This past weekend I went to a local RTT that also happened to be a qualifier for the upcoming Feast of Blades tournament in Denver, Colorado.  I brought what I THOUGHT would be a tournament winning Dark Angels/Imperial Guard 1850 point list.  I won’t lie, I walked into the game store pretty confident in my list.  If you described me as being a bit cocky it would be an understatement.  Alpha Striking terminators with the Azrael/Guard 4+ Invulnerable save blob of DOOOOOOOOM?  I gots that!  I was ready to beat it like a sore dick, i.e. hard.  Little did I know I was about to be the sore dick getting beaten i.e. hard. 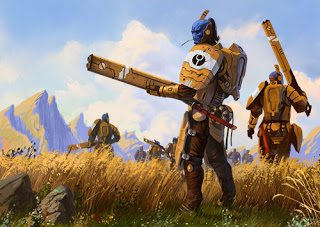 I would like to preface my embarrassing defeat with the fact that I have not really played against nor have I read to far into the new Tau codex.  I knew that they shot dead killy and were almost as tricksy as the light on their feet Eldar, but was ultimately so unprepared for what was to come I’m surprised I was still wearing my pants by the end of turn 2.  By the end of turn 3 I had to call the game, since that’s just how I roll (READ: I’m a quitter, Vol.1).  So what happened, Raw Dogger?  What caused you to consider Tau the new hottest thing?  The best army since sliced bread?  Please keep in mind that I STILL have not read through the Tau codex so I’m basing my opinions off of what beat me to hell in the game. 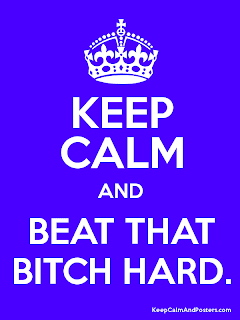 I’m sure there is a LOT more that makes them insufferable, I just didn’t last long enough to find out.  I think the thing that makes me the most upset is the fact that there is LITERALLY nothing you can do about getting shot off the board.  All I could do was hunker down and hope I had models left on objectives by the end of the game.  This isn’t enjoyable.
What do you all think? Tau hyper powered or no? For more from Raw Dogger, check out his blog: http://kimchigames.blogspot.com/ -ed