The Wraithknight and his G.I.Joe Kung Fu Chop of Doom!

You are here: Home › 40K › Editorial › The Wraithknight and his G.I.Joe Kung Fu Chop of Doom! 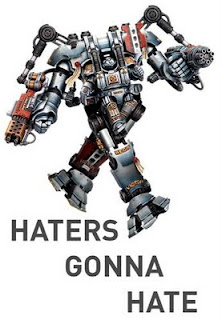 The Wraithknight is a champ, haters be ware!

Reecius here from Frontline Gaming to stick up for my boy, the Wraithknight!
Much like the maligned Dreadknight (although for different reasons) the Wraithknight has been cried about online more than anything else in the Eldar release. As the internet produces a lot of whining, crying and unfounded complaining in general, this is really saying something.
So, I got my Wraithknight assembled (fully magnetized for all kind of options!) and have been trying him out. All I have to say is: Boss!
Yeah, you heard me, the Wraithknight is a boss. 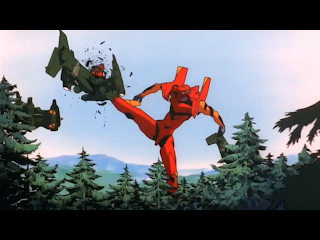 If you can find your umbrella to shield your self from the tears of the complainers, you will see that the Wraithknight is an absolutely fantastic utility unit. Plus, I just wuv the big lug, really a brilliant centerpiece model. 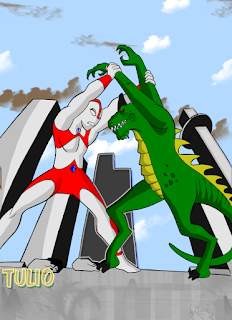 The key to using this unit, like almost every unit in the Eldar dex, is to play him to his strengths. Obviously don’t be an idiot and charge him into a blob squad. Obviously try to eliminate Venoms and such ASAP.
Have him go after heavy tanks, have him go after tough units like Paladins and Oblits, etc. With Guide or Prescience, he stands good odds of dropping a flyer. You want to present your opponent with a lot of threats, not just big dog Wraithknight by his lonesome. In an army with multiple, viable threats, he drops on the priority scale.Played well, he will become a mainstay in a lot of lists. He has the speed to go on the offensive if needed, to fill gaps in a failing defense or attack where needed. He packs the much needed str 10 guns Eldar typically lack, and he will judo chop most things in the sack in combat.
In my opinion and so far in practice, this unit has really impressed me and I play on running on in all of my builds alongside the Jetseer, War Walkers and Warp Spiders, who are all just fantastic units.

37 Responses to “The Wraithknight and his G.I.Joe Kung Fu Chop of Doom!”