Guest Editorial by Raw Dogger: A Gentleman’s Case Against Forgeworld (kind of)

You are here: Home › 40K › Editorial › Guest Editorial by Raw Dogger: A Gentleman’s Case Against Forgeworld (kind of)

Raw Dogger: He’s Snarky, he’s opinionated, and he’s back with another article on Forge World! -Ed

A couple of weeks ago I packed up the car and headed south to San Diego to take part in the annual 40k tournament, the Broadside Bash.  An RTT that focuses not only on competition but appearance and sportsmanship as well, the Bash lived up to its reputation as a premier west coast event that I’ll be sure to make the trip down for next year. First, a couple notes about the Broadside Bash.  It is 2000 point tournament (no double force organization) with 40k approved Forgeworld units allowed.  Appearance and sportsmanship points are a large factor in the tournament, but having a fully painted army is not required to win.  Composition scores might have played a part in the overall score, but from what I could see most lists were extremely powerful and fluff bunny lists were few and far between.  Despite my excitement in traveling to San Diego to take part in the tournament, there were a couple of factors that I was concerned about. The first was the point level of the tournament. In my opinion, 2000 points in too high in a competitive environment. It gives too much power to certain armies who have a greater abundance of powerful units to choose from.  It also takes a lot of the challenge of list building out of the equation, since with 2000 points you are able to take just about everything you want (and a bag of chips).  The second concern I had was with Forgeworld 40k approved units being allowed. 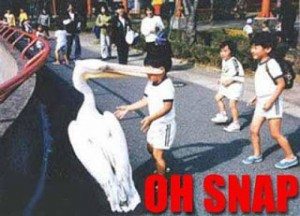 I normally do not have a problem with 40k approved Forgeworld models being allowed in tournaments, and I think my main concern was the point level of the tournament. 2000 points gives players a LOT to work with when deciding to take high point cost units.  It is no surprise that certain 40k approved Forgeworld units are more powerful than others, and it certainly shouldn’t be a surprise that some of the most powerful are available to an army that certainly doesn’t need any additional help in the current edition.  I am speaking, of course, of the Imperial Guard. With the amount of cheap, effective firepower the Imperial Guard have at their disposal I am left to wonder at the necessity of allowing them to take cheap anti-aircraft weapon platforms and flying murder vultures that disintegrate your horde of infantry with contemptuous ease.  I understand that Hell Turkeys are a broken unit, I really do.  I am just as frustrated with their 360 degree marine melting death as the next guy.  Throw in the ridiculous looking model as well as the laughable premise and you have a unit that is just asking for a nut punch. 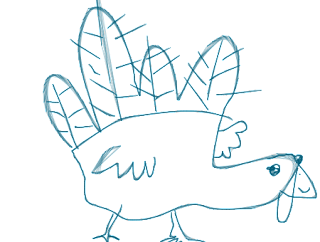 Yes, it is dumb when someone brings 3 Hell Turkeys or 9 Necron flyers in a list but allowing Forgeworld units into the competitive environment in order to counter the cheesy flyer lists has given birth to newer, cheesier Forgeworld 40k approved armies.  It’s like the Simpson episode where Bart finds the exotic lizards that eat all of the pigeons and breed uncontrollably, so the town plans on bringing in snakes to eat all of the lizards.  When the snakes get out of control they plan on bringing in Gorillas to eat the snakes, which will then die when winter comes around.  While playing against 3 Hell Turkeys or 9 Necron flyers is annoying, so is playing against someone with 2 Mortis Contemptor Dreadnoughts, 6 Sabre Platforms, 7 Missile Batteries, and a Vulture (this, by the way, is the list that wiped me off the table in game 4).  Is it fun to play against someone who takes multiple toughness 7, 2 wound platforms that are surrounded by guardsmen (who count as toughness 7 for some reason) behind Aegis Defense Platforms?  No, it’s not.  Who is more of the asshole, the guy who brought 3 Hell Turkeys or the guy who brought 9 Sabre Platforms?  They both are, in my book. 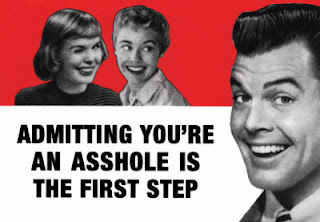 An opponent at the Bash made the comment that Forgeworld brings 40k into the realm of Magic the card game, in that the people with the most money have the advantage of purchasing expensive units that have the ability to dominate the battlefield in ways that mundane units cannot.  It is not surprising, therefore, that an army comprising of majority Forgeworld models won the tournament handily.  Does this mean we should not allow 40k approved Forgeworld units into games of competitive 40k?  I don’t think so, at least not at lower point level tournaments.  I do, however, feel strongly that they should not be allowed at tournaments over 1750 points.  What about cheesy flyer lists that adhere to legal GW codices?  Should we not allow spamming of these units in tournament play?  Again, I would have to say no.  With the Dark Angels codex having Flakk Missiles and the new Tau Codex having several brutal anti-air units and upgrades, it appears that GW got the message about the overpowered nature of flyers and are giving new armies the ability to take them down using codex units. 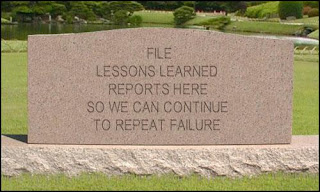 Ultimately, I believe the problems of Forgeworld approved and spammy flyer lists can both by solved by adhering to a 1500 point limit at all major tournaments.  At 1500 points, you must be much more conservative with your points and spending too many in any one force org slot will result in an imbalance that will lead to a lot of losses.  I also believe that there should be a limit to the amount of Forgeworld that should be allowed at tournaments.  One unit per army should be more than enough to fill any gaps in the GW codex.   I know this is a hot button issue at the moment, with angry people on both sides of the argument gnashing their teeth and yelling at their cats.  This article is not meant to cause anymore division on the subject but to evoke thoughtful dialogue that can hopefully bring some consensus to the community.  So tell me, what do you think?  Are Forgeworld models still filling a necessary gap or are we now allowing power gamers with deep pockets new ways of blowing their opponents of the table, like so many leaves?

28 Responses to “Guest Editorial by Raw Dogger: A Gentleman’s Case Against Forgeworld (kind of)”