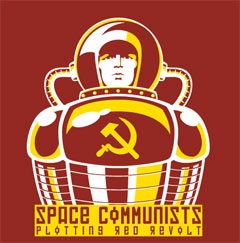 Here we go for round 2! Still have a lot to learn about the good old Tau, but I think this list looks solid at this point in my developing Tau knowledge.

The deeper I go into this book, the more subtle combinations and tricks I see. It looks like it is going to be a lot of fun.

One of the things I notice though, is striking  a balance between kill power and cool support units. I will post the list and talk about what I mean after.

Riptide: Ion Accelerator, Twin Fusion or Plasma, not decided yet. Early Warning Override would be a good choice, here, too.

So, why the choices I made? Well, I tried to make a lot of units that could double duty if at all possible, and to cover all the bases you need to cover to win 6th ed missions.

First off, Aun’Va. Ethereals are SO good. I imagine I will use one in every list I write. I like infantry lists, and Ethereals benefit them so dang much. Aun’Va has some ups and downs over a normal Ethereal. For one, everyone on the table gets to reroll failed morale checks. That is extremely good and means that a critical failed morale check can be rerolled to keep your army from falling apart at the worst moment. It doesn’t appear that he has to be on the table for that either, although you would rarely keep him off the table due to his aura abilities. He also gets to use two of the Ethereal aura abilities at a time, which is really good. You will actually use that 6+ FnP now as why not? Gives you a little extra boost. He also comes with a great Warlord Trait: once per game your entire army can get up after having gone to ground. Nice!

His downside is double the cost and he comes in a unit and so can’t hide in a more durable unit like Broadsides, etc. Playtesting will tell if he is better than a regular, cheaper Ethereal. As of now, he screams: kill me for First Blood and Slay the Warlord in one fell swoop!

The Suit Commander as I have him is really multi-functional. His primary purpose is to buff the Marker Light Drones he runs around with. 2 of his own, and the unit of 6 in the fast slot. They all become BS5 with him, are mobile Marker Lights that have the jet pack move to stay out of trouble. Further, he has a barrage weapons with BS5 and Target Lock so he can shoot a different target from the toasters. Barrage weapons are too good not to take, and his ignores cover which is even better. A lot of armies use weakling troops these days to hold objectives, this weapon is custom built to smoke them. He also has Hit and Run with the Retro Thrusters to escape combat (assuming they don’t get run down! haha. Hopefully he is in the Ehtereal aura and Stubborn!) Iridium Armor to make him nice and tough. Lastly, the Onager Gauntlet (you have to to a Dragon Upper Cut every time you use this! haha) allows him to do something in assault and to smash up vehicles if they get close. This guy is a real utility unit that can fill a lot of roles.

The troops section is pretty basic, nothing too crazy. The Kroot are nice and versatile with Infiltrate, Sniper weapons and outflank. They are a nice tool for when you find yourself facing those nasty MCs and such, particularly those that can get Iron Arm. Firewarriors benefit from the Ehtereal Auras well and do what they do: shoot stuff and hope to jeebus they don’t get assaulted by anything! I may split one unit up to run as 2 units of 6 for more coverage, but that is asking to give up First Blood and doubles the amount of Kill Points you have to give up, plus it dilutes the effectiveness of Marker Lights for them.

The Pathfinders can run as 2 units of 5, or a single unit of 10. I go back and forth on this as units of 5 can light up more targets, but are easier to kill, are prime targets for First Blood, and are double the Kill Points. As a unit of 10, they also have the dual function of being used as another damage dealing unit if you don’t need them to serve as a Marker Light unit. They are mobile with 20 shots, not bad!

The Riptide I am running pretty cheap. He is equipped with all AP 2 or lower weapons to deal with heavy tanks, 2+ infantry, etc. I skipped a lot of the upgrades for him as with the amount of Marker Lights in this list, he will be getting buffed from other units. Plus, the model is too cool not to use! As a monstrous creature, he is also decent in assault and can go smash up vehicles if needs be. I considered the Shielded Missile Drones as for 50pts you get 2 extra 4++ wounds and decent fire power. That is pretty dang good. If I decide to drop Aun’Va for a normal Ethereal, there are those points. I am considering dropping a Kroot to take the Early Warning Override too, as that is a super useful item for only 5 points.

The Skyray is the straight business. Being able to shoot Flyers with normal BS, 2 Networked Marker Lights, durable, 6 Seeker Missiles for massive Alpha Strike potential, AND cheap as chips? Yes please! This guy lights up a flyer and lets other units actually kill it, like the Riptide or Broadsides. I am contemplating taking 2 and dropping the Railhead.

The Hammerhead is there because you need something to kill those pesky Land Raiders, Leman Russes, Battle Wagons, etc. at range. The Submunition Rounds and SMS means he is good against infantry, too. Plus he is cheap and with all the Marker Lights in this list, he will be very reliable. I considered Sniper Drones as they look like a fantastic unit, but I think you need that insurance policy of the boom stick.

The Crisis Suits are great, and really self sufficient. They are mobile, can take on a wide variety of targets, are good vs. flyers, and are all around very useful. I find the Missile/Flamer combo to be great and not too pricey, either. I considered throwing some drones in there, but I don’t think they need it. Shield Drones if anything, maybe at 1850. They benefit from Marker Lights, but don’t need them which is nice.

Broadsides! I love these guys. The way I have them set up they put out staggering firepower. 24 strength 7 shots, half of which are twin linked, 12 strength 5 shots that are twin linked and ignore cover. Nice! Plus with the Drone Controller they give a great boost to the Drones’ BS, and the other two suits have Target Locks so they can all shoot different targets if needs be. These guys really benefit from the Marker Lights, and again, Flyers coming in get lit up by the Skyray, and these guys blow them away. Plus, as with the Riptide, I LOVE the models! They look so cool.

Lastly the good old Aegis and Quad Gun. Can’t really beat a classic. Tau love this thing as they have a lot of units that benefit from it’s defense and can shoot the Quad Gun. It is worth considering giving one unit of Fire Warriors the squad leader upgrade (Shas’Ui) with a Target Lock as he can then fire the Quad Gun at something other than what his unit fires at, but that is a lot of points to pay. The Skyray combos with this unit well as it can light up a flyer to take away the jink save and then let the Quad Gun shoot it down much more easily.

So there you have it! I am still taking in all this information and need a LOT more play testing under my belt, but I think this is a really good list on paper at least, and a good starting point.

The issue I mentioned at the beginning of the article: that you need to strike a balance between support and offense, can be seen in this list. It really doesn’t have a crazy amount of firepower. IG will pack WAY more firepower in. This army needs to be used correctly to compensate for that. With all the Marker Lights, the shooting you do have can be absolutely deadly if coordinated well, but that is the trick, isn’t it?

Dealing with fast assault armies will be tricky, too.

Allies helps a ton with this. Eldar allies particularly help a ton. A Jetseer, Guardian Jetbikes and a unit of Firedragons add so much to Tau. Psyker defense, Divination for rerolls (can be huge for Tau), a fast, cheap scoring unit, and Firedragons that make the Quadgun just deadly in the AA role, and are themselves a great unit for killing…well, pretty much anything but particularly heavy tanks and infantry.

Space Marines add a ton, too. As do Orks…haha, but allies and Tau is the subject for another article.