Words on Winning With Tyranids: An Addendum

You are here: Home › 40K › Tactics › Words on Winning With Tyranids: An Addendum 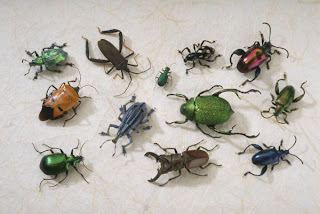 Hey Everyone, Reecius here again from Frontline Gaming to touch on Nids again.

I know it was meant to be a 2 part article, but since the last article I have had some more real-world application of the ideas presented and wanted to share the results.

First of all, here is a tournament report with my bugs in action at a local RTT.

Besides being a really good time, that event reinforced some of the ideas I have been having on bugs as well as open up some new ideas.

Homagants were great! I took them only because I didn’t have enough Gargoyles built to run another unit of 20-30 as I had planned. I did have Hormagants built though, and brought them as I run them only with Poison and that comes in at the same cost as a fully buffed Gargoyle. I liked them on paper and as many of us have to, I worked with what models I had on hand when it came time to go and play.

They kicked butt! I found that the ways they worked with the Gargoyles, Swarmy and the rest of the list that they really did shine. In 2/3 of my games, they did the most damage. I would give them Furious Charge with Swarmy before going in if they were up against a T4 target, and that would give them a huge boost in damage (rerolling wounds). Against anyone else, I didn’t bother as it wouldn’t matter. That saved me a lot of points by not giving them adrenal glands. Once in combat, the Hormagants were much better than the Gargoyles. They also served as a great follow up unit, coming in right behind the Gargoyles. The Gargoyles are buffed with increased defense (which I will touch in next) and soak overwatch, etc. The Hormagants then charge in not worrying about losing initiative bonuses due to cover and let their I5 really shine. Also, with Instinctive Behavior: Feed, you can intentionally run them out of Synapse and go for Rage on a critical charge.

The Zoenthropes were a standout unit, too. Previously I had been frustrated with them as I was trying to use them offensively with Terrify, Psychic Scream, Enfeeble, etc. For me, they under-performed in that role. When I switched gears and ran them as primarily a buffing unit, secondarily as a debuffing and support unit, they really performed well. I went Telekinesis almost every time. Telekine Dome and Objuration Mechanicum were amazing. I would use the Zoeys to put Telekine Dome on the Gargoyles (my primary screening unit) and the Tervies would put Feel no Pain on them (I almost always use their book powers) to make them ultra durable. With a 5++ (take that, stupid Hell Turkey!) and a follow up 5+ FnP, this unit shrugs off small arms fire. And, the unit is SO big, takes up such a huge amount of space while typically going right at your opponent, the bounce back effect from Telekine Dome is super useful. I find it immensely satisfying to kill enemy units with friendly fire! Muahaha!

Objuration Mechanicum is the business for a number of reasons. For one, it pretty much eliminates Overwatch which can be really painful for bugs. Forcing your opponent to reroll 6’s to hit and wound also means that your bugs, particularly the big ones, are much harder to hurt in combat. Swarmlord especially loves this as most things hit him on a 5 and wound him on a 6, it pretty much makes him invincible! I find that going for this power really helps to mitigate not getting Iron Arm. It also helps to protect Flying MCs (if you use them) by casting it on a enemy shooting unit that may otherwise prove to be a threat to your airborne units. 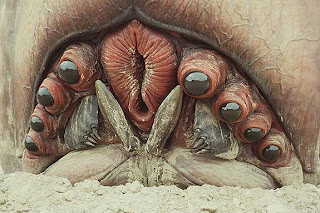 Enfeeble and Endruance are also great, but I find that some of the Biomancy powers aren’t really useful for Zoeys, such as Iron Arm and Warp Speed. I find that all of the Telekinesis powers are good. Gate can save your butt by denying a key objective or providing synapse on the last turn, and Zoeys are durable enough that even if your opponent has the bottom of the turn they have good odds of surviving retaliation  Telepathy is also fantastic in the right circumstances. Terrify can be game winning. However, I almost always go for consistency and I found Telekinesis to be the most consistently useful.

In short, the Zoeys are just too useful to not take. They provide synapse, and are incredibly versatile.

The other change I am making to my list is to drop a Tervigon in any game under 1850pts. Heresy, I know, but I found that they really didn’t serve as useful a function as expected. Some people play their’s aggressively  fully buffed up with powers and kit and send them forward into the fray. I found that to be too risky for an expensive, sub-par fighting MC that was very important to winning games by taking objectives. As such, I found mine always in the backfield babysitting Gants and camping objectives. I also found myself stripping them down in points, too, as they rarely contributed to the fighting. It is a risk to only have 1 Tervigon in case it poops out early or dies to focused fire, but I am willing to take that risk for increased offense. I think taking one big unit of Gants in it’s place (20+) yields a very reliable scoring unit that saves you points, is only a single Kill Point, is not threatening enough and hard enough to kill that most players will ignore it as they have too many other threats bearing down on them that require immediate attention. We will see how it pans out, but I feel confident it is the better move.

Well, there you have it! The bugs are just such good fun to play, and subtle changes to your list send ripples throughout the other units, really changing the way the army plays. For example, I have been experimenting with an Armored Shell Dakka Tyrant and a Flyrant with Old Adversary and seeing how it changes things. Combined with Swarmy and smart model positioning, you can get pretty much all of your army that needs it, Preferred Enemy when they need it. Even Biovores benefit from it in that configuration and the effects are really fun to play around with. This is truly a thinking man’s (or woman’s) army that benefits experience and practice. Let me know if anyone else has come up with some cool combos that I may have missed!

← 30,000 Feet Above: State of the Game
Guest Tactica by Cameron: Tyranid Anti-Flier Tactics →

10 Responses to “Words on Winning With Tyranids: An Addendum”

Leave a Reply to Francis