Can We Take GW Over with Kickstarter?

You are here: Home › 40K › Editorial › Can We Take GW Over with Kickstarter? 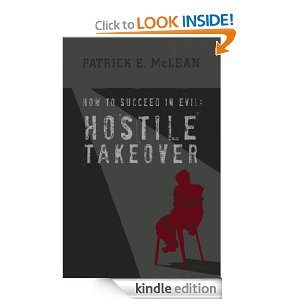 So, Tastey Taste and I were having a funny conversation, but what if we could really pull it off? Hmmm….

We were laughing that we should start a Kickstarter to buy a controlling portion of GW shares! Haha, that would be hilarious! We could offer stock as the product for sale, with the more you pitch in, the more stock you get! It would only go through if we had enough to buy up the shares.

Then, we could run the company the way we thought it should be run! No more crazy price hikes, let the design team run things free of corporate influence, actually utilize the IP to grow the brand with cartoons, movies, etc.

It often feels like GW exists only to abuse the awesome IP and game that we love in order to lure dollars out of our pocket. While I fully support free enterprise and the right for the creator of something to profit from it, when it compromises the integrity of the product it becomes a problem in my mind.

Oh the things we could do! But then, you you run into all the issues with who gets to make decisions, etc. and in the end you’d probably end up with more of a mess than anything else. If it were possible to have clear leadership though, the possibilities are enticing!

We were joking, of course, but it was fun to joke about. Putting the game in the direct control of the players would certainly help to improve the integrity of the game. We could have the rules we wanted, frequent updates, clarifications, etc. We would be able to vote on models and units we wanted to see, etc.

The company would almost certainly not be as profitable, but would that be so bad? So long as it could innovate, produce new products, support and engage the community and create something we all really had a vested interest in would be pretty awesome if it actually worked.

So, something to think about as a code red fall back! haha, if things get really unbearable, we may have to take matters into our own hands!

15 Responses to “Can We Take GW Over with Kickstarter?”